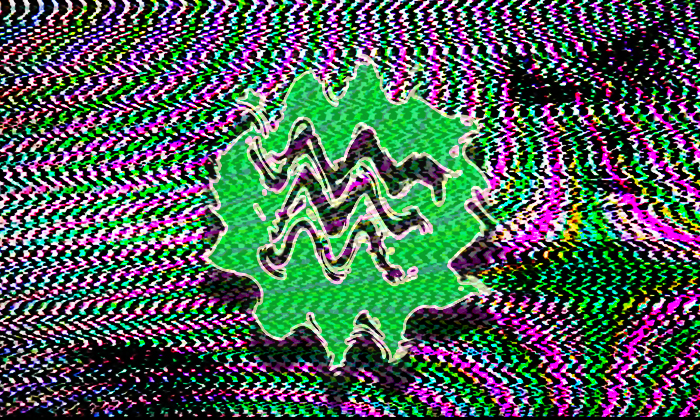 Every year, tons of great music comes out that’s not available on Spotify. Thank the gods for Bandcamp and YouTube, however, for without those platforms, tons of incredible tracks would go unheard. Now, if you’re one of those musicians or labels that only release music on physical media, well god bless you, no one’s hearing that stuff but the privileged few!

These are our favorite things from 2018 that can’t be found on many major streaming services but are still available online all the same.

No secret that we’re big fans of The Foster Family Band so we were super stoked to find a couple new singles from the Phoenix orchestral operation pop up on Bandcamp this year. “Clever Man” kicks off the two track release of the same title with a lively instrumental that mixes Eastern European folk music with a little Americana and a splash of storytelling to create this vibrant soundscape. “Heavy Now You Know the World” brings us back to the uniquely symphonic indie folk that marked The Foster Family Band as forever favorites of ours. Check out Clever Man and then head here to catch the band performing live in our Songs from the Listening Room series.

The Freaks of Nature

Released on 45 through Related Records, “Want Me!” (b​/​w “Now You Say We’re Through” originally by The Puddin’ Heads) is a garage rock stand-out. Definitely worth checking out for any fan of teen 60s punk, you should also check out the other musical offerings from Related Records since most of their releases are only available through Bandcamp and their website.

The 2018 self-titled album from Gene Tripp is a masterpiece in somber Americana. While the songs may come from the mind of Jay Huffman, with the help of the incredibly talented players Lonna Kelley, tidypaws, Thoger Lund, Connor Gallaher, Dimitri Manos, and Ryen Eggleston the songs ooze an unquenchable yearning. As editor Carly Schorman stated in her origianl review of Gene Tripp, “More than a collection of mere songs, Gene Tripp’s s/t EP is a collection of sad and breathtaking moments.”

This six song EP from Tucson’s Whispering Wires dropped in November and we’ve been amped up on it ever since. From it’s 13+ minute opener all the way through to its sweet ending which professes love for Batman, Lisin to Whispering Wires offers listeners sunbleached psychedelia blasted right out of the garage to your earholes.

“Strength Was Always Your Weakness”

The Breakup Society’s 2018 single has been a lingering tease since its May release. On “Strength Was Always Your Weakness” you’ll find the lyrical stealth and pop sensibility that has defined the band’s sound and its place as a staple act on the Valley circuit. So… where’s the album? We want a whole album now.

All Roads Lead To This

Harsh Mistress are back and once again they’ve delivered the psychedelic pop goods with All Roads Lead To This. Featuring Tucson mainstays Jeremy Schliewe and Matt Rendon along with special appearances by Johnnie Rinehart, Anthony Höehn, Cherish Rendon, and Rob Lintjer, as original reviewer Jakob Casement said, “It has a definite unruly yet tender tone and offers a symphonious mixture of joy and despair.”

Not only did Serene Dominic write 2018’s Dark Lullaby, the musical based on the 1945 film noir classic Detour, he fronts the house band for the show as well, the San Jacinto Death Row Prison Band. Although the band may have been formed to be the pit band for Dark Lullaby, the band has taken on a life of its own, performing around a dozen shows. Definitely keep your peepers peeled for when the SJDRPB plays again by following them on Facebook.

The 16 Eyes debut album Look was released at Chopper John’s in Phoenix on September 15, and we’ve been swingin’ in the office ever since. Local hepcats Frank Labor, Orin Portnoy, Steve Ostrov, and Ward Reeder pack a wallop on Look‘s 14 sizzling tracks of classic 60s garage and we couldn’t be more thrilled. To check out Mark Anderson’s original review of Look in our first issue of YabYum’s Wonder Rut zine, head on over to our Official Merch Page or to Wasted Ink Zine Distro and pick up a copy or two…

The Doyénne has been building a bit of a reputation around town as a musical auteur. The music that emerges from this endeavor can be heard online (thanks to Bandcamp) but it is really something best experienced in person. That’s not to say, listeners can’t hole up with the digital soundscapes and personal lyrical revelations of The Doyénne on 2018’s strange kind of love. You can and you’ll be the better for it. But if you’re trying to live your best life this year, get out to the live event and I promise “strange kind of love.” will stagger you with its raw emotive power.

When In AZ Volume 2

Perhaps you’ll recall this gem of an album that came out in 2018 featuring 100 AZ musicians covering their favorite AZ musicians. Not only is it “a living record of all the amazing music that comes out of our state… more importantly, all the proceeds generated from the compilation go directly to Ryan House, a charitable organization that assists children in their end-of-life journeys.” If you haven’t yet done so, check out he incomparable When In AZ Volume 2 compilation below…

This is one of the few non-AZ bands to make our list, but ACDEATHSTRIKE really struck a chord with us so we said “borders are bullshit” and ran with it. The whole seven track EP which came out in November is feisty, fun, and a stellar fit for Phoenix music fans, but the title track really sold us with its insanely infectious hook. ACDEATHSTRIKE might be a pop-punk act based outta Jacksonville, FL but we’re putting in the recommendation that they hop to another hot retirement spot a bit more to the west. If Florida doesn’t love you right, come to Phoenix.

Sleepy desert alt-country made amongst friends – that’s what you get with the Wanda Junes and sometimes that’s exactly what my day needs. The Tucson band’s April LP, Today, helped set the right tone for easygoing summer afternoons and early morning drives. The album is just so, IDK, well, Tucson. Dusty, walking a line between artsy and downtrodden, pensive and rustic all at the same time. And, of course, it was recorded at Midtown Island Studio because where else would Tucson, uh, I mean, Today be recorded?

Okay, so this Tucson spinoff act with an unsearchable name didn’t even put up this track on Bandcamp (at least, we don’t think they did). They don’t have a Facebook page or Instagram account. So, in Millennial terms, The Gem Show doesn’t even exist. Instead, you have to dive for this live take of their stellar single, “I Believe”, on Vimeo or Youtube if you happen to catch them live and want to revisit tracks after the show.  So I’m going to take a moment to say something music journalists have thought for years: Cool is inconvenient. Come on, Gem Show, give a little something-something to the fans. Maybe an album in 2019? I’m not even asking for a Facebook page here…