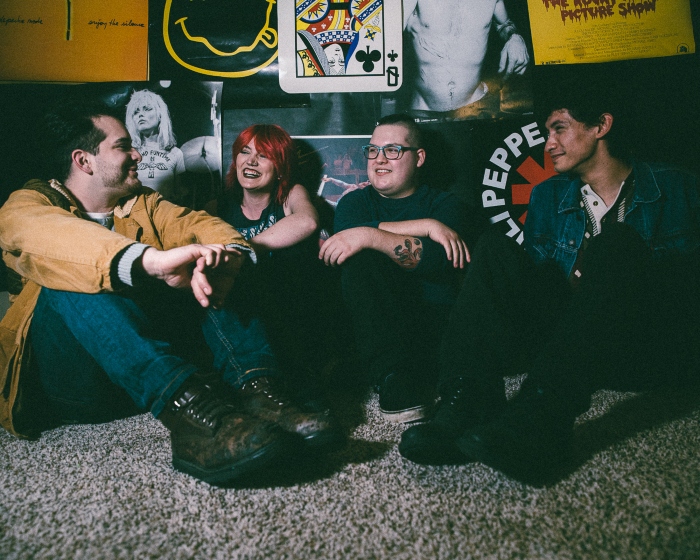 If I could package all the naked aggression that lives in my heart, I could solve the energy crisis. I’m angry that some people think it’s okay to hoard resources other people need. I’m angry about inaction and disinformation. I’m angry at people who don’t wear masks and people who don’t tip. I’m angry that people can make as many picks in a row on a public jukebox as they want, even if people are waiting, if they are rude enough to do it. Basically, I have a lot of pent up aggression and music helps me direct that in a positive way so I don’t spend all my time storming about like a rage beast. That being said, this new single from TX alt-rock act Velvet Skyline might be my new playlist power jam.

Lead singer Taylor Seerden lays the angst on cathartically thick on “Circles,” the first single from the band’s latest album.  The quartet puts a grungy, post-punk spin on this new track that hearkens back to early alt-rock. “Circles” offers a worthy introduction to Velvet Skyline, but I do recommend checking out the full LP, What We Have In Common, which was released earlier this month.

Side note: you can unplug a jukebox to erase the previous selections and start the process over.