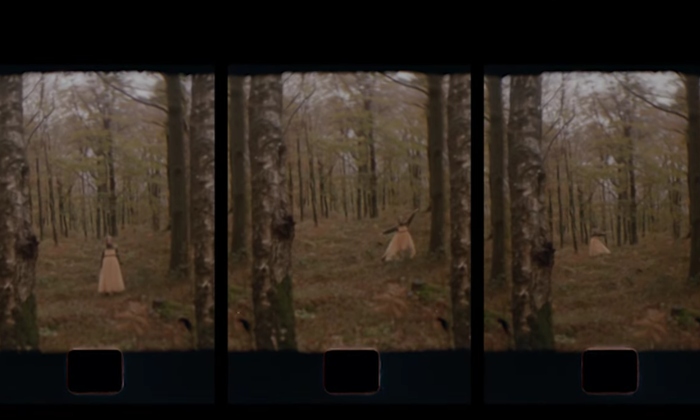 Maja Lena is the musical moniker of alt-folk artist Marianne Parrish. The Swedish singer stepped away from the band Low Chimes to pursue a solitary endeavor and just recently announced her solo debut, The Keeper, is set for release this coming July. “Birch” comes to us from that album. This windswept single carries a haunting beauty that is both forlorn and a little ominous.

I don’t know whether to call this alt-folk or orchestral folk. Those forms are blurring together and adding new elements with artists like Maja Lena and Holy Fawn to create some sort of Future-Forest-People folk music. Something both ancient and post-apocalyptic. A returning to the earth. An opening of the soul and reconnecting of the spirit. Mysterious and wondrous. The music video for “Birch” directed by Martha Webb, who also made the dress Parrish wore for filming, matches the sonic aesthetic perfectly so I suggest you enjoy them both together below. Then follow Maja Lena on Spotify to stay apprised of her forthcoming album, The Keeper.