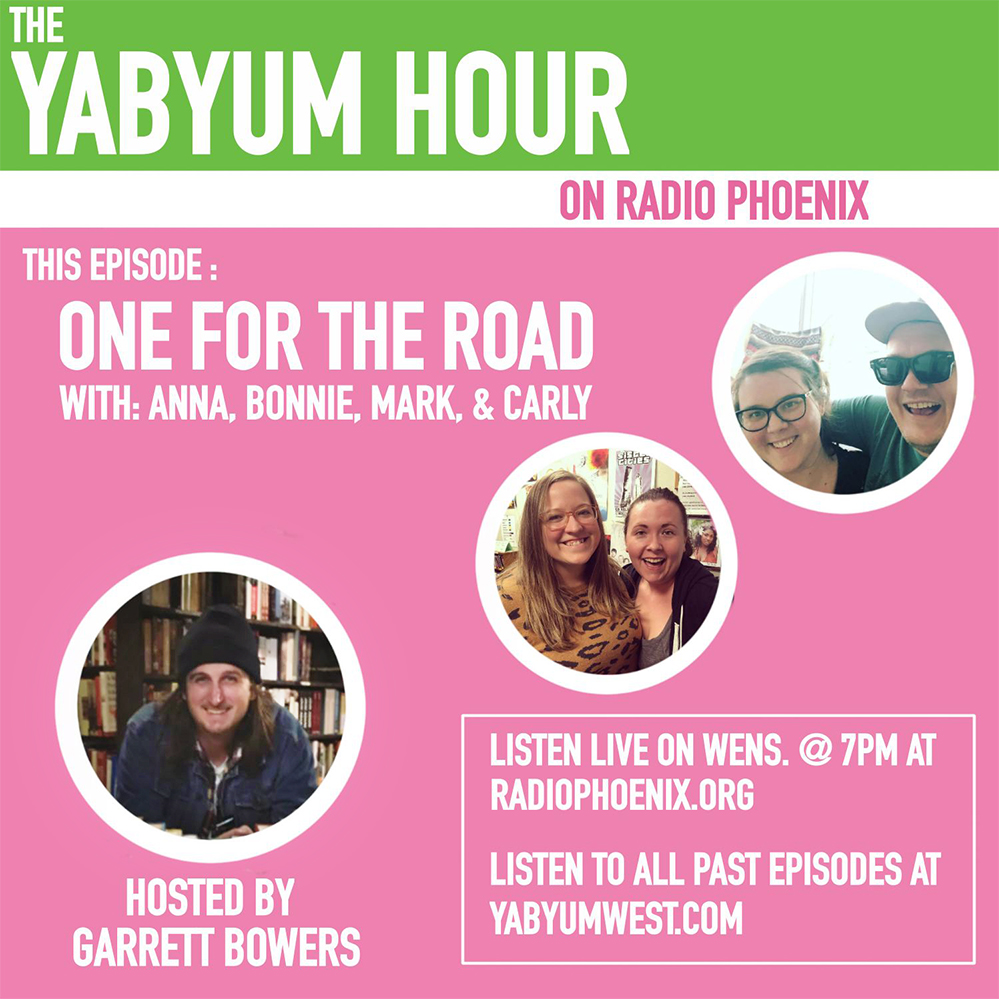 As the saying goes, nothing lasts forever. And on this edition of The YabYum Hour, Garrett Bowers hosts his last show as executive producer and COVID bunker correspondent after a stellar stretch since taking over last April. But before he goes, he chats with former co-hosts of The YabYum Hour, Anna and Bonnie, as well as with YabYum Editors Carly and Mark. They reminisce on some of their favorite moments and guests from the show, as well as play tracks that remind them of the good times…

But fear not, friends, The YabYum Hour on Radio Phoenix isn’t going anywhere. Former host Carly Danger will be returning to the helm with a different co-host each month starting this coming Wednesday! They’ll play a bunch of great tunes and chat all things music so make sure to continue to tune in every Wednesday at 7 PM only on RadioPhoenix.org — where the Valley comes to Talk. Sing. Connect.

The Exbats “I Was in Your Video”

Injury Reserve “All This Money”