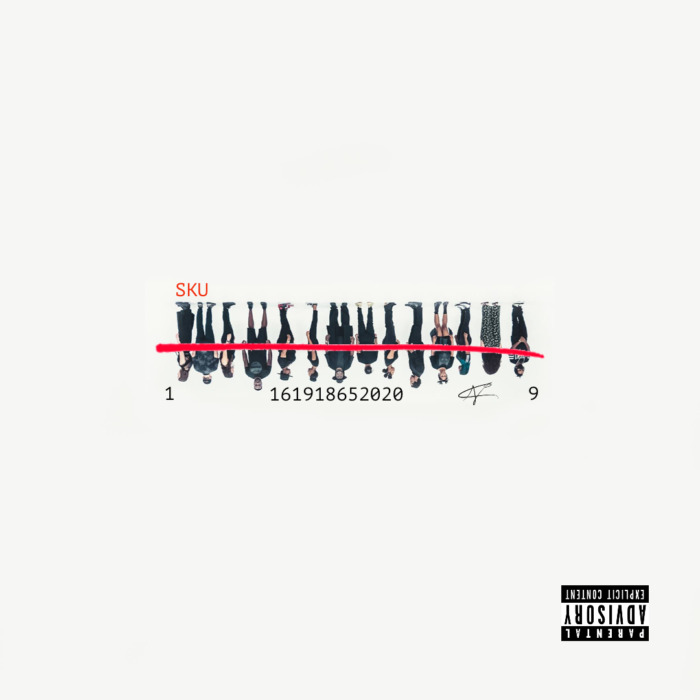 all photos by Melissa Zieske

You may have seen or heard Ashton Vaughn Charles, AKA The Dapper Rapper, perform with his band, The Color 8. At least I can recall First Fridays of yore when the band would play right on Roosevelt Row in all their splendid glory. Now, Charles has released Arizona’s largest hip hop project to date, “SKU”.

When I reached out to Ashton Vaughn Charles for my ongoing sax series, I had no idea he was about to blow up this new project: a musical testament to the power of community and this defining moment in history. I just really respected him as a saxophonist and his work with The Color 8. And then he said his had this new thing in the works. And then he blew my mind with “SKU”.

Created, composed, arranged, and mixed by Ashton, “SKU” officially stands for “Stop Killing Us.” However, it most definitely is a play on the acronym “Stock-Keeping Unit” and there’s a lot more symbolism on the cover art as well. Charles collaborated with almost 20 other artists to create “SKU” and they line up like a barcode waiting to be scanned. The red line not only symbolizes the barcode scanner, but the act of “redlining” that permeated throughout this country affecting mostly POC. The barcode number itself contains three prominent years: 1619, 1865, and 2020 — years in which slavery and systems of oppression exist in varying form.

The song and videos are highly stylized, epic and grande in scope. The music itself sounds composed as if for the screen — which is fitting because it was. A lush choir and striking flute open Pt. 1 of the song along with hard-hitting bass hits as Ashton kicks off the 20+ minute production. Rapping slowly at first before machine-gun firing his frustration then stepping back again, he finishes off with, “Nah, dismantle the whole system/ And if all lives matter you should stand here with us/ The injustice will not prevail/ You hear me? Feel me? Felt me? Help me!”

Original collaborator KNova follows next with his melodious vocals, delivering the immensely powerful line, “Stop killing us.” Eddie Wellz, Sahar The Star, Pk Tha POET, and Lauriel finish off the track, each artist taking the song back and forth from raucous rapping to soulful singing. By the end, the track has transformed in aural landscape throughout it’s run, Tru Barz producing the stellar sound.

“SKU, Pt. 2” plays out much the same way; this time featuring Fransisco Phoenics, Kye Russoul, Lewis Santana, Leewater, Ronnie Dijon, Qosmic Qadence, and StoneOnSax. However, in addition to the artists performing in a studio white room, there’s footage of the BLM marches and protests in downtown Phoenix. The music toward the end changes too. Operatic vocals, piano, and guitar give way to Ashton and StoneOnSax each taking a saxophone solo. The music and visual production, filmed by Martez Cornelius, is truly outstanding and I can’t wait to see Pt. 3. This is a powerful message that absolutely everyone should see and hear…

And then something happened. An extra involved with the “SKU” video shoot was called out for enabling a known and documented abuser. Ashton pulled the videos for “SKU” Parts 1 and 2 and issued an accountability video on his YouTube channel apologizing for not taking action sooner. As of the time of this writing, the new videos have not yet been uploaded as certain scenes needed to re-shoot. Subscribe to Ashton’s YouTube channel to check out the new videos for “SKU” when they drop in the very near future.

As a fan of The Color 8 for some years now, I started this conversation with Ashton back in July when I first heard about his new solo endeavor. Recognizing the intersectionality of social justice movements, I can see why Charles pulled the videos and re-shot them. Read on for the full interview with Ashton Vaughn Charles and to find out more about “SKU”, how he got into the saxophone, and much, much more…

How long have you been playing the saxophone? Is that the instrument that introduced you to music? Do you play any other instruments?

I’ve been playing sax for 18 years, clarinet for 19. Both on and off. Funny story, I actually missed the first few days of 6th grade (health issues), and by the time I came, all the electives were full. So they threw me in band and handed me a clarinet.

I can fumble around on other instruments, because I know enough about theory to understand what notes to play, but physically APPLYING what I know is another story.

I can play Soprano, Alto, Tenor, and Baritone sax, but I’m partial to Alto and Tenor. I own a single Alto (Selmer Bundy II). It’s a student horn, but it was my first owned horn, and I love learning to play professionally on it. I’ll invest in a professional horn in time, but this horn allows me to learn to break glass ceilings that I once thought were binding limitations.

My mouthpiece and ligature are both Jody Jazz, and I play on a Legere synthetic reed. They are much more reliable than synthetic reeds once were.

Honestly, I didn’t grow up listening to a lot of saxophonists. I would listen to Kenny G — didn’t everyone? — Gerald Albright, and Joshua Redman. But primarily, I would listen to R&B/Neo Soul vocalists more than anything. Erykah Badu, Floetry, Jill Scott, Luther Vandross, Ne-Yo, R. Kelly, etc. Listening to them is actually how I learned to play by ear. 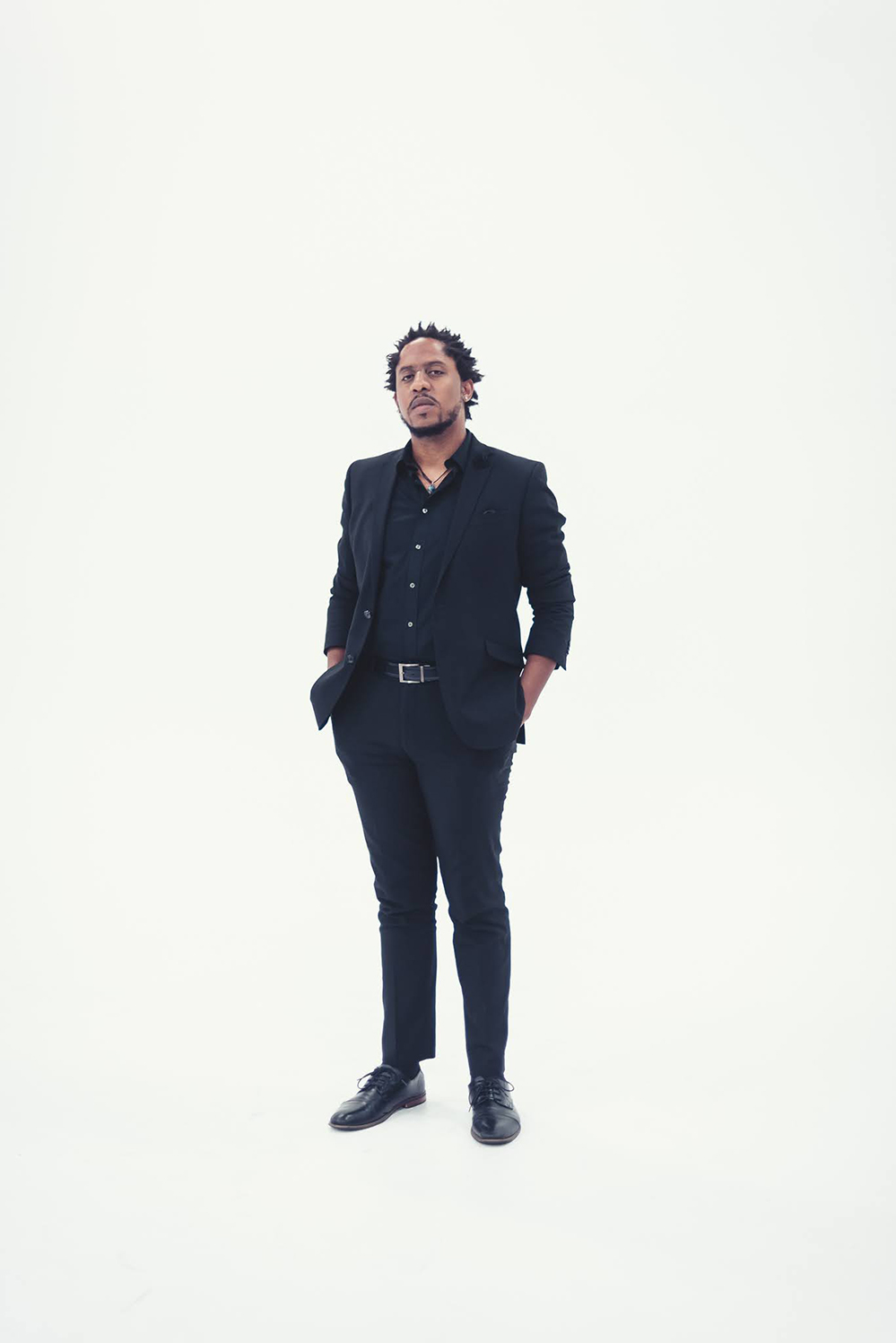 How did you hook up with the cats in The Color 8? Or maybe you helped form the band? When was this?

I was playing at a Women’s Empowerment event in fall, 2015, and Kal (now my guitarist) invited me to a jam session. Honestly, he was cool with me, but he primarily wanted me to bring a pianist, because that’s what he thought he needed. The pianist cancelled last minute, and I almost did, too. But something told me to show up, anyway. The rest is history.

Do you write the sax lines for the band and is the song-writing collaborative or are complete songs brought into the group and everyone learns their respective parts?

Usually, I am the only one writing my specific lines. But they are always inspired by our jam sessions. Occasionally we will bounce ideas off of one another and play licks together in unison, or in harmony. It’s always a team effort, ultimately.

Your latest song is “SKU”. It seems as though you collaborated with 19 or so other individuals to create this track and video. Could you tell us how this project came together? Where did you record the song and make the video?

SKU is a 22-minute musical production that I personally created. Yes, 19 artists, and the most difficult part was bringing them all together for the video shoot! Lol.

It will be split into 3 movements.

The project started in my mind a day before going to a peaceful protest, but nothing came of it at first. The next day (a Sunday), my sisters and I went to the protest downtown. In light of all of the recent events, the weight of all of the tragedies being committed to BIPOC was nothing but strenuous, and unbearable. But upon arriving downtown, the weight got heavier, but felt lighter, because we were all carrying it together. After leaving the protest that day, something switched. The next day, I wrote out the concept, the lyrics, and the initial video format. The following day, I called KNova over to bless the track. He caught the bus halfway, and I called him an Uber the other half. We were determined. He arrived at my house, we tweaked the words to work for him, he laid his vocals on the track, and we were both on the verge of tears by the end of the session. We both knew that what we were creating would be much bigger than any one of us.

All vocals were tracked and mixed by me at my house on my laptop (almost crashed because of how many people there were; my processor could barely handle it lol).

The video was shot by Martez Cornelius, and Images were captured by Melissa Zieske, all at 3125 Studios in Tempe.

The last song you released with The Color 8 was “Blac-Man” on February 28th – before the global protests. It addresses the topic of police brutality and, obviously, police violence against people of color was well known and documented before protests started after the murder of George Floyd (and others). “Blac-Man” seems even more poignant now and “SKU” also addresses the violent effects of racism in America. Do you see your role as an artist as that of an activist as well or is the latter just an inherent consequence of your personal experience? Like, do you feel you’re setting out to make protest music? Or does it just so happen that the music you make speaks to the movement as a result of speaking authentically?

Please tell me about your “I Still Love Me” T-shirts that you produce. Where did this idea stem from?

For years, unbeknownst to many of whom I love, I struggled with feeling worthy of almost anything, from gifts, to compliments, to any form of expressed love, even to blessings that happened in my life. I also struggled in more recent years with losing my best friend, and feeling not only survivor’s guilt, but protector’s guilt, as well. I even felt broken, questioning why I even think, act, or love the way I do. I felt…unworthy.

Along my journey, about a year ago, I finally grew to the understanding that I am worthy. I am beautiful. I am amazing. I am deserving of love. Even knowing any parts of me that some may find less than favorable, I still love me. I still love me, not in spite of my “flaws”, but with them. It’s been an interesting journey, but I want to remind you that you are worthy of love, and you are worthy of being the one to give it to you.

How have you been in this time of quarantine? Is The Color 8 still practicing/working on new songs?

Oh I’ve been doing well. We all have. We really miss First Friday, and performing in general. But yeah, we still practice. I haven’t been at many recently, because of the SKU project, but we are still creating. And I’ll likely be with them next week, actually.

This might sound odd, but I have literally been in this studio from sun up to sun down for like a month and a half, and then we were shooting the video. I didn’t really…do anything else. But prior to this project, I finished Hunter x Hunter, it was amazing! Also, these days, the main people in my rotation are everyone involved in this project. Right now, I have “Tranquility” by Chari’ Joy, and “GlitchGang” by Dropout Kings on repeat. And pretty much anything that PK Tha Poet and Jaywop drop is always fire.

Is there anything about you or any of your projects that you would want our readers to know that I didn’t ask?

Many people who belong to groups of oppressed people (for whatever reason) are used to our voices being suppressed.

But no. Not anymore. You take up your space, simply because it is yours. And nobody is entitled to any part of you that you do not wish to give.