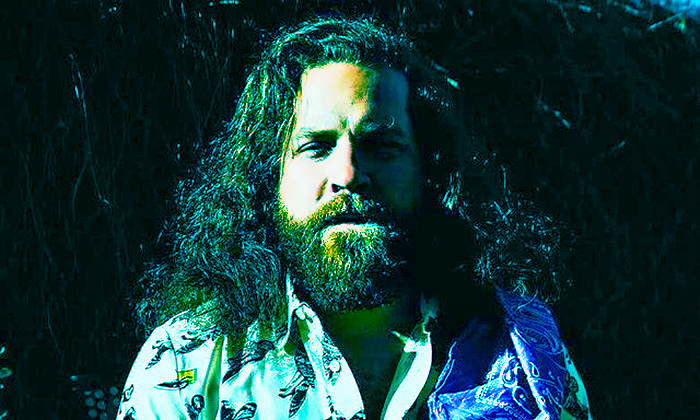 I play electric guitar, keys, and whatever else I need to write a song and get the message across. I don’t consider myself an expert on any instrument, but have always loved to create songs, and so I have learned to be mediocre at many instruments!

I started trying my hand at GarageBand when I was 19 and coming up with little diddies. Then I went to the Conservatory of Recording Arts and Sciences and started to learn the craft of audio engineering. After a stint in LA, I came back and started my own Studio with my friend Casey R. Barras, Studio at the Farm. After recording many other bands and us being in the studio together, we started a band called CooBee Coo, where we mainly recorded our own music to promote the studio. That was when I first started to take the art seriously and create the kind of music I wanted to hear.

I’ve had so many great memories playing live, including shows in Flagstaff, Tucson and more, but if you MADE me decide I would say my favorite would be when CooBee Coo closed out the 2nd stage at McDowell Mountain Music Festival in 2017. It was a beautiful night full of beautiful people.

That’s a tough one, I feel like I would love to have like an Anderson .Paak, Gorillaz, and Foster The People lineup. But then also a Spoon, Alabama Shakes, and Arctic Monkeys lineup. I feel like I could fit into both of those pretty well, and a festival like Sasquatch would be awesome.

I got into Rex Orange County recently, Brittany Howard’s album has definitely been bumpin’. Also some hip hop like Run The Jewels, and Kid Cudi.

I’ve been getting really into some podcasts, especially one called Broken Record where Rick Rubin, Malcom Gladwell, and others interview musicians new and old, and it’s been very intriguing to hear their stories. I would definitely recommend it.

Does eating and drinking count? People have been wanting to record quite a bit recently so I am definitely busy in the studio, and probably the biggest difference is I get more time at home during nights with my family since we aren’t playing out.

After listening to Broken Record I would love to chat with Rick Rubin for a while. He’s obviously a legend, but I think our personalities would work well together.

I love to cook. The grill is probably my specialty, but recently it’s been so hot. I love to make a nice piece of toast with bacon on top and fried egg over that for breakfast. It gets the Maus on the right track for the day.

Yes, the whole band got into the studio in May and we are working on a full length album. All the basic tracks are done, we just need to sauce it up a bit. And there may be another lil EP in the works.

All my work is released on all the platforms, you can subscribe to my YouTube and Spotify Channels. Follow me on Instagram and if you DM me on Insta or FB I have some extra goodies I can send you. Also I have CDs for my first full Length album Desert Rats if you’re weird like that.