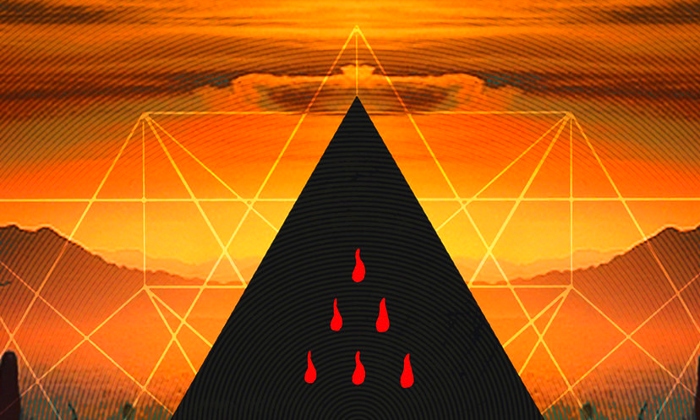 XIXA draws inspiration from Cumbia and the surroundings of their desert home in Tuxon for their latin-infused psychedelic sound. “Bloodline” is the title track from their brand new LP which just dropped earlier this month. At ten tracks, listeners will find a lot more diversity between tracks on Bloodline than on earlier releases from the band. XIXA has found their own stride within sound and is now experimenting more with those elements to incorporate their own personal styles more. And, because of that, Bloodline is their best album yet. Check out the title track from that album here then mosey over to Bandcamp for the complete LP.

This L.A.-based singer-songwriter has a haunting voice that drives her new album, Death of the Machine. “The 101” comes to us from that release. This slow-moving road song finds Maesa trying to lift the weight of defeat with the litheness of her voice. Maesa’s ability to waver from earthen and road-weary to ethereal with her vocals that makes “The 101” truly staggering. Lyrically and instrumentally, this indie-folk song is totally solid, don’t get me wrong, but it’s hard to pay strident attention to anything else when the vocal harmonies kick in. Listen for yourself and be captivated.

The Resonars are a long-standing favorite here, but I’ve also loved the spin-off projects we’ve seen spawn from this Tucson desert psych band, like Butterscotch Cathedral and now The Green Children. Vintage pop vibes and melty psychedelia merge with just the right amount of garage rock reverb to keep things cool on “Transfixiation”, much like the rest of the album. This new project was hashed out between Matt Rendon and Chris Ayers and their debut s/t album was released on August 31st after 25 years in the making at Midtown Island Studio on 4- and 8-tracks. The Resonars also have a brand new album set for release this month (on the same Bandcamp page) so keep watch for that as well!