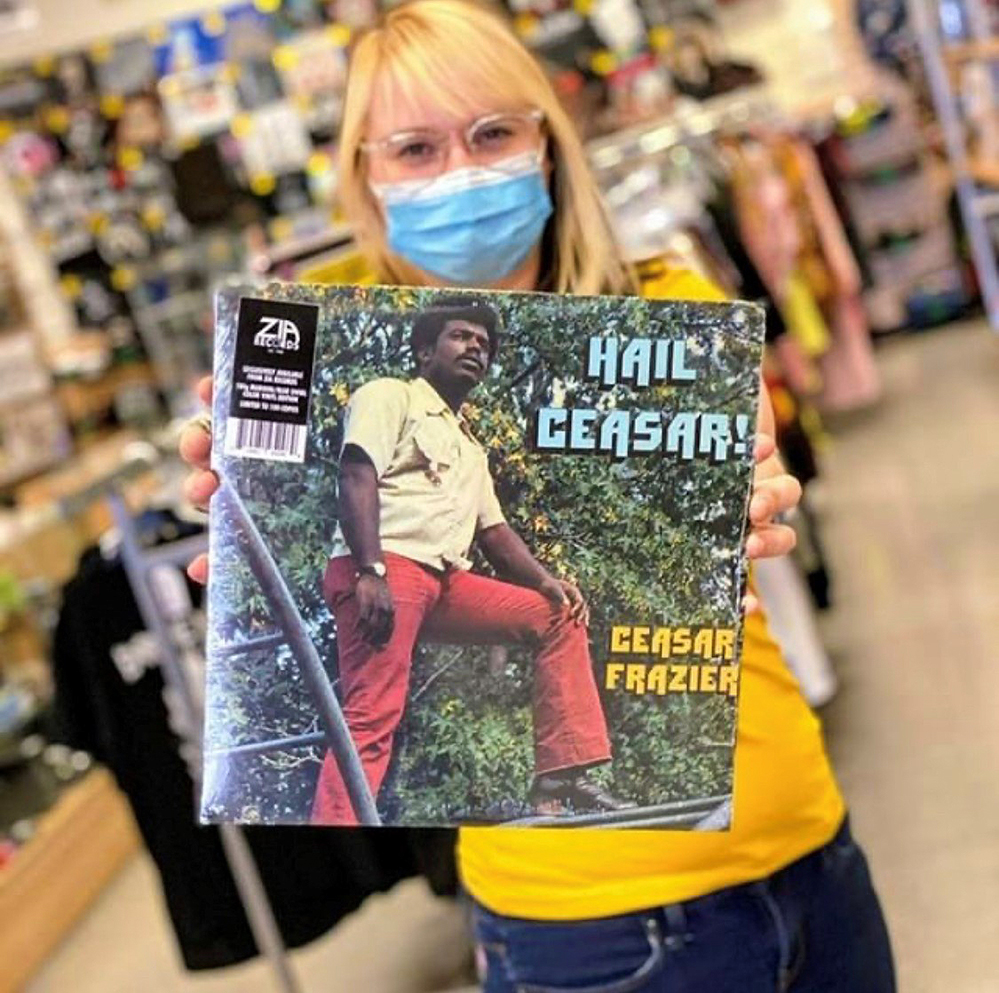 all photos courtesy of Zia Records

Zia Records is an Arizona institution that is celebrating 40 years of operation this year. That means, for many music fans here in the Valley, they don’t remember a time when Zia didn’t contribute to their fandom. In fact, I remember receiving my driver’s license in full knowledge that this was my access pass to the Tempe location where I previously had to finagle rides from older friends to score those Nirvana imports and Fat Wreck Chords comps. It was in their parking lot that I waited in lines for midnight releases and, from their walls, that I picked out posters for my first dorm room.

After four decades of serving the Valley’s entertainment needs, even extending beyond the state, Zia Records is celebrating in proper style as only something as cool as a record store can: with exclusive vinyl releases that have been spanning the entire year. Now, as we’re moving through August, many of those Zia Record’s Vinyl Exclusives are sold-out but more exclusives are on the way.

I had a chance to talk with Mike Dee, media buyer for Zia, to talk about the history of the record store(s), the ongoing exclusive releases from Zia, and a whole lot more. Read our interview below and head over to Zia Records to check out the exclusive colorways they currently have available for purchase or pre-order…

YabYum: If you don’t mind, let’s get started with a little background on Zia. This year the Record-Store-That-Could is celebrating 40 years of operation. I was hoping you could tell us a little bit about how Zia got its start here in the Valley?

Mike Dee: Zia was founded in 1980 by Brad Singer, who roped in his friends to help him build out a shop in Phoenix. Before long, he’d opened up locations all over the Valley, and eventually he expanded into Tucson. After his passing in 1998, Zia’s current ownership took over, and in 2005, Zia opened up in Vegas as well. Along the way, countless members of local bands—including folks from bands like Gin Blossoms, the Beat Angels, Fairy Bones, Holy Fawn, and many, many more—have worked at Zia.

A lot has changed in the music industry (and music-buying) over 40 years, what hasn’t changed? And this year of all years, people seem to be doing their shopping a bit differently. How has Zia changed things up to accommodate shoppers in this pandemic era? Basically, how do we get our hands on those records?

Record stores are community hubs and always will be. It’s hard to replicate the sense of discovery and community online. That, “you never know what you’re going to find or who you’re going to see” feeling isn’t algorithmic, it’s not something you can replicate online. But that doesn’t mean we aren’t working to bring that spirit to our website and social media. We’ve greatly expanded our web presence, and listed thousands of preowned vinyl tiles on or website or providing interesting content via social media.

We want people to feel comfortable in their shopping experience, so we’ve given them all the options we can. You can shop in our stores, or at Ziarecords.com, where you can have your entertainment delivered or arrange to pickup curbside.

So, explain to me what this Zia Vinyl Exclusives thing is? Are they just reissues of out-of-print albums? (I already know some of them are comps, etc., but for the readers here, Mike.)

We started putting out exclusive colorways of classic records last year. For our 40th anniversary, this year, we amped it up and are putting out more than 40 this year alone. Sometimes they’re reissues, sometimes they’re brand new albums, but no matter what, these editions can only be purchased at Zia. A wonderful way to celebrate this year, but will be continuing through the years to come.

How did you go about getting these albums into print or production? That seems pretty complicated. Did you have to negotiate with labels and the like to work out these reissues? I mean, that does seem obvious, but I’m just curious what that process was like.

We work closely with the labels to come up with titles that make sense. Sometimes they are best sellers, but not always. We want to also include rare gems that we love. It’s always fun to turn someone on to something new and this is one of the many ways to do that.

How many copies are pressed for these limited edition runs? Is it a set number or does it vary by release?

Do you get to pick the vinyl color or is there a vote or what?

We work with the labels and artists to make colors that are compelling and fun.

Have you been releasing the exclusive albums at regular intervals? If so, what’s still lurking in the queue?

We’ve been announcing pre-order availability on titles nearly every week and in some weeks, we announce more than one. We still have a ton to announce and are always working on new ones. You’ll have to keep up with our social media to be the first to find out! 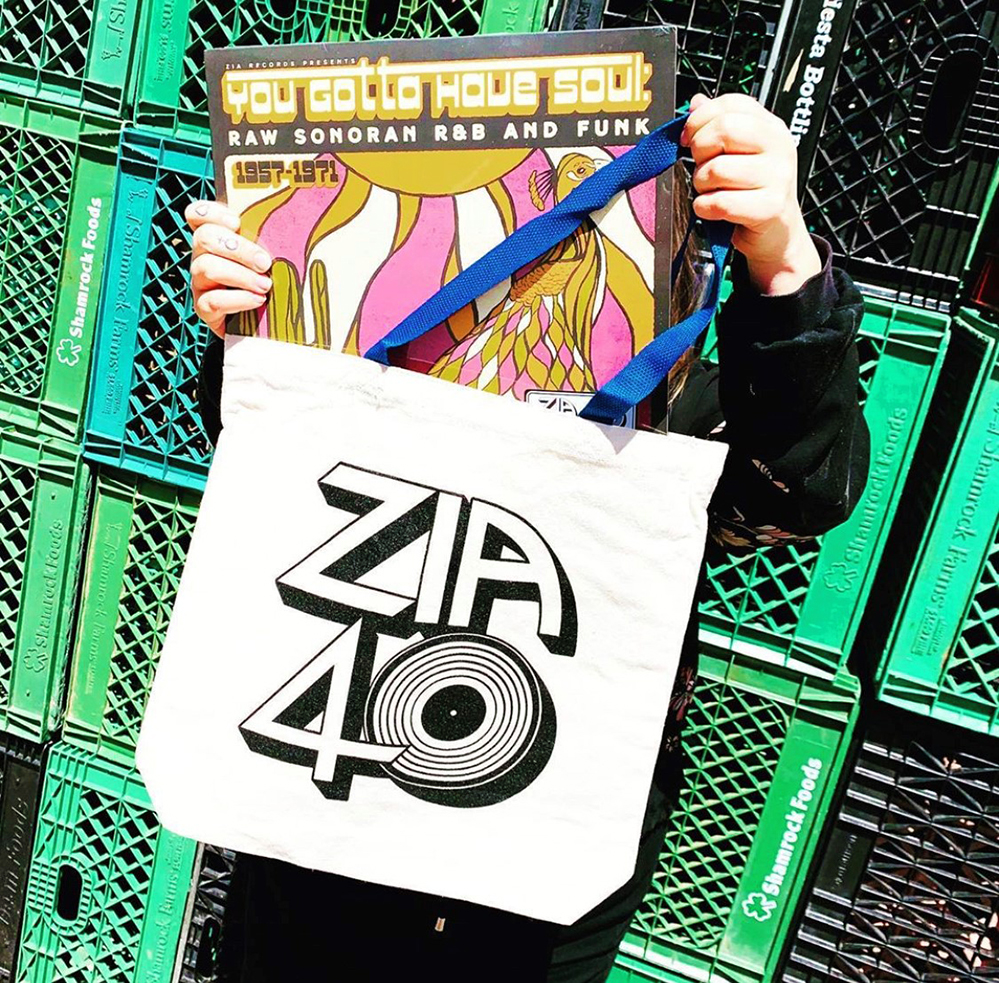 We’ve been spinning You Gotta Have Soul: Raw Sonoran R&B and Funk at YabYum HQ and that is a stellar compilation of retro tunes from Arizona. Who was responsible for compiling that album as part of the Zia Vinyl Exclusives series?

That was produced by Steve Duncan, and was compiled by Jason Woodbury along with local music historian John ”Johnny D” Dixon, who maintains a massive archive of Arizona music. It features all Phoenix-based R&B and soul from the late ‘50s, ‘60s, and ‘70s, just remarkable songs by people like Chuck Womack and the Sweet Souls, Lon Rogers and the Soul Blenders, the Soulsations—just a cool way to remind people of the storied history of Arizona music.

Were there any particular Exclusives you personally were counting down to get your hands on? I know you’re already quite the collector so maybe you have amassed all the original pressings you want….

Hah! Well, I’m excited about all of them! But, some of my personal favorites have been the Ann Peebles, Superchunk and Oliver Nelson.

To quickly change gears here for a moment, Record Store Day 2020 didn’t quite go off like planned due to the pandemic, but it looks Zia has some rad RSD drops coming up in August, September, and October. Tell me how that works. Do the albums go up for sale the month they drop?

The April Record store was derailed, so the original list was broken in to three “drop” dates. These aren’t three Record Store Days. Just a day when folks can stop buy and pick up the titles or purchase them online. Folks will want to check out Ziarecords.com and recordstoreday.com for more details.

Maybe you could give us some “Mike D Picks” to look forward to on the RSD front? I mean, there are so so many that everyone should go through them on their own, but I just want to know what you have your eye on…

Man! There are so many great releases! Everyone should definitely check out the complete list. I’m excited for Wipers Is This Real? Anniversary edition, Unrighteous Brothers (Orville Peck and Paul Cauthen doing Righteous Brothers songs!) and Cradle The History (Suzie Quatro).

Is there anything that you would have liked me to ask about or bring up in this interview that I might have missed?

The best way to keep up with Zia is to follow us on your social media platform of choice. That is where we first announce our exclusive release, specials and sales.