Trombone Tale is the new series where I dive into the minds of a wide variety of trombonists to talk shop, see who inspired them to play, and what they’re currently working on. Let’s blow!

Over the years of covering ska music in the Valley, one name always comes up when I ask about fav bands: BowCat. And you know what, I won’t argue.

After releasing their debut full-length last year, BowCat is back with a new EP, Dangerously Close. While at just three songs, I’m tempted to say this EP is dangerously short. However, it was actually pressed as a 7″ record so that certainly explains the time constraints.

“Catch 22” starts off the EP and, before you think this is some literary or reference to the resultantly named paradox, the track takes a dark edge when you hear the chorus, “So catch a bullet, a bullet of a .22.” With it’s organ-heavy sound played by Katie Lawrence, deep horns by Dane Clifford (sax) and Steven DeRosia (trombone), swinging bass from Dave Cunningham, hi-bop drums by Ricky Gonzalez, slinky guitar from Jorge Felix and lead vocals provided by Marcia Leach, BowCat sounds like a combination of The Selecter and Inspecter 7 to great effect. The band isn’t afraid to take on darker themes, something I think the best bands in ska gravitate towards. It can’t be all bowling shoes and upbeat ditties.

The band brings out more of their soul side on “Soul Catcher”, a song about someone with the ability to ensnare you with “his cavalier attitude that can’t be contained.” While the narrator may be the one originally under his spell, when the deed is done and there’s “no reason to stay… I’ll be the one that slipped away…”

Recorded, mixed, and mastered at FC Studio in Tempe, Dangerously Close physically sounds much better than last year’s full length, Suited and Sussed. Perhaps the band knew this which is why they decided to re-record “Crash and Burn” to finish off the EP. From the intro sax, to the breakdown three-quarters of the way through, to the gang vocals themselves blaring “Crash and burn!”, it’s great to hear this song brought to even greater light… and now I need to hear all the songs from 2019 redone in this fashion.

I had a chance to chat with trombonist Steven DeRosia about the new EP, what’s happening in the BowCat world, and, of course, playing the trombone. Read the full and check out Dangerously Close below…

How long have you been playing the trombone? Is the instrument that introduced you to music? Do you play any other instruments?

I started playing in the 4th grade, and all through high school, but unfortunately I didn’t take it as seriously as I should have. A few years after graduation I started playing again with a local skunk band (Jack the Cat) but that was it until this band started.

Who are some of the trombonists that inspired you in the past and who are some modern players that you groove with?

As any ska trombone player will tell you, my biggest influence is Rico Rodriguez. He played with all the legendary Jamaican artists, but is most famous for his solos on The Specials’ tracks “Ghost Town” and “A Message to You Rudy”. There’s also Don Drummond, one of the pioneers of the genre. On the more modern side of ska there’s Dr. Ring Ding (Germany) who is one of the most impressive horn players I’ve ever seen, Dan Albert of Buck-O-Nine, and of course Glen Pine of the Slackers.

How did you hook up with the cats with BowCat? Or perhaps you helped form the band? When was this?

For us, it started when Katie (our keyboard player and my wife) and I we were spinning our ska records at a brewery in Cottonwood. Our sax player, Dane (who lived there at the time) approached us and mentioned that he had joined a new band with Marcia (lead vocals) and wondered if we played any instruments. I had been wanting to start playing again, so everything just fell quite nicely into place. That was in 2015, and then about 4 months later we played our first show. 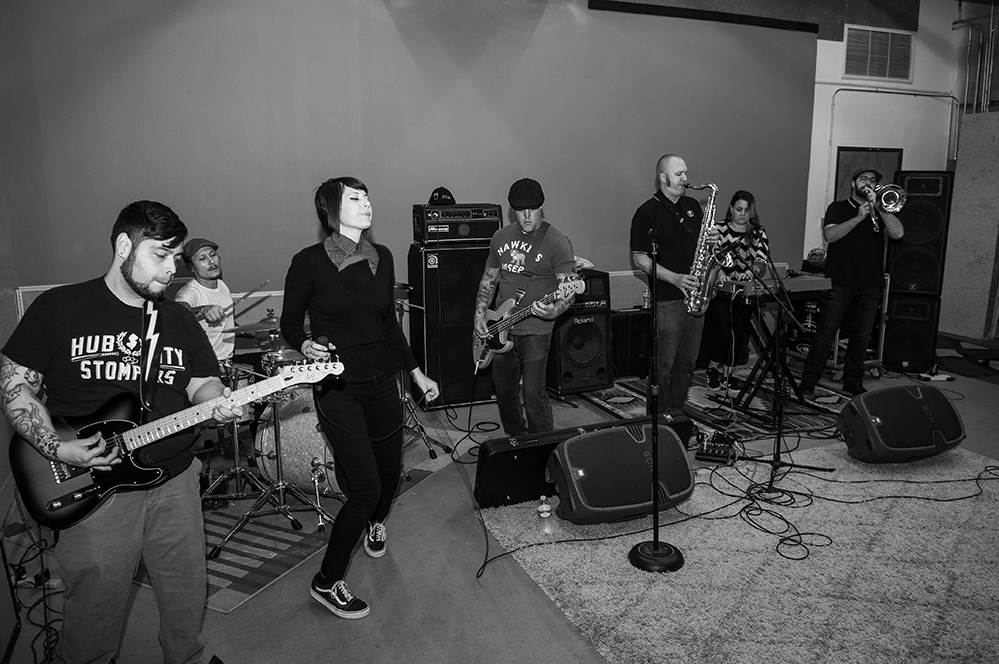 Besides 2 Tone Lizard Kings and Mr. Incommunicado, I can’t think of too many ska bands playing the type of ska BowCat plays… can you enlighten our readers and myself to some other ska bands around town?

Admittedly, we’re rather loose with the ska we play. Between Marcia, Jorge (guitar), Ricky (drums), Dave (bass), Dane, Katie, and myself, we all have different backgrounds of music and in that way everyone brings their own part to the mix, rather than it just being the same old ska. Although I don’t think there’s anything wrong with a bit of that as well. We were described in a review once as “Soul Stomping Ska” which we’ve now adopted as our style.

As far as other local bands, sadly there isn’t too many anymore, and that was before the shutdown. As you mentioned we have 2 Tone Lizard Kings, Mr. Incommunicado, and there’s also a group called The Effects. I would love to see some more new bands once the shows start back up!

How have you been in this time of quarantine? Is BowCat still practicing/working on new songs at all?

Katie and I have been holding things together as best we can. We’ve been fortunate enough to work from home and find new ways to stay busy. The band did have to take some time off and away from each other. Most of our members’ jobs are more hectic than ever, between that and just playing it safe, it had been a while. Luckily, though, we were able to get together recently and hopefully we’ll get back to regular practices and writing soon!

What’s upcoming for BowCat? I know with shows still up in the air right now, you might not be performing live anytime soon… any additional Bowcat releases planned?

Like everyone, we’re just waiting for concerts to return. We were set to perform at both Punk Rock Bowling in Las Vegas, and the Supernova International Ska Festival in Virginia this summer. Luckily, both festivals held online streams that BowCat was able to participate in. We have our collective fingers crossed, hoping that when the shows come back we’ll be able to make those performances happen in person. The band does have a handful of new songs we were working on before it all shut down and it’s looking like we’ll be able to start working on them again regularly, so keep an eye out for a new full length release! 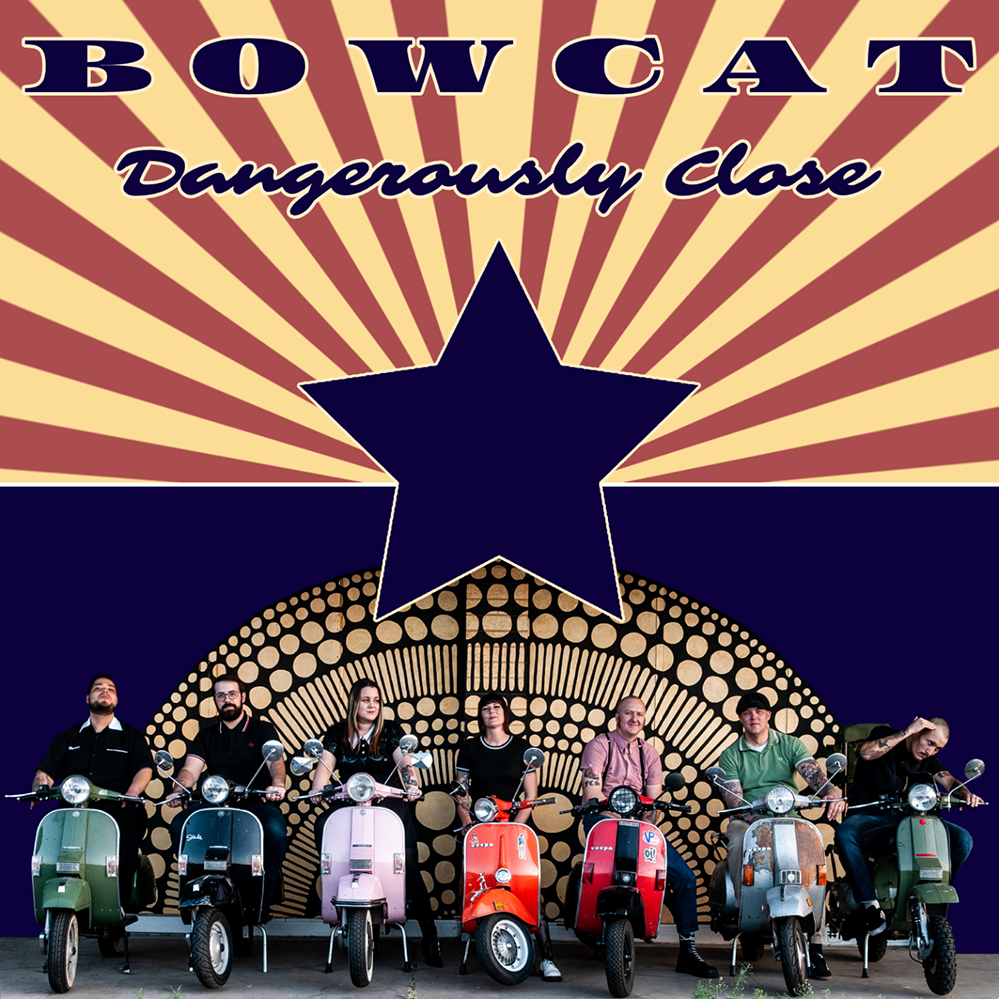