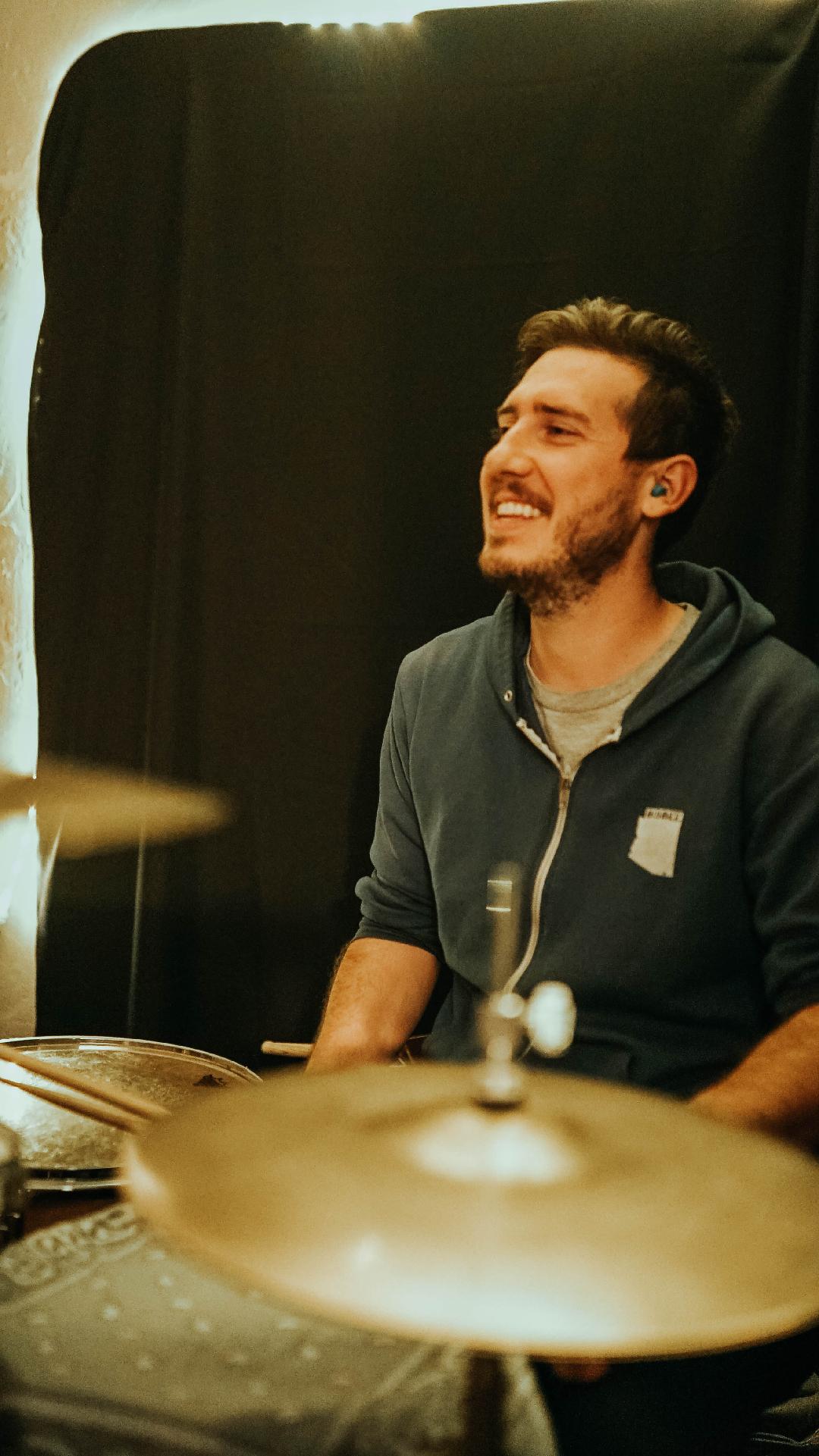 Josh Montag is one of the founding members of Scattered Melodies; a band that started with a rotating cast of players before becoming a 7-member musical powerhouse. We asked him to take part in our ongoing series – The Tastemaker’s Ten – to find out what ten tracks this local music aficionado thinks everyone should hear. While most find this task daunting enough, Josh decided to up the challenge level even more! Get ready.

So, because there are thousands of songs that I love and would want to talk about, I decided to limit myself to songs that have come out this year. 2020 has been brutal for all of us, but perhaps these songs can act as a little silver lining, they very much do for me. In no particular order as far as favorites go, here are my Top 10 songs I feel people should know. – Josh Montag

Glass Animals has just released their 3rd studio album Dreamland, and although I’ve only had the chance to listen all the way through once, “Heat Waves” was released beforehand as a single along with this compelling music video. I’m pretty sure this video perfectly sums up how most (if not every) performing artist feels at the moment. I sure am dying to play and/or attend a show.

Vulpeck has been a huge inspiration for us underground & independent artists, proving that with the right amount of creativity and talent, a band that’s unsigned to any major record label can still succeed on a worldwide level. Vulpeck sold out Madison Square Garden last October, all on their own, and continue to pave their own path in the music scene. This new funky banger is bound to put you in a good mood and get you off the couch, and Antwuan’s voice melts in my ears like a slice of butter on some warm toast.

I’d be lying if I pretended to have been some huge Run the Jewels fan all these years. Although I had been aware of them and had heard a couple songs here & there, I didn’t fully dive in until the release of their latest album RTJ4. Now I’m hooked! This album could not have been released at a better time, acting as a soundtrack to the current state of our country. Here on the single “JU$T”, the lyrics speak for themselves and are some of my favorite lyrics I’ve heard outta Pharrell in a long time. Zack de la Rocha (of Rage Against The Machine) smashes a thought provoking verse that carries a super creative cadence.

Shout out to RTJ for keeping it real and shining light on the corruption of our beloved red, white & blue. Some people may not be ready to hear lyrics as real as these, but these might also be the same people who are upset about the Washington Redskins changing their name, or the people who get offended when someone kneels during the national anthem out of protest for racial equality.

Killa Maus gets the local spotlight here with his latest solo release Quarant – EP. “Soberin’ Truth” is the first song on the EP and gets the heads bobbin’ and hearts pumpin’ with that infectious 4-on-the-floor vibe. Killa Maus wrote, recorded & self-produced the EP during the first couple months of quarantine and let his current thoughts & emotions shine on all four songs. The reggae breakdown in the middle of this song gets me every time, it’s so good.

6. The Fall of Troy
“Counting Sheep”

I discovered The Fall of Troy back in 2007 when their song “F.C.P.R.E.M.I.X.” landed on Guitar Hero 3, and still has been one of my greatest musical discoveries. To a new listener their music can feel chaotic and overwhelming, but once that settles many realize the rare talents of this underappreciated 3-piece. I’ve never heard syncopated rhythms played like this before, to where they provide a head banging grove with anything but a straight forward rock beat.

Their album Manipulator has some of the most innovative & sickest songs I’ve ever heard, and still blows my mind twelve years later.Their drummer Andrew Forsman remains one of my all-time favorites, I’m convinced he’s part machine. Most of their songs end completely different than the way they started, creating a listening journey on each and every track. “Counting Sheep” is from their latest album Mukiltearth, released a couple of weeks ago, and is a 2-minute banger that kicks me in the teeth the entire time — reminding me what it’s like to feel alive.

I was introduced to Phantogram via my Danger Mouse Pandora station back in 2015 and became an instant fan. This male/female duo (Sarah & Josh)find incredible ways of combining EDM with hip-hop and rock influences to make fresh sounds and sampling techniques. Sarah Bothel has been sitting in my top 5 favorite vocalists since my discovery and has again reassured that for me with their latest album Ceremony.

The production value on their songs is absolutely stunning, mainly due to the efforts of Josh Carter who plays guitar and also sings on select songs, but more importantly acts as producer when in the studio. Here on their song “Mister Impossible”, both vocalists are at work on top of this nasty beat, sounding like the intro theme to a future James Bond film. Bonus shout out goes to whoever edited this lyric video, you are a STRAIGHT UP G!

“Gramatik Vs Nirvana Vs Bill Burr” is how this song is credited on YouTube, which seems to be the only place I can find this new release. Here, Gramatik samples Nirvana’s cover of “Lake of Fire” with some of a latest stand-up routine by Bill Burr. But, a PHAT hip hop beat backs the otherwise acoustic version Nirvana provided on MTV Unplugged back in 1993. Gramatik has been producing some of the best instrumental music I’ve ever heard, and if you’re unfamiliar, a good place to start is his 2009 album SB2, filled with some truly beautiful songs.

Hot damn, if ‘Man Crush Monday’ was still a thing, this gorgeous human being would take the title in my opinion. I mean really though, have you ever seen someone drum and simultaneously sing in such a way before? The dude is the true definition of style & charisma, and his songs & lyrics emulate all of this and more. Although I’m not sure if he can ever beat out his 2016 album Malibu, he continues to impress me with the way he blends hip-hop, funk & soul. His recent single “Lockdown” is inspired by the hot mess we call 2020, but more importantly about the rising tensions on the streets from the mass population of people who are sick and tired of the racial agendas of the people in power. “Who said it was a lockdown?”

Although I tend to curse the continuous Instagram ads as I mindlessly scroll on my feed, a success story from such events was seeing an ad for the new record What Kinda Music, a monster collaboration between guitarist/vocalist Tom Misch and jazz drummer Yussef Dayes. If we’re being completely honest, it was the colorful album art that first grabbed my attention and encouraged me to pause said scroll and dive in for a closer look. After many full listens from start to finish, this album might be my favorite of the year. It has definitely been my album of the summer.

It was hard to choose which song to feature so I went with this one because of the dope, simple yet creative music video that goes along with it. In the video you’ll notice Freddie Gibbs in the backseat smoking a joint, which is definitely the right thing to do while listening to this hypnotic track.

My sweet, sweet Incubus, oh how you’ve given me countless amounts of musical healing and unforgettable memories for almost two decades now. When I trace back to where my inspiration and love for music comes from, all roads lead to Incubus. I discovered them back in my early high school years, which was when I started to fully understand the drums, and more so just music in general. I think anyone who has listened to their early album S.C.I.E.N.C.E. can relate, Incubus is something special.

As they’ve evolved over the years, it seems a lot of the early fans have lost interest in their new direction and prefer the heavy hitters of S.C.I.E.N.C.E., Make Yourself, and the classic Morning View over their following releases, but this guy right here is still fully on board and enjoying their latest release Trust Fall (Side B). “Karma, Come Back” is the first track off the follow-up to the 2015 release of Trust Fall (Side A), and is probably my favorite song off the Side B collection. Along with the captivating dynamics of soft & loud between the verses & choruses, the lyrics might be the shining star of this song. “I’ll ask but I know the answer. What the fuck? For a buck who killed the World?……You’ve got, got to do better, before this karma, karma, karma comes back.”

And, because we always like to include an example of our Tastemaker… 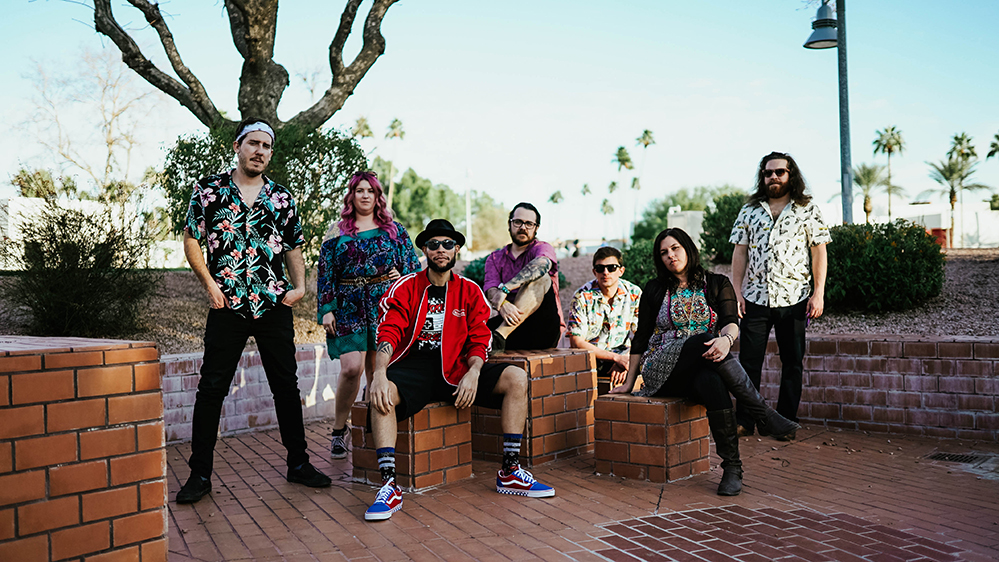