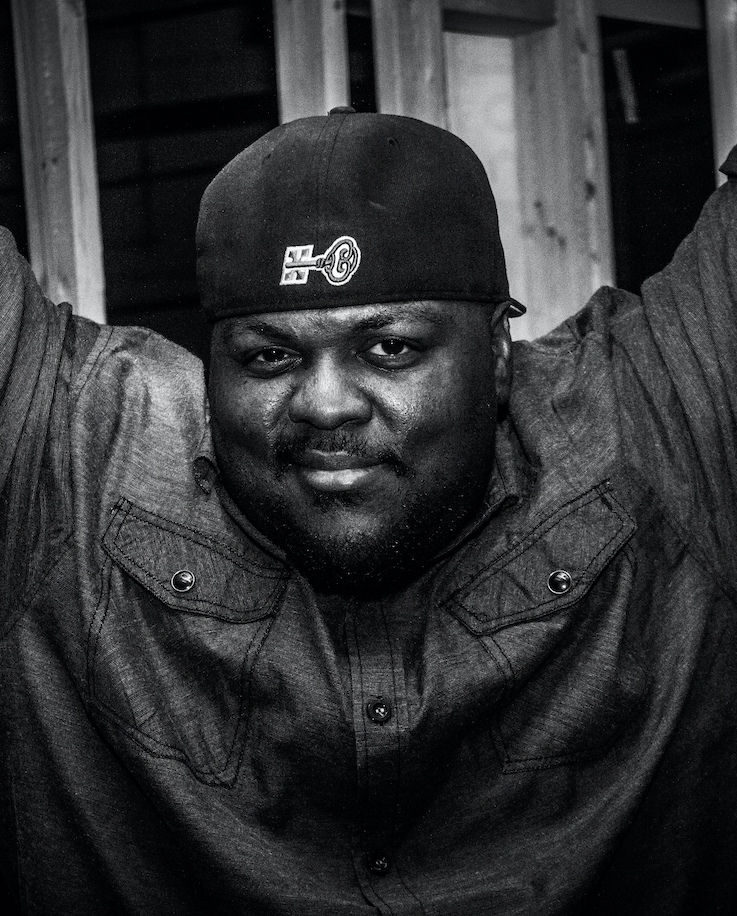 I first got tuned in to Blaze Rock, aka Marlos Hill, with the late-2016 release of his single, “Defy Gravity”. The next year would see enough new output from him to make me feel like a lifelong fan. After revealing a treasure trove of albums, Blaze Rock took a step back for a few years to focus back on the creation side before he was ready to release a whole new slew of records.

I had a chance to ask Blaze Rock some questions about his new albums, his unusual approach to releasing music, and a whole lot more from album art to production. Check out some new music from Blaze Rock and read the full interview below…

How long have you lived in AZ or are you a native Arizonan?

I’ve been in AZ as long as I can remember, I wasn’t born here, but this is home, this is where I was raised. Haha.

What first drew you to hip hop? Were there any particular artists you heard that inspired you to pick up the mic?

I think first and foremost, the culture, the energy, the vibe drew me to hip-hop. In high school I was surrounded by hip-hop heads and fans. I was influenced heavily by emcees in high school, but as far as mainstream/underground artists – Ice Cube, Digital Underground, E-40, JAY-Z, Biggie, Method Man, Raekwon, Ghostface.

On June 26th, you dropped 6 new albums: The Enemy Within Volumes I-V, and Fuel of Fire. Please tell me about them. Is there a reason for dropping all these at the same time rather than spacing them out?

Initially when I recorded this set of albums my idea was to drop all 6 pieces at the same time. I think of it kind of like a Netflix series – you can binge listen or take it in parts, it is totally up to the listener. I like the idea of changing delivery methods for listeners or at the very least offering them different methods to consume my material.

Were they all produced by different people or are you on the production side too?

No, the first two parts are produced by The Council Productions. The remaining four have various producers all across the remaining songs. I didn’t do any production on these but I’ve done a beat or two across my catalog. In this case, its such an expansive soundscape I wanted to utilize a wide range of sounds and styles that you almost are forced to utilize as many producers as possible. That said, I believe about 95% of the songs are produced by Arizona-based producers.

You seem to follow themes with many of your releases: A Dream of Death followed by Death of a Dream in ’06; The Victory in ’14 followed by The Victory Lap in ’15; and Dangerwolf, Monsterwolf, and Hammerwolf in ’17. What are some of the themes or concepts you tackle in this new set of albums? From Nothing, to King, to Lust, to Vengeance, to Salvation, it seems like the titles might suggest some of the prevailing ideas, but I was wondering what you might have been untangling here – personally, professionally, emotionally, or musically.

I love thematic ideas. I like connections and connective tissue between products. It isn’t always about continuation – sometimes it is offering a contrast. To the point of the question, I do a lot of series/themes. Death of a Dream and A Dream of Death. The Misery/The Victory/The Victory Lap, and yes, the ‘Wolf’ series.

On this Enemy Within series, I believe the I Am Nothing project is more about recovering from failure and suffering through some defeats, which moves into I Am A King which is more the triumphant fight back. The progress from Lust Potion, to Vengeance to Salvation is what I felt to be the movement through the mind and spirit, love, to anger, to finding a salvation in what the world is. Fuel of Fire actually offers the contrast to Salvation in essentially saying “what if you just don’t try to do/be better” “what if there’s nothing wrong with what could be considered “bad.”

At the time I was really looking to mirror the human aspect of the mind and emotions. Those feelings we all deal with and go through… and the progression that occurs.

You actually released 9 albums in 2017, took a break from releasing music for 3 years (I could be wrong about this), and then came back with 6 new joints in 2020. Do you tend to make music in creative bursts or is it more of a steady process and you’ve always got tracks you’re working out somewhere in the pipeline?

Respectfully, I’ll correct one thing: 2017 actually had 12 albums. 9 solos, 1 album with my band Cross Platform Collective, 1 with my sidegroup The Trident and 1 tour album with some of my Gladiator Pen brethren called Lightning Strikes West.

I like to make material. I don’t necessarily try to do anything in bursts – I like to make steady streams of material. This misleading part is that there’s often a barrage of projects, haha. I just really like conveying ideas and I really like releasing music as it presents itself. To add to that, I like to think of different delivery methods, so sometimes that comes out in waves and bursts. Variety is the spice of life.

All six albums from this year actually equate to 3 hours of music. I listened to the albums as a collection while preparing for this interview, but I also feel that this may be an over-saturation of music for the casual listener. Did you intend all six albums to be heard together?

By no means would I myself even want to listen to 3 straight hours of my music HA! I don’t think most people have that kind of attention span or interest. No, I looked at it very much like a Netflix series where you have the option to sit there and watch all 10-15 episodes in one sitting… or you can watch 1, 2, 3 however many you desire. I just look at it like a good bottle of wine – you don’t HAVE to drink the whole thing, but if you’re feeling it like that – there’s nothing wrong with that either. The albums are very much singular entities within a collection, enjoyable as they are alone or together.

I like the variance and design work for the album art on these new releases. Did you design these? Or is there an artist to shout-out?

Thank you. I did the art for each project. In fact I’ve done the album art for most projects I’ve released.

Outside of music, what’s keeping you busy? Anything you’re currently listening to, reading, or watching?

I play a lot of softball. I’m really trying to work hard at losing 50 pounds to try to be healthier, stronger, faster and all that good stuff. Additionally, I’m playing a lot of video games. I’ve just started watching The Chi, reading a lot of technical certification textbooks and information to boost my knowledge. But really I’m just enjoying a level of quiet while we kind of reload and reset amidst the pandemic.

Anything else in the works for Blaze Rock releases? I know you just dropped 6 albums but you set a precedent that this could still only be part of a year’s worth of output!

I’ve got some things in the works. A bunch of different pieces and ideas, some music, some not. Really going to try to make the next 12 months fun. I’m probably going to drop a couple of projects before the year is up. Why not? LOL