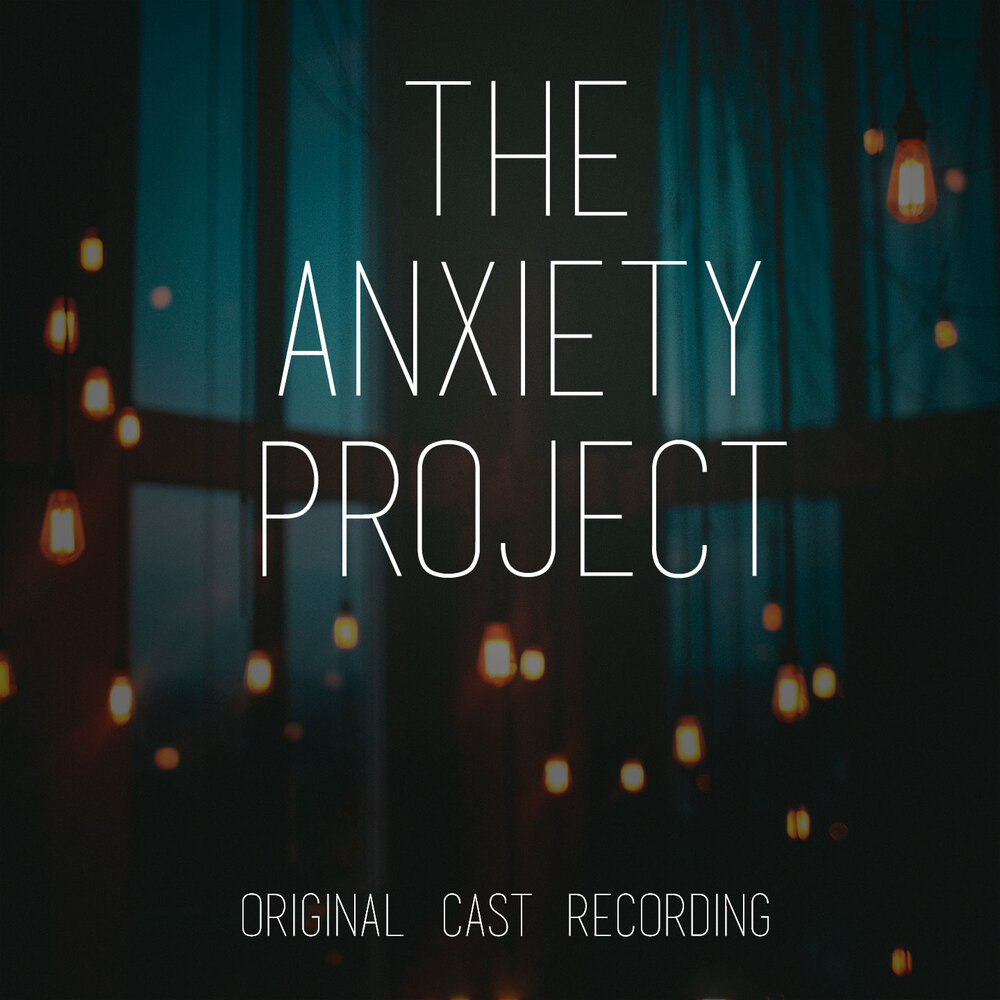 The Anxiety Project is an original new musical written by Rachel Dean (composer) and David Brush (lyricist). The cast album dropped on August 13, and is now available for streaming. Recorded in collaboration with Arizona State University Music Theatre and Opera, and featuring exceptionally talented ASU students, it is well worth a listen.

I was first introduced to the show at The Phoenix Theatre Company’s Festival For New Works in 2018. At the time, even as just a reading, it was one of the most profoundly powerful experiences I’ve had in live theatre. The triggers, though difficult, provided much needed healing. The characters, a safe space for understanding and forgiveness. And the themes allowed for cathartic acceptance. I recall walking to my car after it ended, tissues in hand, feeling as if I had left an unwelcome and burdensome piece of my soul behind. The clichéd weight on my shoulders, temporarily alleviated.

The musical is an organic exploration of mental illness. Something so often stigmatized and misunderstood, yet exceptionally common and pervasive. I would venture to surmise that most of us have either battled it, in some form, within ourselves, or peripherally through those we care most deeply for.

Originally developed in response to submissions of courageous people sharing their honest stories, The Anxiety Project tackles mental illness holistically. Suicide. Medicating. Self medicating. Addiction. Social anxiety. Obsession. Abandonment. Self harm. Ambition. Connection. Love. Loss. Nothing is off limits. There is no judgement. Only real and truthful depictions of the darkest corners of the human experience. With some humor, intrigue and uplifting moments sprinkled throughout. “RDJ & Me” and my personal favorite “Don’t Be Crazy” lend some much needed, yet still appropriately quirky, lightheartedness.

My initial encounter with The Anxiety Project was at a much different time. It honestly feels like a lifetime ago. Full disclosure, as seems fitting in response to such an unapologetically candid show, its impact was (at least partially) due to my own psychological state at the time. A young person in my family who I am exceptionally close to was in a hospital recovering from a suicide attempt. I invited that child’s mother to accompany me, partially because she and I had our own personal experiences with mental illness, and also because I knew we were both having trouble processing the situation. We laughed together, we cried together, we held each other, and we both walked out grateful to have experienced it because of how much it helped mend us.

As a country, our collective psychology has shifted since then. We are all living in the shadow of COVID-19 now. Many are losing their lives to an illness that robs people of their ability to breathe. Our world is actively protesting George Floyd’s murder, wherein he was robbed of breath. In the midst of a pandemic, millions took to the streets demanding an end to racial inequality and social injustice, chanting “I can’t breathe”. So the central theme of breathing as a lifeforce and a means of finding grounding is especially powerful. Much more so than it was when I originally experienced the show. Songs like “Three Days Without Breathing” have taken on a new form. Lyrics like; “Breathing reminds me that I’m not yet dead. But I’m searching for proof that I’m still alive.” hit like a jackhammer.

And in this otherworldly time that is 2020, people were suddenly thrust into a heavily divided world and forced into weeks and months of isolation. Those who have always struggled with mental illness are doing so much more profoundly. And individuals who were not as familiar with the challenges of stress and anxiety may have found themselves facing new demons. Thus even people who may not have found the show very relatable a year or two ago may do so now. I have found myself sharing some songs with people as a form of elixir. Confirmation that, even though we may feel very alone currently, we are all enduring these struggles together.

This show, this album, reminds us all that life is a difficult journey for everyone. But the bonds we develop and foster with others not only lighten the load in the challenging times, but bring tremendous joy in the spaces in between. The album feels like a close friend. Bearing its soul without any filters. Sharing the most vulnerable of thoughts and ideas, and welcoming them from the listener in return.

It is beautifully written and performed. I admit that it doesn’t have the same replay value as shows that are built upon joy and exuberance. It may not be the go-to for blasting over the bluetooth speaker and dancing around to blow off some steam. But this show has something to say. Something I think we all need to hear. Realities that most writers don’t have the courage to tackle. Accomplished with delightful precision.

You can currently listen to songs from the album on YouTube. It is my hope that the full original cast recording will be available for purchase, and the fully-staged show will be performed live, in the not-too-distant future. As with most (if not all) theatre ventures, the COVID-19 pandemic has significantly altered its trajectory. So for now, that’s the closest we can get to this new show that holds tremendous potential to destigmatize and heal so many.

Take care of yourselves, and each other. I am so looking forward to the day when our community can reconvene to experience live communal theatre once again. It’s been too long, but this is only intermission and the show will eventually go on.