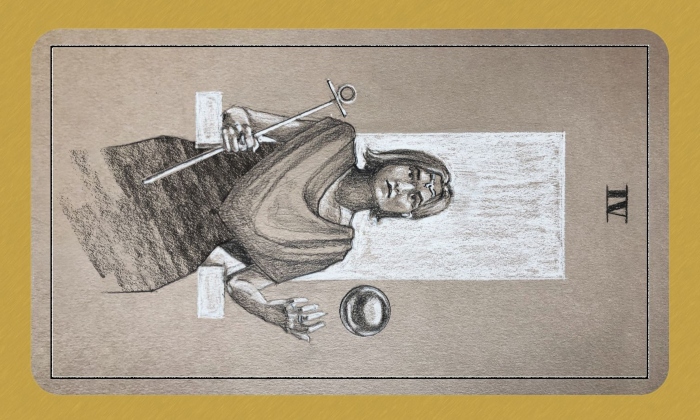 Ugh, I can’t even with this song. It’s just too good. The Austin-based songwriter ascribes to a folk-goth sound that I’m obsessing over. “Facta, Non Verba” starts off with a simple melody supporting Lady Dan’s tranquilizing voice before the soundscape builds up into a subdued wall of distortion. There’s an air of gloom to the song but a lightness to the vocals that offsets another as the sound pushes the experimental edges of folk. “Facta, Non Verba” translates to “Deeds, Not Words” which is a motto we should all seek to embody. Give a listen to “Facta, Non Verba” by Lady Dan below…

This single comes to us from a fabulous five-track EP released by Flagstaff-based songwriter H. Emily Sloan just last month. Failed State should be listened to from start to finish in all its stripped-down psych-rock splendor, but we’ll start with “Entropical Paradise”. This song not only kicks off the new EP, but it also provides an exemplary example of Sloan’s style: poetic lyrics interwoven with some seriously stellar guitarwork – all coated in an early 70s vintage veneer. Take “Entropical Paradise” for a spin below or just head straight over to Bandcamp to check out the EP in its entirety right now. Yes, this very minute.

This might only be the second single from British Indie R&B singer-songwriter Mega, but she’s already amassed quite the listenership for that debut track. And, when you hear “Let Me Let You Go” you’ll understand why. Mega possesses a powerful, and powerfully emotive, voice which she uses to reveal the inner workings of her mind and heart.  Mega’s vulnerability resonates in her voice on “Let Me Let You Go” and moves the listener. Let’s hope that this new single from Mega portends of new work in the not too distant future. Maybe even an EP? Dare we hope?