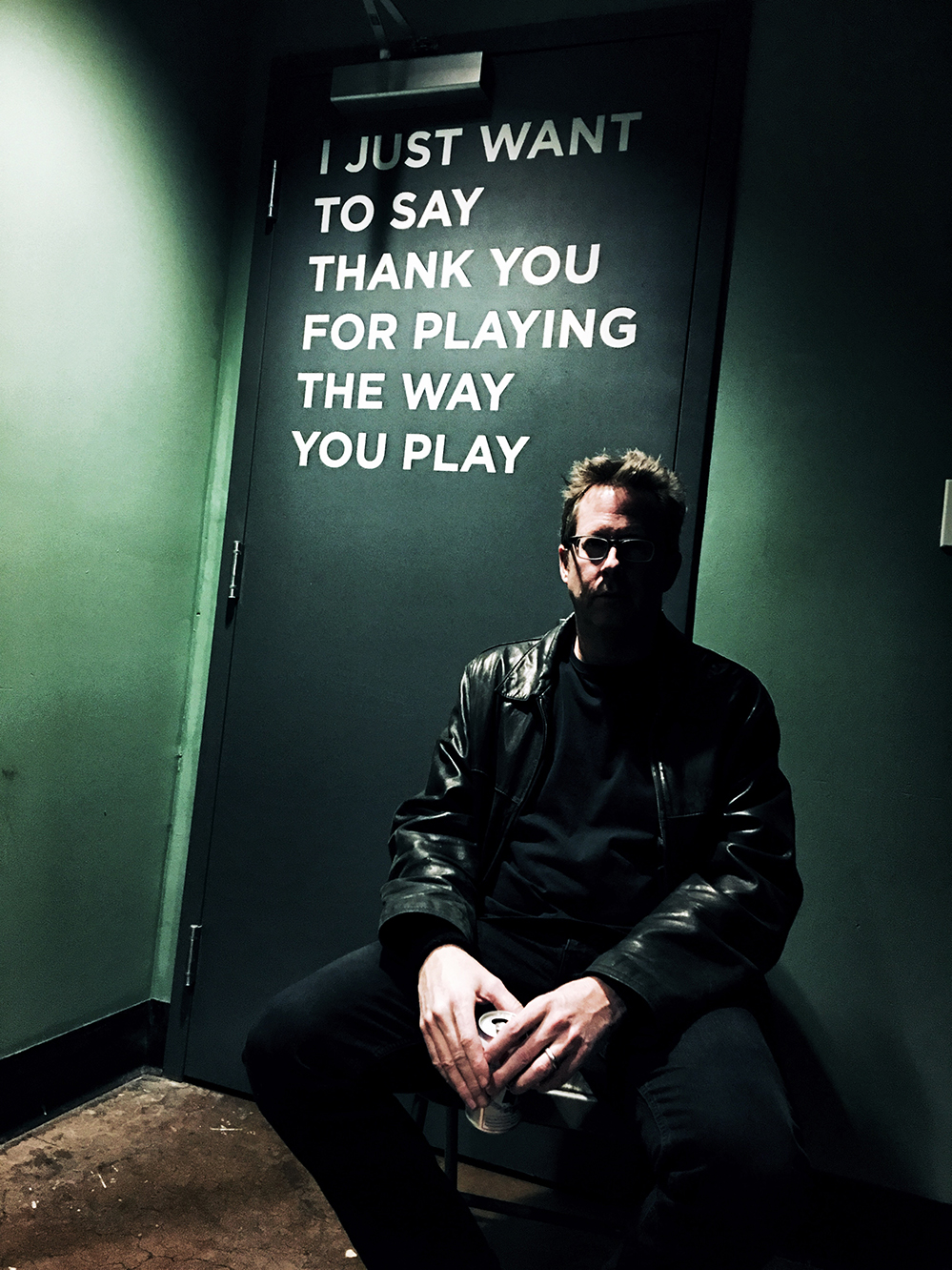 Twenty-six years. I was a late bloomer, joining my first band at 25, so I’ll probably be a late retirer [sic], too. “Craft” is probably a mischaracterization of how I play guitar. But it takes all kinds. L (singer of Scorpion vs. Tarantula) and I have been making music together for just under 20 years, first in Chicago and now in Phoenix since 2008.

In 2000, L was learning to play drums, so I brought over my guitar and amp, and we played “Have Love Will Travel,” “Cherry Bomb,” “Cinderella,” that kind of stuff. I was impressed that she could sing and play drums at the same time, and I could hear her without a PA. She woulda’ been a good singing drummer, but she quickly realized that being in front of a band was where she belonged.

That one where I wasn’t the designated driver.

Wherever and with whomever we play our first show on the other side of the pandemic. Past dream lineup would’ve been Devil Dogs, Teengenerate, Thee Headcoatees and the Mummies at the Empty Bottle in Chicago, early to mid-1990s.

I have been aggressively uncreative, consuming a lot of content rather than making it. But I am ready to get back into the practice space, the recording studio and on stage (like most of us, I presume).

L, but she’s probably busy and she’ll be home in a couple of hours.

Weekend breakfasts. Roasted red pepper, sausage and goat cheese omelet is a current favorite. Also, my version of Otro’s BLT&A is a household favorite. Made some really good carnitas recently and an excellent huevos rancheros sauce. This weekend I’m going to try to make a quiche now that I have one of those two-piece quiche pans.

I spent some time readying our recently released SvT B-sides comp, and now I’m working with Jim Waters of Waterworks Studios in Tucson on getting our next record ready to go.

The new thing is [our albums are] available for free on Bandcamp. We have physical merch available (CDs, vinyl, T-shirts); just drop us a line on Facebook. Got seven or eight videos on YouTube. Just about all our recorded material is up on Spotify. Other than that, maybe shows will happen again in the next year. If they do, come on out and say hi. We’ve been known to open a tab for those in attendance while we’re onstage.