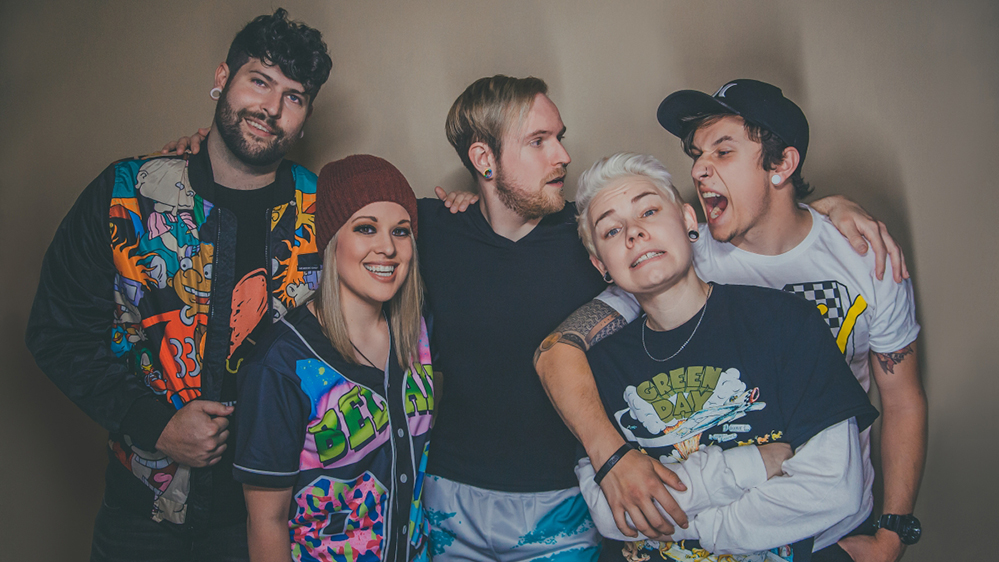 Nick: I mostly sing, but I can play a little bit of piano and guitar.

Paul: I slap the bass.

Tara: I play the drums!

Frankie: I play my guitar aggressively.

How long have you been making music? And What first drew you to your craft?

Nick: I have been writing songs and singing them for a little over ten years, but I have only been putting it into practice with a band for three or four. I had never really been on a stage before a few years ago.

Paul: Twenty years! My first show I ever went to was a New Found Glory, H20, Rx Bandits, Thrice show at Club Rio, seeing them all up on stage cemented the idea that I wanted to play music for people.

Marin: I’ve been playing guitar since the 4th grade! I originally started because I told my parents that I wanted to play drums and they surprised me with a guitar instead since it’s quieter and we lived in an apartment at the time.

Tara: My dad taught me to play the drums when I was 10 years old so I’ve been playing on and off for the last 19 years. Definitely my dad! He’s a music lover and he inspired me to want to learn music.

Frankie: I started when I was 8 years old. Guitar Hero 2 specifically made me want to pick up the real thing and the rest is history.

Nick: I think my favorite show was the one Love Like Fiction played in Austin, TX. It was our first (and as of right now, our only) little tour as a band. The trip was a really great experience and I felt like we really got to know each other a whole lot more.

Paul: Opening for Bayside in Tucson. We had won a spot to open through an online contest and Bayside is one of my favorite pop punk bands. The venue was packed, our set was great, it’s hard to top that.

Marin: Probably when we opened up for Sum 41 at Band Splash! We had all of our family and friends there and we got to hang out in the pool afterwards, so it was a great time!

Tara: I really loved playing Band Splash in Tempe. The lineup was amazing and Sum 41 killed it at the end of the day!

Frankie: Opening for sum 41 at Big Surf. Such an amazing group of bands played and the energy was just outta control.

Nick: If I could play my home state of Iowa with Motion City Soundtrack headlining that would be the dream for me. I really want to show all my friends and family all the work I’ve been putting in and I would be floored if I could open for my favorite band as well.

Paul: The Chain Reaction in Anaheim is my bucket list venue, doesn’t matter with who!

Marin: It’s hard to pick a dream venue for me cause my main goal is to play in every state, but if I had to pick a line up, it would probably be with Dance Gavin Dance, A Day to Remember, and MGK w/Travis Barker!

Tara: If I ever got to open for Good Charlotte I would pass out. I saw them once at Ogden Theater in Denver so if I could ever just play a show there, that would be insane.

Frankie: I’d love to play the Red Rocks opening for A day To Remember. (very specific)

Nick: I have been listening to a lot of different stuff, including going back to my roots and listening to bands like Motion City Soundtrack, Ludo, Fountains of Wayne, and Something Corporate. I have most recently been really into listening to some old Chiptunes music, something I hadn’t listened to or heard about in a long time.

Marin: I’ve been listening to a lot of MGK’s new stuff.

Tara: A lot of 90s alternative to be honest. I have such a soft spot for it.

Frankie: I’ve been into a lot of Silverstein and lo-fi.

Nick: Most of my time is spent playing video games, if I’m being honest. In that vein, I have been playing a whole lot of World of Warcraft.

Marin: My girlfriend and I have been binge watching Criminal Minds and Master Chef – haha!

Nick: I have recently started going back to the skate park, something I haven’t done in over a decade, and that has been really fun and a lot of great exercise. That said, however, the band as a whole has been putting in some writing work for sure. We definitely want to come out of all of this swinging and that means new content is on the way!

Paul: I’m trying my best to not be sedentary, with writing and teaching my daughter music and art.

Tara: I’ve been drawing a lot more than normal!

Frankie: I’m trying to teach myself music theory! Everything I write is based off feel and I feel like the next level naturally would be knowing what I’m actually playing. 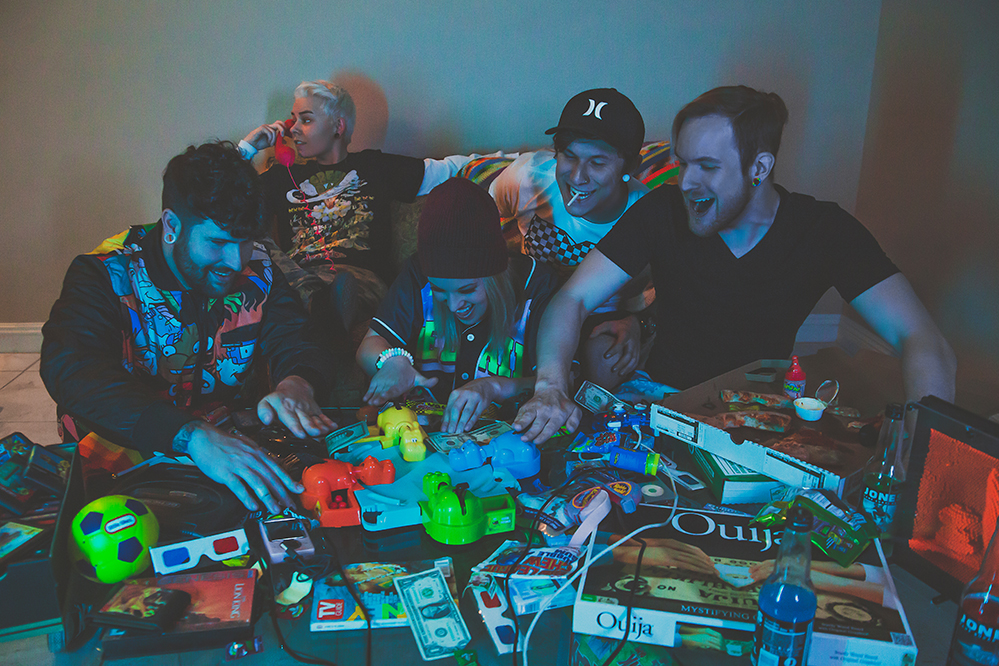 Nick: I would love an opportunity to speak with Brendon Urie of Panic! At The Disco. He is a huge inspiration for me as a vocalist and an immensely talented performer. I prefer Zoom, but that may be because I don’t own any Apple products.

Marin: That’s hard to say, but I’d probably FaceTime Freddy Mercury if he were alive – haha!

Frankie: If I could FaceTime anyone, I’d probably want to talk to some politicians. Just to get some stuff off my chest.

Nick: I make some pretty great chili. I love spicy foods and a good, spicy chili is fantastic at any time of year.

Marin: I’ve been making a lot of tacos lately. I love Mexican Food!

Frankie: I’ve been getting pretty crazy with my instant pot. Cheesecake was the wildest it got.

Nick: As mentioned above, we are definitely working on new content! I would keep an ear out for what’s to come from Love Like Fiction in between now and when things start to open up again as well. As soon as things do open up, we are hoping to continue on our EP route for New Nostalgia.

Paul: Currently just trying to write as much as possible and have enough riffs in the pipeline to hit the ground running when everything opens back up.

Marin: I haven’t been working on anything new lately. Quarantine has given me the worst writer’s block!

Frankie: Same as the rest of the band. Trying to find out how to get getting content out.

Nick: One of the best things you can do is look us up on Spotify and all other music platforms. This is where we get a lot of traffic and listening in and dropping those follows is HUGE for us. Make sure to check out our new single Misery Maintenance and if you would like to support us directly through our merch, head over here. Otherwise you can check us out on lovelikefiction.com for all things LLF!

Tara: Follow us on social media or buy merch! It helps so much 🙂

Frankie: All social media platforms, buy our merch, stream us as much as you can, tell your friends, tag us on some bathroom walls.