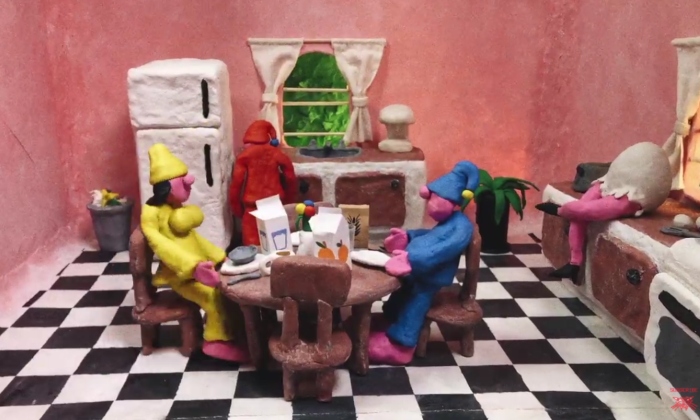 This new song from Quebec’s Gaspard Eden vibrancy of a lazy, hazy weekend morning back in the days before we were plagued by adult concerns. It was all about staying in pajamas late and watching Transformers (or TMNT or Power Rangers or whatever came after). There’s an innocence to the song and a warmth that almost feels distant, like something remembered in a story rather than experienced in the moment.

Eden captures these sentiments in his airy vocals and the hazy layers of sound that surround his voice. “Pancakes”  is one of two singles Eden released in May, but the music video just dropped toward the end of June and it is something special. The claymation video was created by Phil Berge; a tattoo artist who decided to try his hand at clay animation when the COVID pandemic left him out of work. This colorful otherworld of polymer clay is the result and fits “Pancakes” by Gaspard Eden perfectly. Both have a bright and dreamlike quality certain to delight fans, both emerging and established.