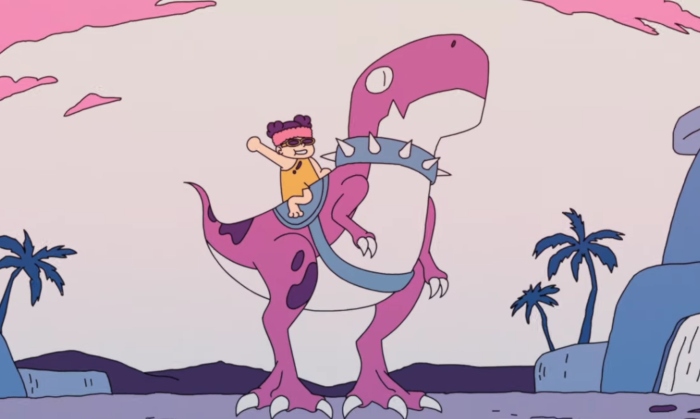 Sixteen-year-old Evann McIntosh is rapidly on the rise. In fact, she recently signed with Mom+Pop and dropped her first single on the label – this single. Now, if only she can keep her cool and not run too, uh, wild, but I’m not worried. “WIYULD” is a smooth indie song in McIntosh’s signature bedroom pop style that I’m certain will land it on mellow playlists near and far.  The music video for “WIYULD” is an equally entertaining Stone Age dreamscape to wander thanks to the animation of Janice Chun whose work has been featured on South Park and Cartoon Network. Zone out in strange world of “WIYULD” with Evann McIntosh. Mom+Pop will be releasing McIntosh’s debut EP, MOJO, on vinyl this summer in August so head over to Bandcamp to secure your copy ASAP. Srsly.