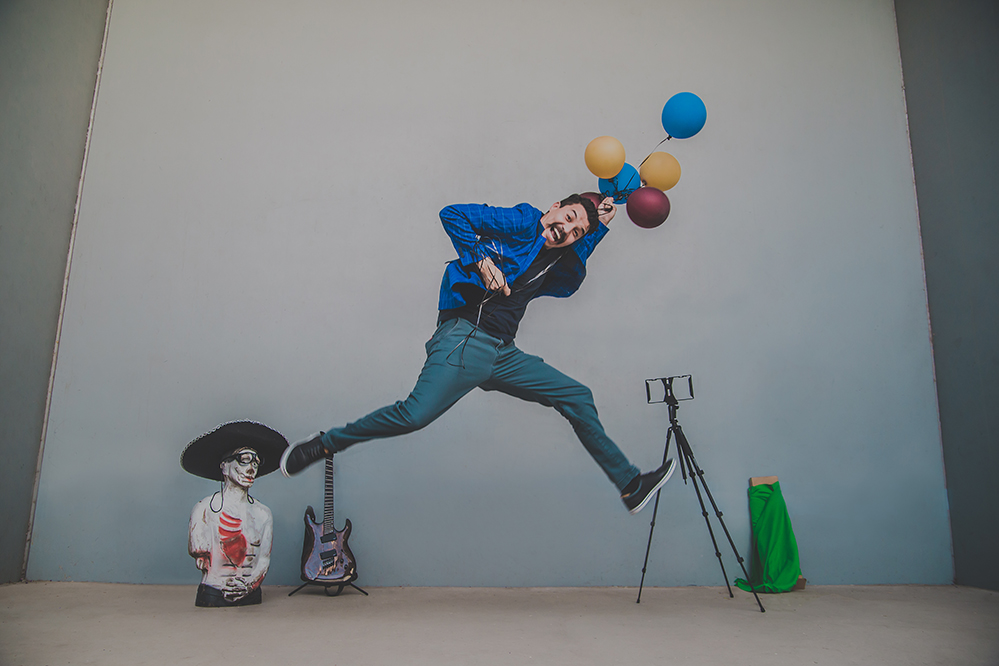 For a little over a year, Aaron Acero has been producing the AZ Local Show, an interview/performance/sketch show featuring both PHX bands and fans.

While I first encountered and followed Aaron’s Instagram page, it was another YabYum staffer who recommended I check out his YouTube channel. I’m glad I did. Not only have I learned about a TON of bands I didn’t know existed here, it’s the light-hearted humor in many of AZ Local Show‘s videos that has led me to watch more.

Acero also asks some really important questions and compiles the responses into his videos: What makes a band memorable? How do you find new music? Hologram concerts? It’s helpful to have guidance when thinking about these topics.

However, my favorite video series has got to be “What Does Metal Sound Like?”, and even more recently, “What Does Jazz Sound Like?” The way people interpret this question is different ways is hilarious. Some describing music in gritty details, many just making noise and melody with their mouth. Every answer is worth hearing.

I wanted to find out more about Aaron Acero and the AZ Local Show so I contacted him with some questions and he graciously supplied me with answers. Read the full interview below to discover why Aaron started AZ Local Show, one of his favorite interviews, and what he does when not producing original content…

Did you grow up in AZ? If not, when did you move here?

Born and raised here, grew up mostly on the west side of Phoenix but Mesa has been my home for the past 7 years. I fell in love with the area pretty quickly, I get all the happenings of Tempe, and nice quite homes of Mesa.

It looks like you’ve been doing the AZ Local Show since last March. What was the impetus behind starting the talk/sketch show?

In the very beginning it was simply a promotional device when I worked at Band Oasis Rehearsal Studio, it really was the perfect opportunity to talk to bands and get a quick and intimate performance.  As the show grew, I felt it only made sense to make it more mobile and visit bands at their practice spaces and concerts.

Including sketches as well as games into the program was just something I personally felt would benefit the viewer, band, and show. I figured if the actual show was fun and entertaining, people would want to watch again and again, even if they’ve never heard of the band/guest.

Conan O’Brien being my biggest influence and inspiration for all of this, prepping for the show I watched a lot of Conan and even Tom Green for ideas on show format and how to fit in sketches.

What has been one of your favorite interviews? What made it so special?

This was a tough one, only because I’m always learning something new as I produce content so the later episodes I definitely prefer, but always proud of that first season. First one that came to mind was season 2 of AZ Local Show with Terra Fractal, really great group of musicians full of character, and I just remember filming them perform and thinking “yep, this is what it’s about, this is why I do this.”

What is one of the most difficult things about producing regular video content? Has quarantine impacted this at all? How have you been holding up during this pandemic?

Well with the show a lot had to do with actually going out to concerts and surveying people on music related topics, but obviously the world changed drastically sort of obligating me to reformat some things. Trying to do more react videos that usually go over well, and it did give me time to learn some new things with video. I’ve always considered myself an optimistic opportunist so if I have the time, I’m going to try and get things done for sure.

It seems as though you might play a variety of instruments as well? Do you play in any bands or release your own music?

I’ve had a handful of music projects in my day, from metal bands to acoustic coffee shop jams, but most notably my band Forming Stories. FS was definitely my baby for over 10 years with one of my best and long time friends, Marc Surrey, literally just us two guys, where I did a lot of loop-pedal stuff while playing guitar and keyboard. It was a lot of fun and I’ll always be grateful for the life lessons involved with being a musician, but for me, now, it’s just better on the other side of things.

I’ll always play music, but I just have so much love and respect for the art, I don’t necessarily call myself a ‘musician’ anymore. 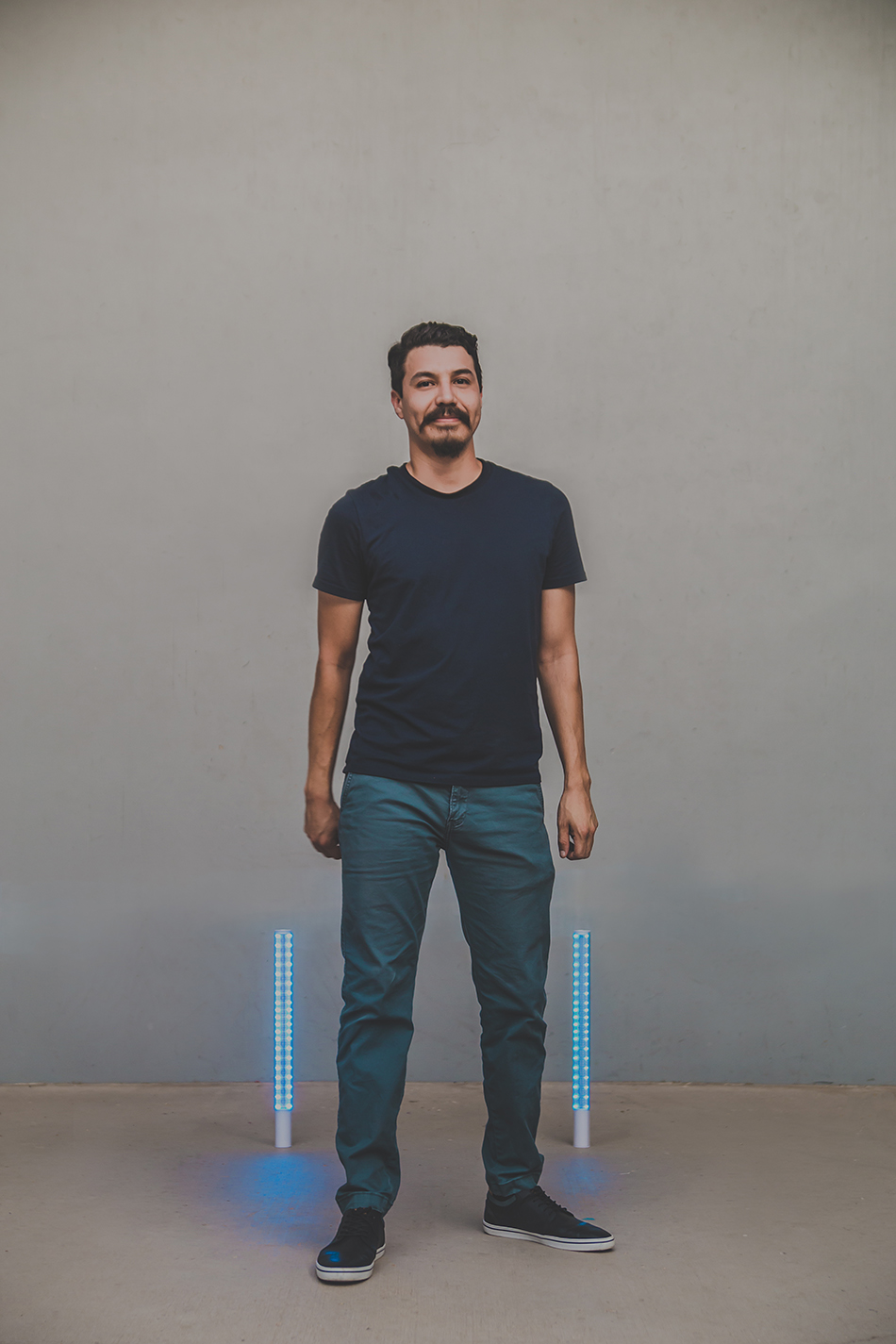 Many of the folx you interview are in the hard rock and metal scenes in town, music that we at YabYum don’t cover enough. Could you recommend some new albums by Valley bands in these genres?

Oooooo, this is a good one, always love plugging bands here. And you’re absolutely right, I can’t lie, I’m a huge metal/rock guy so you’ll usually catch me front row with a grimace face watching the guitarist shred haha. The Exiled Martyr just released ‘Novum Finem’, which is just an incredible piece of death metal. I can’t brag about those dudes enough, they consistently make leaps and out do themselves with their releases. I also can’t forget a bit of Tucson love, Decayer are also another insanely heavy band with some meaningful lyrics, they just released a new single called “Nobody” that is definitely worth checking out.

What do you enjoy doing when not creating content for AZ Local Show?

If I’m not doing AZ Local Show stuff I’m usually spending time with my fiancé, we cook a lot and have our cats that keep us entertained at home. I’m a big fan of naps as well, I usually go to sleep late and wake up early, so you know I gotta get that cat-nap in mid-day haha.