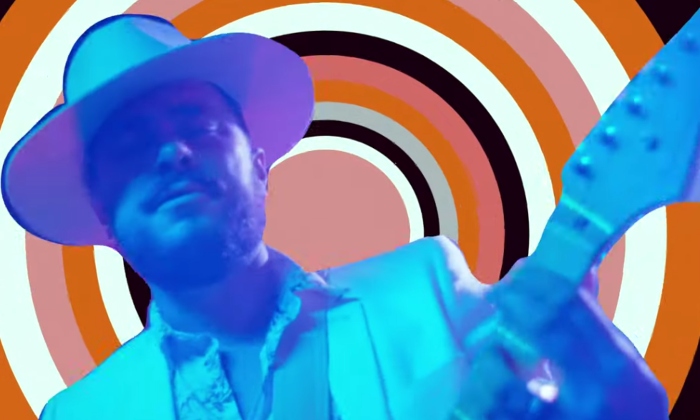 This psych rock band from Scottsdale [AZ] released a five track EP earlier this month and it has that hide-from-the-sun-in-a-dark-corner-of-your-room-and-stare-at-the-ceiling-fan vibe your really want from your summer stoner jams. The album starts off kind of woozy with a slow burning acid rock jam before solidifying a bit more by the second track. I’m super about this collection of desert rock nouveau classics here. Bummer Girl really nails something about the rocknroll of the 1970s in their sound.

Harpers is more than a band. They’re a story of two friends who bonded during a week at summer camp over a love of the same bands before they had to return home (one to NY and one TX), but they continued to exchange music and encourage each other to develop as songwriters from afar. Now, Jacob Beck (vocals, guitar) and Chris Riding (vocals, keyboard, bass) both live in Provo [UT] and together with Brady Henrie (slide guitar, electric guitar) and Parker Ynchausti (drums), they make up the quartet known as Harpers. That might seem a bit tangential when it comes to describing the band’s sound, but I say nay, it works out perfectly. “By and By” is an uplifting indie rock song with a strong narrative sense and crisp Wes Anderson-esque aesthetic. Just like that summer camp story. Boom. So listen to the damn song. It’s good.

This radio-ready jam from Color Fields asks the question, “What sort of beast lurks inside you?” This music-duo from Bridgeport [CT] combines indie pop with some roots rock, and a twist of EDM, to create their own brand of alt-pop for the modern listener. “Animal” comes to us from the duo’s forthcoming EP which is due out later this summer. The song has a slinky, bluesy feel on the verse before the chorus kicks in with its amped up charge. The music video raises a few disconcerting questions about the animal that hides behind the person, but I suppose we each have to address this on an individual basis. Nevertheless, the production is pro and the narrative strong so follow the story through to the end as you check out “Animal” by Color Fields.