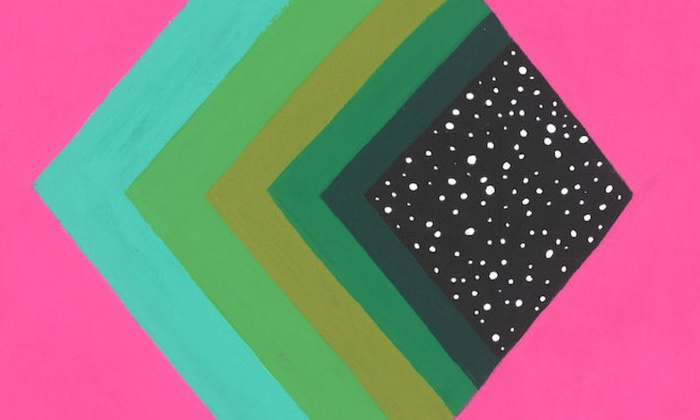 Bradford Trojan is both man and band from The Old Pueblo (aka Tucson) who/that released a brand new LP last week. “Meanwhile” is the title track from that release and it also kicks off the album. The Bradford Trojan sound falls somewhere on a gradient between folk rock and indie pop which lends it an inviting warmth and fizzy energy. “Meanwhile” offers listeners a sampling of the nostalgic hues and technicolor vibrance that one gets with Bradford Trojan, but it’s not my favorite song on the album. So my suggestion is to start here and then head to Bandcamp to take in the rest of Meanwhile by Bradford Trojan. The LP is full of dreamy summer fun.

Singer-songwriter Matt Puccio JR brings us this beautiful track all the way from Bend [OR].  Puccio’s stripped-down folk stylings and emotionally charged falsetto create an atmosphere of intimacy as he recounts experiences of endured family trauma. For the songwriter, “Granite City, IL” speaks to a very personal situation, but as a listener, I felt myself aligning my own experiences with the lyrics and the heartache they carry. For Matt Puccio JR, the song is about being raised by his grandmother, in place of his mother, and the stories of the Great Depression she would share with him. You begin to feel the weight of sorrows handed down. “Granite City, IL” comes to us from A Heart is a Heavy Burden, which is due out this summer and is the last of a triptych of EPs released by Puccio this year. Get into the lofi folk sounds of Matt Puccio JR.

First time I saw Lara Ruggles, the songwriter behind Sharkk Heartt, she was performing in NYC with decker. and she definitely left an impression on me. Then, in 2016, she decided to leave Denver to return to her hometown of Tucson and adopted the name Sharkk Heartt which arose during a good ol’fashioned wine-drunk with friends. Now, Sharkk Heartt is gearing up to release her first album this coming Fall and this single is offered in prelude to that release. Ruggles’ voice resonates with a clarity that drives the message straight to your core and “More Than This” has an empowering message we probably all need to hear right about now. The vocals drive the song, rich in harmonies, only punctuated by the piano that help give shape to this folksy ballad. Check out “More Than This” by Sharkk Heartt and get ready for the new record this Fall!