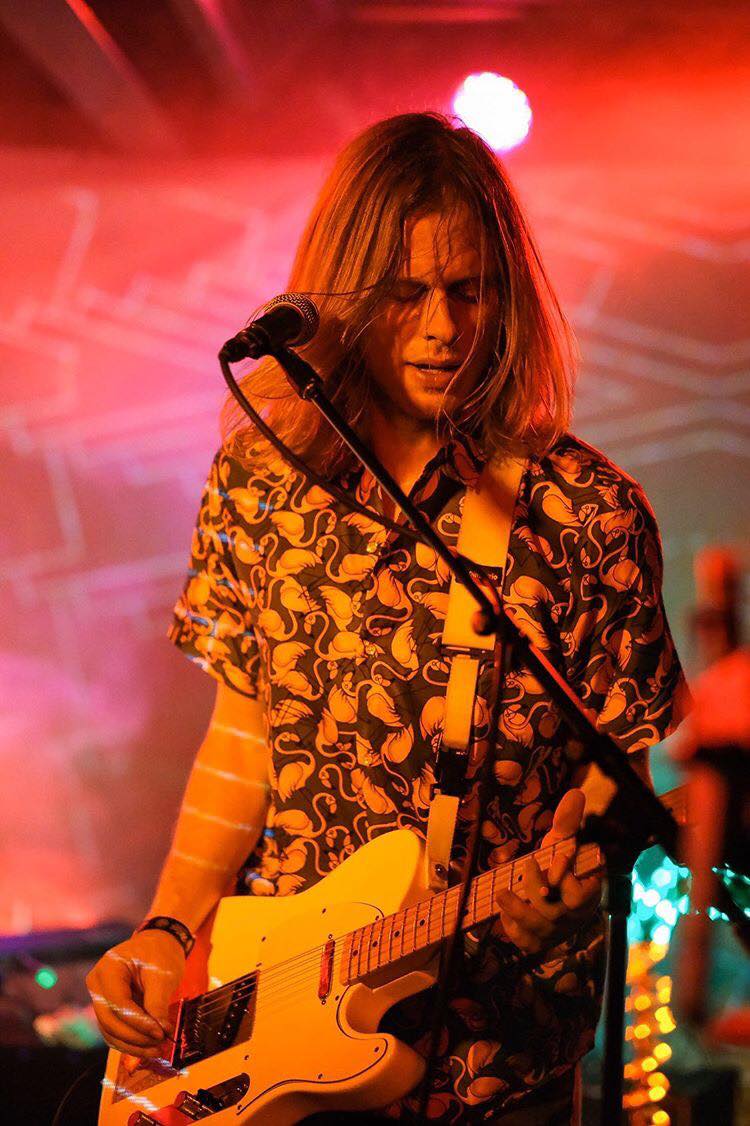 Oliver Lemke at your service. I play in two bands, Paper Foxes and Soft Deadlines.

Guitar, piano, bass and drums. None of them especially well, but that’s showbiz, baby.

I started writing songs when I was twelve. I grew up in Canada and Idaho so there was nothing else to do.

Album release shows are always special and I think it would have to be a tie between the release of Soft Deadlines’ LP, People Are Evil (Crescent Ballroom, 2018), and Paper Foxes’ Popular Confessions late last year at Rebel Lounge.

I’ll limit myself to current bands because otherwise the possibilities are endless. I think the best live bands I’ve seen in the last few years are METZ, Yip Yops and maybe Playboy Manbaby. Put them together somewhere intimate like the Hi-Hat in LA or our very own Valley Bar.

I’ve been checking out some of the more obscure corners of 70s post-punk, Pere Ubu etc, but the stuff that’s getting me lately is stuff it wasn’t my idea to listen to. Prefab Sprout from my brother, Why from Patro my Paper Foxes bandmate, and my fiancée plays a lot of early Doja Cat around the house and it’s been working for me, very chill and melodic.

I just reread The Crying of Lot 49, which I think is a really interesting delve into the perils of conspiratorial thinking, and I recently finished season one of Glow. I was already a fan of Marc Maron and he’s delightfully awful as the sleazy director character, but Alison Brie is the real secret weapon.

I’m definitely spending more time writing and making home demos of songs. I’ve wanted more creative time my whole life so I’m trying not to waste the opportunity. But I’ll admit it’s a funny thing trying to get motivated when no one knows how long this will last or if I’ll ever be able to share my work with a live audience. Not that live is the only way to present something but to me it’s the most fulfilling.

For one on one I think FaceTime is great. Easy to use, preinstalled on my phone. But for a group interaction I see the advantage of Zoom, my buddy Todd from The Invisible Teal had a whole birthday party on there. As to who… Annie Clark maybe? She’s a bona fide genius, and there’s something alien about her, I’d love to pick her brain.

My grandfather would never tell me his recipes, but I’ve found my own way to a Cajun white beans and rice that I think compares to his.

I’m writing a couple of new Soft Deadlines tunes that are very danceable but with a neurotic vibe. Nothing new for that project. I’m writing some stuff collaboratively with my brothers as well — Harrison Lemke and Julian Lemke. Harrison comes up on his own if you search and Julian will be easiest to find under the name The Disparities which is our old band. Both incredibly talented guys, I wouldn’t be nearly as good if I wasn’t trying to keep up with them. And as I mentioned, Paper Foxes have new songs that we’re gearing up to record with our favorite mad genius Bob Hoag at Flying Blanket Recording.

Soft Deadlines, Paper Foxes, and The Disparities can all be found on Bandcamp, Spotify, YouTube etc. I also have a bunch of merch and physical CDs that I’m happy to ship to anyone directly, just message me and we’ll figure it out!