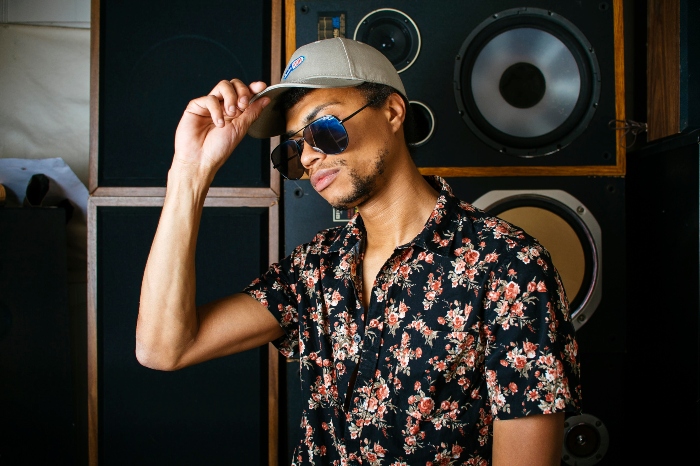 I go by the name of Bryan Preston and I’m the founder of the boutique independent label, TVLiFE Entertainment out of Tempe, AZ. I’m a songwriting-producer who performs solo and features as DaDadoh. The majority of my live shows these days have me backed by my punk-rap band, The POC!

I’ve been recording and writing my own songs for 20 years.

“Song 2” by Blur and the music video for “What’s My Age Again” by Blink-182 are the reasons I fell in love with the guitar. It wasn’t until I dropped out of college and heard “Be” by Common that I became enamored with Hip Hop.

This is a hard one. Could be opening for Doja Cat as Bert’s DJ to 2500+ people on the westside of Phoenix not too long ago or maybe the first show I got to play at Crescent because that one meant so much to me on a personal level. I can’t forget about selling out Trunk Space with Exxxtra Crispy and how wild that was! Any time I get to grace the stage at The Quarry in Bisbee will always be a truly unforgettable moment as well!

Live at The Norva in Norfolk, VA:

I constantly await new stuff from Boycott!, Bindi-eye and Rozotadi as far as local music goes. I also love listening to MEGA 104.3 every Sunday morning/afternoon with “The Manic Hispanic” while I run errands. It’s a bit of a tradition for me.

I’ve been watching a lot of virtual tours of cruise ships. Don’t get me wrong; I have convinced myself that I would never go on one but the more I watch these damn things, the more fascinated I get with them. The entire time I watch them I’m thinking, “What else could they put on them?!” and then it’s something else that blows my mind!

I’ve been watching a lot of documentaries but the problem with that is they end up brain-washing you! I watched a doc on hamburgers and almost booked a flight for two days just to eat a burger. They’re dangerous!

I’d love to Facetime my mom as much as possible. She’s really funny and always has a opinion on something. She’s the most helpful person I’ve known my entire life.

I’ve been working on a pasta puttanesca recipe for a couple of years that has been a staple in my kitchen repertoire. It’s such an easy recipe that takes virtually no time, packs flavor and can easily be made vegetarian or vegan. I highly recommend it!

We just published Counter Culture-shock (Remastered) [Deluxe] by Andy Warpigs and Held Captive by Spicy Mayo on all streaming platforms worldwide via TVLiFE and the response has been wonderful! We’re about to follow with the release of sophomore albums by both Spicy Mayo and my band, DaDadoh + The POC pretty soon!

I’m also co-founder of a new web series on YouTube called The Breakdown with Tour Guide Saul. It’s a show where we get the story behind the lyrics from artist. We just put out the first half of the first season and it was really fun to make. We’re currently working on the next few seasons while looking for a home/someone to possibly host it.

Check out all episodes of The Breakdown here.