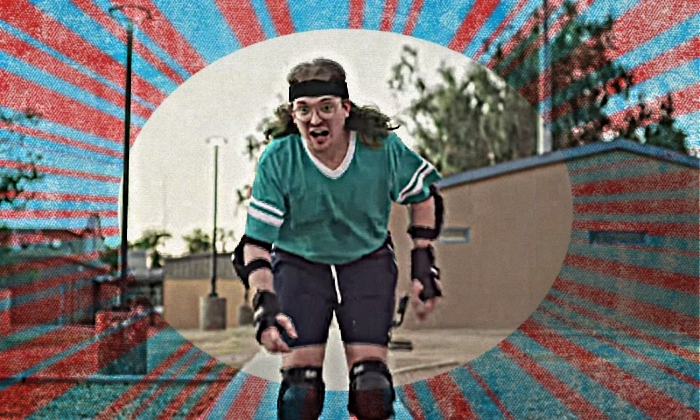 PLAYBOY MANBABY
“I WISH MY BRAIN WAS A COMPUTER”

Playboy Manbaby brings an irreverent humor to everything they make, be it a new song or a new music video, but no one can accuse this PHX funk-punk quintet of not taking their commitment to creation seriously. Ever since their inception a’ways 8+ years ago, the PBMB crew has been steadily releasing new music to their ever-growing fan club of which I am a card-carrying member. Or, at least, I would be if they’d ever print me a damn card.

The band just keeps getting better with every year and this year saw the release of Debbie from Zumba, which came out on cassette in February. You can find “I WISH MY BRAIN WAS A COMPUTER” on that release, but you can put a music video (or rollerblades) onto a cassette so I suggest watching those here before heading to Bandcamp to score your copy if you still can. Only five cassettes are left at the time I’m writing this so hurry!