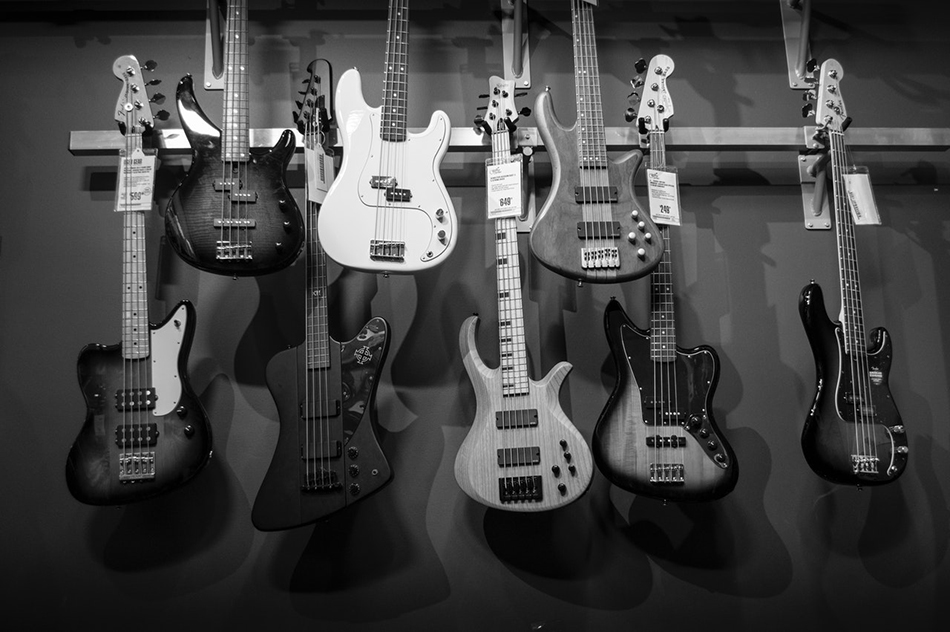 I’m no expert, but I think we could all use a laugh every once and again. Just for a few minutes before going back to fighting racial injustice and people who don’t think COVID is a real thing. A few moments of self-care can be good for you and there’s a reason why laughter has been dubbed “the best medicine”.

So, after much thought on the subject, I realized there’s at least one segment of the population we can all agree is deserving of mockery: bass players.

It’s OK. I did the research and, believe me, everyone seems alright with this. Please comment below if you agree/disagree with that statement. If there’s enough positive (or negative) feedback, I’ll look into making this a regular series featuring a different group of musicians each time. So without further ado, here are some jokes to laugh your (b)ass off.

Now, many of these jokes have been around a long time. I remember hearing some of these from my uncle (who’s also a bass player) when I was first getting into music…

How many bass players does it take to change a light bulb?
Only one – but the guitarist has to show him first.

What do you call a bass player that only knows two chords?
A professional.

What do you throw a drowning bassist?
His amp.

What does a bass guitar and a lawsuit have in common?
Everyone is relieved when the case is closed.

A teen tells her mom, “When I grow up I’m going to play the bass guitar.”
Her mother replies, “Well honey, you know you can’t do both.”

What do you call a successful bassist?
Someone whose spouse has 2 jobs.

Why couldn’t the bassist get through the front door?
He couldn’t find the key and didn’t know when to come in.

What does a bass guitar and a baseball have in common?
People cheer when you hit them with a bat.

What’s the definition of an optimist?
A bassist with a mortgage.

What do you call twenty bass guitars at the bottom of the ocean?
A good start.

How many bass players does it take to change a light bulb?
None. The piano player can do that with her left hand.

What do you call it when two upright bassists play in unison?
A minor second.

What you do get if you mix a bassist and a roadie ?
A bad roadie.

What’s the difference between a bass player and a bass fisherman?
Something something Chris Squire.

A man goes on a vacation to a tropical island. As soon as the plane lands, he gets off and hears drumming. At first, he thinks, “This is pretty cool”. He ends up going to a feast and hears the drumming. He eats lunch and hears the drums. He goes to the beach and hears the drums. He tries to sleep, but can’t because of the constant drumming.
The drumming goes on for four days. The guy has to go down to the front desk because he can’t sleep. He asks the manager, “What is the deal with these drums! Make them stop. I haven’t been able to sleep this whole week!”
The manager of the hotel says “No. Drums don’t stop. You don’t want the drums to stop, sir.”
“Why?”
“Because when the drums stop… the bass solo begins!”

A Bass Instructor is excited about getting a new student. The kid is comes in for his first lesson and learns all the notes on the E string. Next week he comes in and the instructor shows him all of the notes on the A string. The third week comes, the teacher is waiting, but the kid never shows up. Annoyed, he calls him to see where he is.
The kid picks up and says, “Oh, sorry man, I got a gig…”

The band is on stage. The drummer is really into it and thinks “Man, we are playing some awesome songs tonight!” The singer is looking at the crowd and thinks, “What an amazing crowd we’ve got tonight!” The guitar player check out the girls and thinks, “Yeah, we’ve got some hot chicks right in the front row!”
The bass player is playing and thinks, “A A A A D D D D”.

Even Homer Simpson got into bass playing in the episode “Covercraft”

And last but not least, The Hard Times stepped it up (or down) with their “Lowriders: Bass Player Support Group” video

I hope you’ve had some fun and enjoyed laughing at these jokes and videos. However, I would be remiss if I did not include a video of my favorite YouTuber of all-time, Davie504. An absolute legend at both bass and YouTube videos, it’s impossible to pick a favorite video to share so I will include his featured video at the top of his channel. While he may be able to rock a 24 or even 36 string bass, it’s his 0 Strings Bass Solo that truly is epical.

Mark Anderson has played bass in many bands. Currently he plays the saxophone.