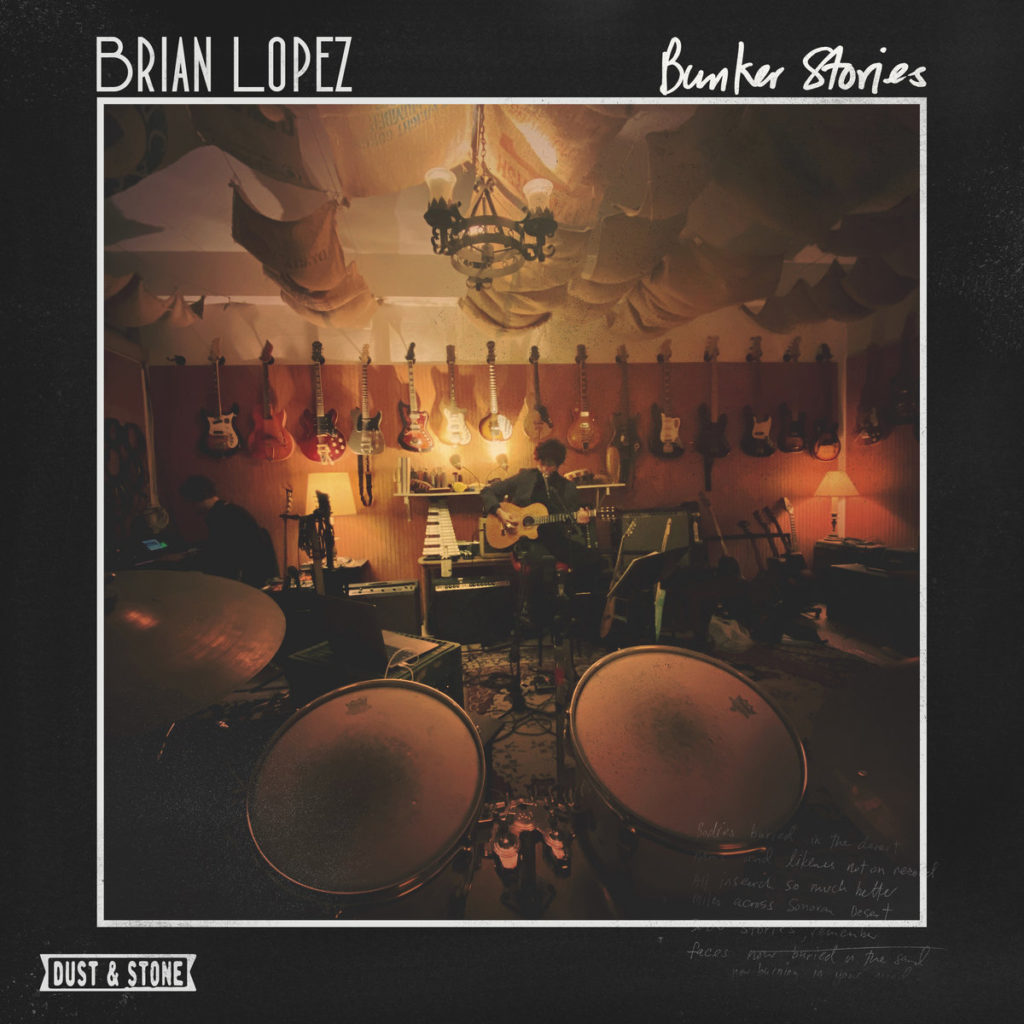 When someone as antisocial as myself is beginning to feel the constraints of confinement, I can only imagine how the rest of the world is feeling. I’m missing live music in particular, but thankfully, some artists seem to be finding workarounds to help us bridge this divide. Brian Lopez is one such performer filling the void left with a live recording. But, unlike many others, Lopez manages to encapsulate the warmth of the live music, the sense of camaraderie, the intimacy of a stripped down set, of complete sensory command, that goes along with the in-person experience on his live collection released in April called Bunker Stories.

Bunker Stories reminds me of MTV Unplugged, that much-loved 90s show from when MTV was actually cool. Lopez mixes little tidbits about the songs in between the live renditions, just like you’re sitting there in an intimate venue with a really great sound system. And he plays to his fans, incorporating early favorites, like “Leda Atómica,” or even an unexpected cover, like  Lana del Rey’s “Video Games.” The songs, it would seem from the interspersed chitchat, were requested. No one asked me for my request (joking, I’m joking), but Lopez really hits my favorites in the collection so I have nothing to complain about.

In fact, the album opens with one of my favorites from the Brian Lopez oeuvre. “Leda Atómica” was one of the first songs that lured me over to the Brian Lopez fanbase. It has all the key elements that elevates the artist from “solid” to “spectacular” – from his skills as a songwriter to his otherworldly voice. And, as often happens with his music, there is a touch of the mystical woven into the fabric of the song.

The next track, “El Pájaro Y El Ciervo,” is definitely one of my favorites from Bunker Stories (whistling included), but I love the lonesomeness of “Mercury in Retrograde,” the single that follows, so it’s rapidly gaining rank.  “Osiris,” as Lopez states, was written for apocalyptic times… which just might be upon us a bit sooner than expected. The track originally appeared on an album by XIXA – the Tucson cumbia supergroup that Lopez is an integral part of – but Bunker Stories takes all of Brian Lopez’s songwriting history into account and then some.

“I Pray for Rain” hits home with me in a whole new way from my initial listen when I first heard it on El Rojo all those years ago. Just as heart-wrenching as I remember, but revisited after more than decade’s worth of additional heart-wrenching for both artist and listener.

And through it all, Brian Lopez’s vocals are the central focus that entrances the listener throughout Bunker Stories – from the tremulous tenderness of “Red Blooded Rose” to the airy “I Don’t” and the power of “El Vagabundo.” He even goes so far to close the album with “Hallelujah,” the Leonard Cohen classic that many vocalists of merit has tested their mettle against (true story).  This rendition easily ranks among the greats, IMO.

The album was recorded live at Dust and Stone Recording Studio by Frank Bair (who also mixed and mastered it) and released just five days later. Toss some support to Frank and Brian for making Bunker Stories happen and land a copy for yourself. It will be a special marker of this strange time in our lives. A thing of beauty in a time of darkness.