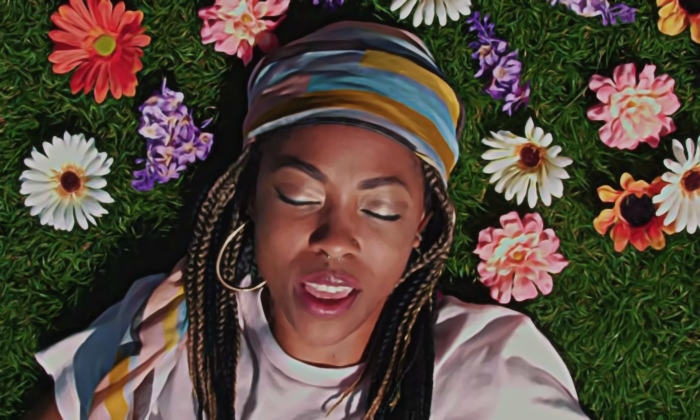 Tucson-based artist Chezale partnered with New Mexico producer Per C Wells for a special Southwest collaborative effort on “Special Friend.” Chezale fuses influences that stretch from Retro Soul sounds to 90s R&B/HipHop crossover artists in crafting her serene vibe on this single. Chezale’s smooth rhyme style will surround you in positivity as you listen. This Pittsburgh transplant goes beyond the triple threat of acting/singing/dancing by adding producing, songwriting, and mad yoga skills (which you can see in the music video for this track) to her resume. Give “Special Friend” a listen below or check out the flower-filled music video here.

Flagstaff music producer Cecil Tso (also of An Illustrated Mess, etc.) is working on a special social distance music project under the moniker Whatever Cecil and drawing together talents from around the globe to bring this effort to life. “Bones” is a cross-continent collaboration that emerged from some very different spaces, even though it was made before the onset of COVID-19. There’s a loneliness to it despite the fact that The Great Isolation had not taken effect and maybe that has something to do with the artist working apart from one other. But, for Tso, the song represent a positive example of how techonology can overcome distances to bring people together. Cheers to that.

Okay, this song was definitely recorded during the pandemic. Alex Mack uses “Pandemic (2020)” to deliver a knockout blow to the doldrums gripping a world beaten down. Alex Mack will help you shake off the weariness holding you down and slowly build you back up. Until, his laid-back rhyme style, Mack reminds you that the revolution will not be televised as the song nears its close. If you enjoy “Pandemic (2020)” consider diving into Alex Mack’s recent EP, A$$TRONAUT TV for more from this Tampa-based artist over on Spotify.

ILL EFFECT combines the talents of PreciseMC and DJB, but DJ Faceless frequently joins ranks with the duo, as he does on this new track, “MmmHmm.” This frisky single has some great bounce to it and some old school elements incorporated into the instrumental element for some extra fun feels. ILL EFFECT started working together back in 2006 so they’ve had time to achieve a symbiosis in style and sound and you can hear that on “MmmHmm.” I suggest taking the single for a spin right here or head over to Spotify for this track and others by ILL EFFECT.

I don’t care what you say. This song is rad. This video is also rad. And I like everything the Belaganas have put out thus far. Anyone who wants to censor these kids, their bad attitudes, or their genre-busting music can f-ck off. I’m in this for the art and the Belaganas are straight fire.  Punk meets Hip Hop for one hell of a party on “Bang,” part of a 3-track release called Listen up that the trio put out in May. Check it out. And then check out all the the video offerings available through Youtube that this PHX act has to offer. If you’re just learning about them now, like me, you’re already late to the game, but I’m sure Belaganas don’t mind stragglers joining the fan base…