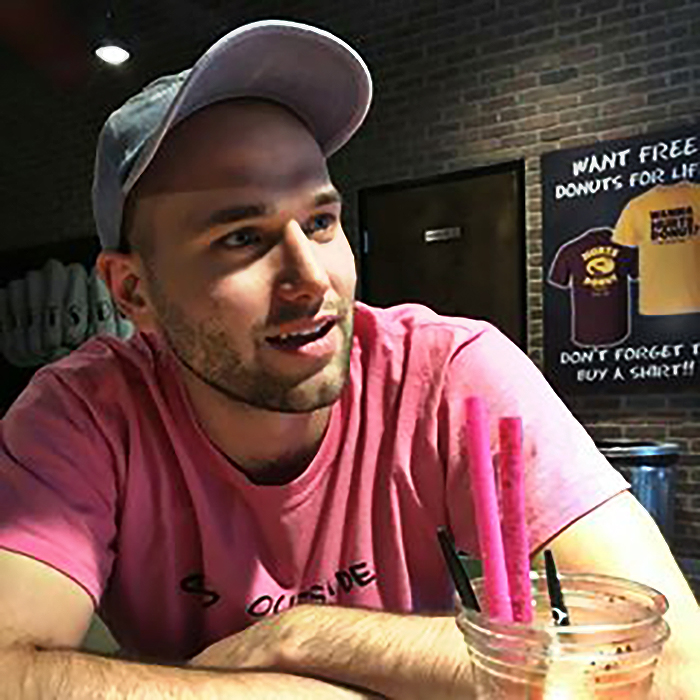 If you’re not following Jacob Unterreiner on Instagram, you should be.

Using wit, humor, and education, the musician/writer/teacher/personality has been posting videos on Insta for sometime now. YouTube too. Part instructional, part experimental, and some downright funny, you don’t have to be a musician yourself to enjoy his all-original content. However, it was when he began posting his “musician bracket” series that he truly elevated his content to another level.

If your curious as to what a musician bracket is, it’s exactly what it sounds like sounds. Sixteen competitors enter a competition and only one comes out the victor. There has been some incredible output from the participating musicians, each essentially soloing on top a pre-selected song. After hosting two guitar brackets in the past six months, Jacob is now in the middle of his first drum bracket of 8 participants — with some exciting results being displayed.

As I mentioned before, Jacob is a musician in his own right. He plays bass in the band Brother Teresa and guitar on most of his videos. Alternating between original compositions to creating parts that he plays on top of new songs he’s into (like how I found out about the new Beleganas album –whoooo!), to sitting with other artists and discussing song structure and theory with his On That Note YouTube series, he’s always thinking of different ways of exposing artists from AZ and beyond to his growing audience.

I wanted to find out more about Jacob’s process and his bracket series along with what he himself has been up to during this strange quarantine time so I emailed him some questions and he shot back some answers. Read the full Q+A below and check out Jacob and his projects on your preferred platform. 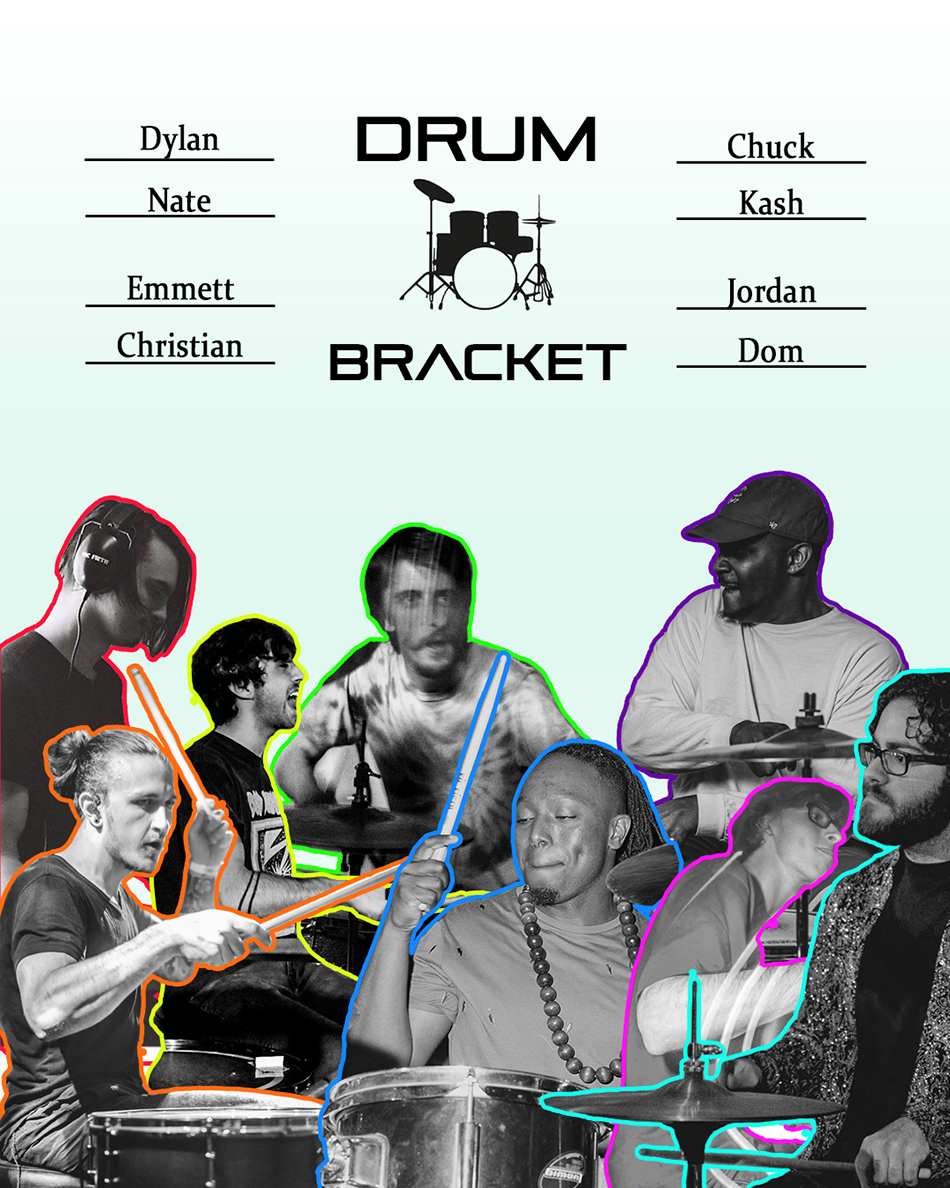 How did you come up with the idea to hold musician bracket competitions? This was before the whole idea of quarantine ever became a conversation right? It certainly works well and is a fun highlight to see during these times.

I think I had the idea way back in August of 2019, but the first bracket happened back in December, which was a few months before the quarantine was our reality. The idea came about because I was really wracking my brain trying to think of ways to play into what people love about social media. The audience really wants to engage with the musicians and this seemed like a really good way to achieve that.

The other component was I wanted to force people to listen more intently to the things musicians were playing. I was getting the feeling that people were only listening to the first few seconds of people’s videos before scrolling, and so I wanted the competition to make people listen with more patience.

Did you reach out to all the musicians involved? Or did you ask for submissions? It seems like you’re not always familiar with the musician and/or their work…

For the first guitar bracket I reached out to everybody, there were a few people who I had never met in person, but they were all from the Phoenix scene, so I had heard of them or seen their Instagram videos. For the second bracket I took a few suggestions from people, but I probably had 30+ people reach out to me trying to be in it, so I had to be selective.

How do you choose who gets paired up with whom? Completely random or totally psychoanalytical?

The matchups are completely random. I go to Challonge.com (not a sponsor) and type in all the names and it spits out a randomly generated bracket.

How do you choose the songs people play to/on top of? Again, is it random or is it more involved?

The pairs pick the tracks they perform over. So once people get paired up (either in the first round or later in the competition) they message each other and decide what music to use as a basis for their solos. Dylan Ewing and Gus Campbell keep threatening that if they’re paired up they’re going to use this beat, which would be their right haha.

How has the response been? I feel like it’s overwhelmingly positive and that everybody loves it but perhaps not. Are there some sore losers out there?

My absolute favorite part of the response has been hearing people talk about the matchups! Pretty much any show I went to in December people were coming up to me and either asking what the voting looked like in the matchup that was live, or were predicting who would be facing off in the next round. People were really analyzing things and it was exciting to see how much thought people were putting into it. It felt like a smaller, local version of how ESPN covers March Madness, people were listing the strengths of each guitarist and how those strengths compared to their opponents.

As for sore losers, everybody who has been in the competition has been incredible. But, I have gotten my fair share of messages from people who aren’t involved that have made me roll my eyes. A lot of “I could shred faster,” or “Neither of them are as good as me.” My go to response to these people has been “I really admire how comfortable you are being a stereotype :)” which has generated a lot of entertaining confusion in them, one guy responded to my comeback with what I’m pretty sure was a non-ironic “Thanks!”

How have you been during this quarantine time? Have you been working the whole time? Now that the official Stay At Home Order is relinquished, will you be venturing out into the world more?

Yeah, the high school that I work at moved completely online, so I’ve been running all of my music classes out of Google Classroom. I’m still being cautious in terms of venturing out into the world. I’ve seen a lot of outrage about the stay at home orders being lifted, and I understand that, because medical professionals are recommending the opposite. But I think a lot of the anger I’ve seen from people fails to account for the fact that our society/government/economy is so broken that the economic recession many are predicting as a result of the shutdown will also kill and displace a ton of vulnerable people.

I keep hearing people say that people’s lives are more valuable than the economy, which is 100% true, but one of the reasons America is deeply flawed is people’s lives are so dependent on the economy. Do people really trust the government to help the 40 million Americans who currently live below the poverty line during an extended shutdown? A bunch of those people will be at a tremendous risk when the unemployment benefits return to normal at the end of July. To clarify, I’m not advocating we re-open everything, I’m just very frustrated with how people tend to simplify everything, when the reality is incredibly complicated.

What personal musical projects have you been doing? Virtual practice with Brother Teresa? Are you in any other bands?

Brother Teresa is working on a little 3 song EP at the moment. We just got done tracking bass and drums. I’m also still playing guitar with hip-hop artist Pariah Pete, who just put out his single “Red Wine.”

I really hope to see this bracket challenge gain more and more momentum. Will you be doing other instruments I hope like bass or brass?

Bass and keyboards are definitely on the list, I also think I’m going to do a producer bracket where each producer gets the same sample to flip and has to create a short little beat.

Any other awesome ideas in the works that you would want to mention?

Not really! One really funny thing to mention about the bracket is I’ve had so many conversations with some of the older voters who can’t quite figure out how Instagram works. I get a lot of the participant’s grandmas and grandpas just messaging me telling me who they’re voting for, but they’re unable to figure out how use the poll feature. I even had one particularly enthusiastic woman send me a video of her and some people she played bridge with all saying they voted for someone, and then she said, “That’s 4 votes right there!” and it was absolutely adorable. 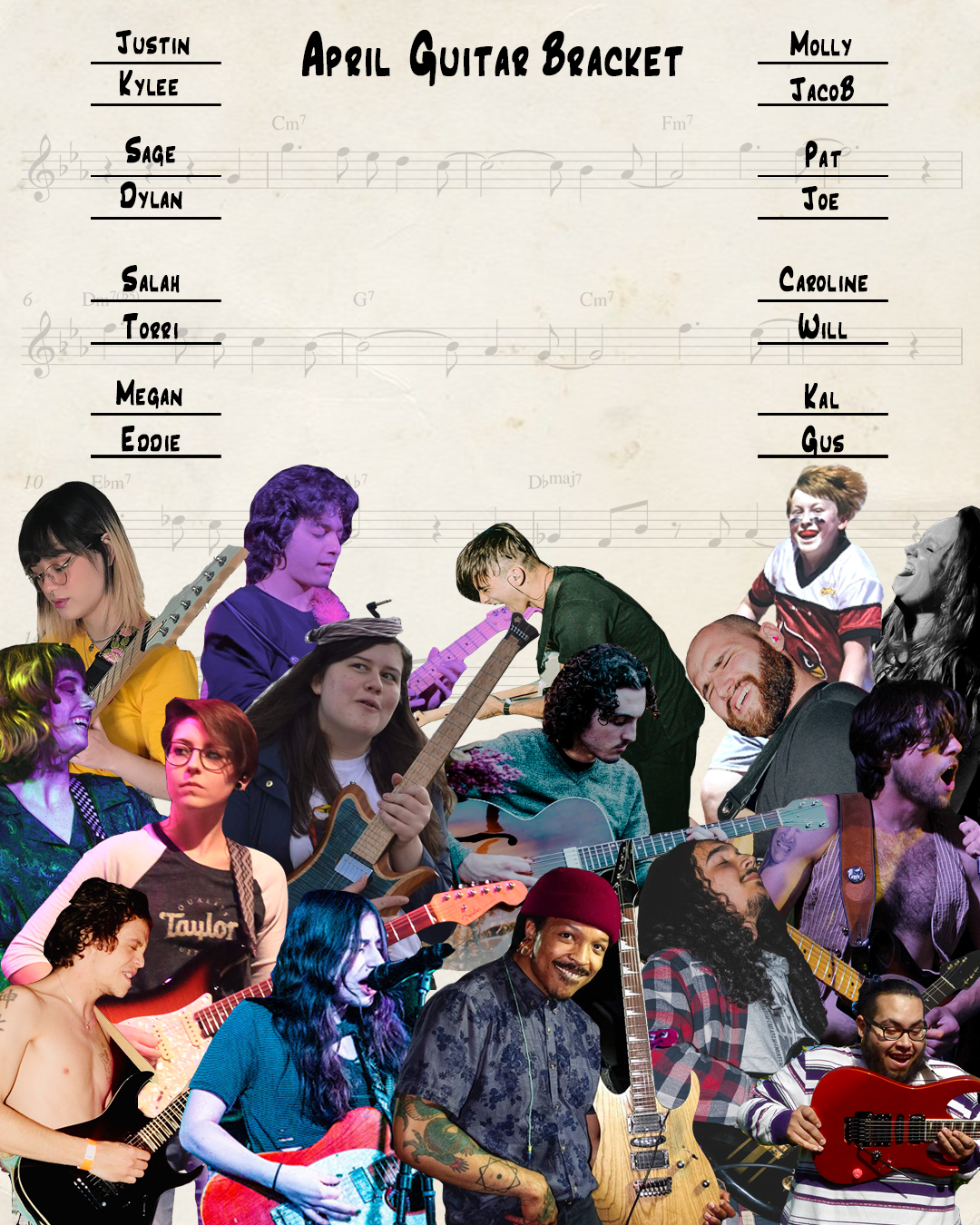