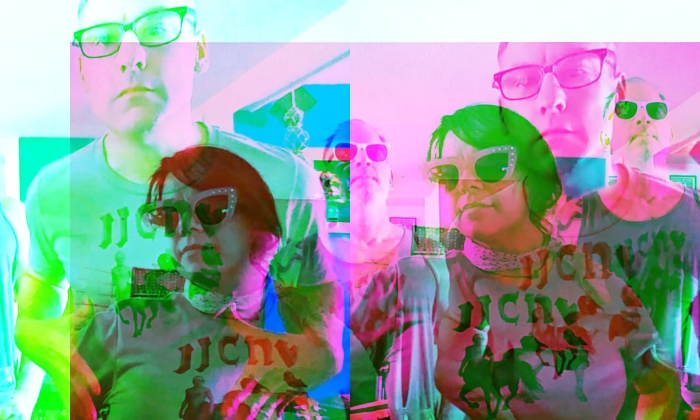 I’m Jeff Barthold. I assume this is about a band, and the name of that band is JJCnV.

I’m Pete from JJCNV and also the Shaving Party.

Jeff: In this band I play the drums, and every so often the slide whistle.

Pete: Since my teens. I had been drawn to music since I was a wee lad.

Dana: I think I’ve been playing for about 1,000 years. You could say I was drawn to it the way a drowning person is drawn to a life preserver.

Jeff: I played guitar in a punk band in high school, and have played drums in JJCnV for 15 years, so I guess that’s a total of 20 years (there was a 10+ year break between those). As far as why, I always liked listening to music and most people I was friends with did as well. Playing in a band is just something else you can do for fun with the people you like to hang out with.

Pete: Any of the record release shows for JJCNV have been outstanding affairs.

Jeff: These three were a long time ago but I remember them like they were last month so they must have been pretty good:

Dana: An extended and generously funded European tour with both bands I’m in as well as my pets. Offers to play with other cool bands will be considered on a case by case basis.

Jeff: I guess we’re playing this hypothetical show? Well, Death Takes a Holiday (Pete’s old band) played with Steel Pole Bathtub, and The Budget Sinatra (Dana’s old band) played a show with Mclusky, so it’s only fair that I get to play a show with both of those awesome bands as well. My answer is JJCnV with Steel Pole Bathtub and Mclusky. And if I get to pick it might as well be in Hawaii.

Pete: V3, JJCNV and GBV with Scott Joplin providing music between acts. Have this someplace in NZ.

Pete: Music and podcasts like Mysterious Universe and 80’s All Over.

Jeff: NPR and azpunkradio.net. I just got access to “The Spotify” so I’m going to try that soon, I’ve heard it’s good.

Dana: Watching anything except Tiger King (for example, Conversations with Ted Bundy doc on Netflix), reading anything that holds my interest.

Pete: TV – Tales from the Loop, BCS, Ozark, What We Do in the Shadows Books (Cloud) – A New World, The Cosmic Machine, Collected Stores of Arthur C. Clarke, Lucid Dreams

Jeff: The Six Million Dollar Man, The Bionic Woman, with a little MacGyver and Hart to Hart mixed in.

Jeff: I’m lucky enough that I am still working, so I don’t have a lot more time now, but I guess I spend a lot of time eating, drinking, thinking.

Dana:  Organizing everything from thoughts to closets. Creatively, I try to play at least a little every day and just see what comes of it. 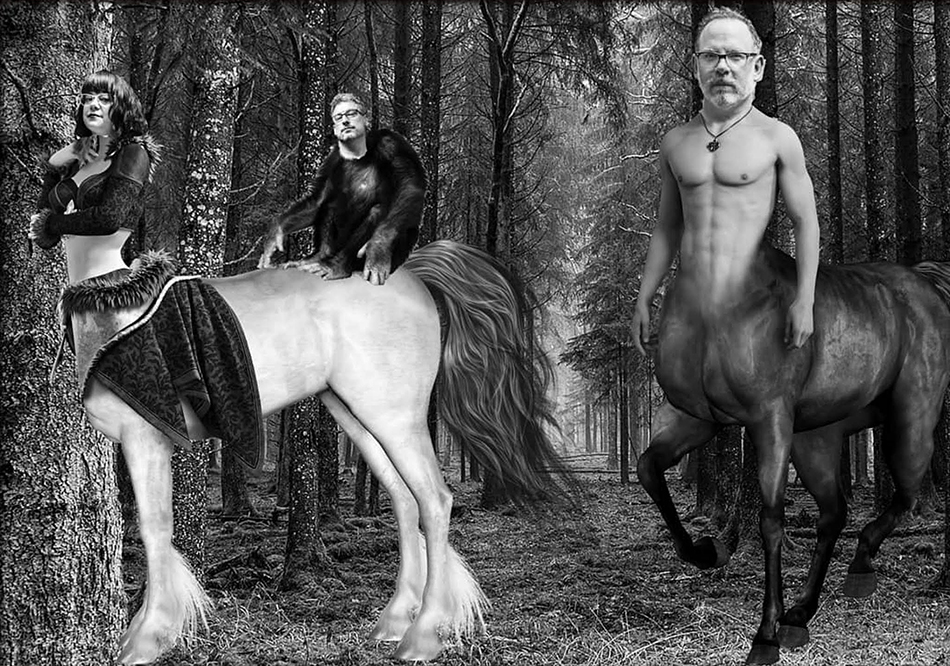 If you could Facetime/Skype anyone in the world for an extended convo right now, who would it be? FaceTime or Skype?

Dana: No FaceTime or Skype, but I’ll happily Zoom with the ladies of the Grrl Gang or my friend Lydia Lunch (for inspiration and Netflix recommendations).

Jeff: I guess it would be FaceTime since I have an iPhone and haven’t ever used Skype. If it’s an extended conversation and they can’t hang up, I’d get whoever it was that came up with those bears for the toilet paper commercials on the phone and ask them what the hell they were thinking. Who does the underwear on the bathroom floor belong to? The bears don’t wear pants, let alone underwear. Are they really showing their asses to each other all of the time to check that they’re clean? And one of them is named “Skids?”

Jeff: My favorite food to eat at home is Italian food, and I can make it. The problem is I’m pretty lazy so I end up making a lot sandwiches.

Dana:  Ideally, I’d like to put together a project of my own, (mostly) on my own.

Pete: Same as before.

Jeff: I was messing around and playing bass with a band that doesn’t have a bass player and was going to actually play at a show, but it was supposed to be a few days before they closed everything so it didn’t happen. Maybe once stuff starts happening again though…

Dana: JJCnV Stays Up Late will be available May 8th on Spotify, etc, so fire it up! We have all kinds of JJCnV merch on Bandcamp, too. But the best way to support us is by supporting and the people and places that make it possible for all of us to do the crazy shit we do. Donate, donate, donate to local venues, etc so when we’re all able to meet again, the people and places we love will still be there.

Jeff: Find out how to support the local venues, either donating or buying gift cards or take-out, or whatever you can do so that when things are safer they’re still around and able to open up again so we have places to play and see live music. Other than that, our stuff online at the usual places.

Pete: Support local businesses that host shows any way possible during the epidemic. Listen to my music on Bandcamp and Spotify.