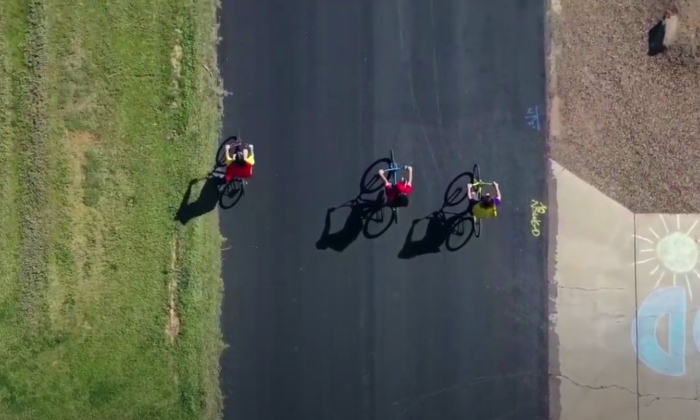 I think most of us are feeling pretty nostalgic for days of yore. For the company of friends and simpler times. And, maybe, videos games other than Animal Crossing. Scattered Melodies channels the spirit of the primordial Nintendo for their new single, “Neighborhood.” This Tempe band formed around a rhythm section back in 2012 which might be what gives Scattered Melodies their funky, fun sound.  The addition of Killa Maus, a Scattered Melodies regular, ups the energy and the antics. The super rad music video, directed by Jake Johnston, features Phoebe the Tortoise, but I don’t want to give too much away here. Just watch the video. It won’t be wasted.