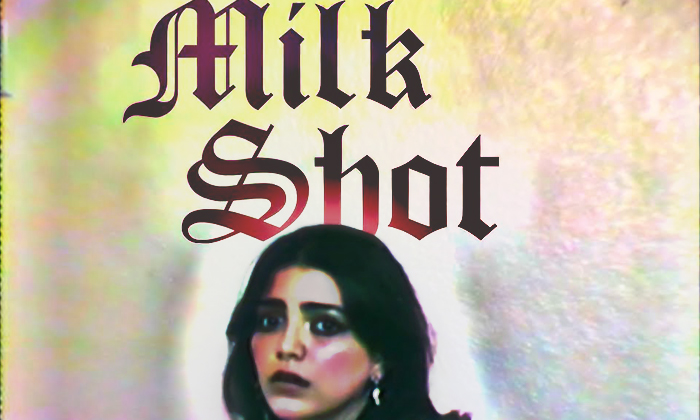 Two weeks before the state of Arizona enacted their social distancing order, I found myself at what I thought was the premiere of a new band. However, it turned out to be a short film showing/house show extravaganza.

Tucked away in the backyard of a modest bungalow situated in the very West Valley, the premiere of Milk Shot spearheaded by director Valence Heartlock proved to be a success in attendance for a house event; the collection of budding artists, friends and fans who lined up around the in-ground pool adjacent to the blow-up movie screen were enthusiastic and attentive. But today isn’t about pre-quarantine shenanigans, no. Instead, we’ll dive into an in-depth conversation about the making of this peculiar, stylistic short film with the director himself. 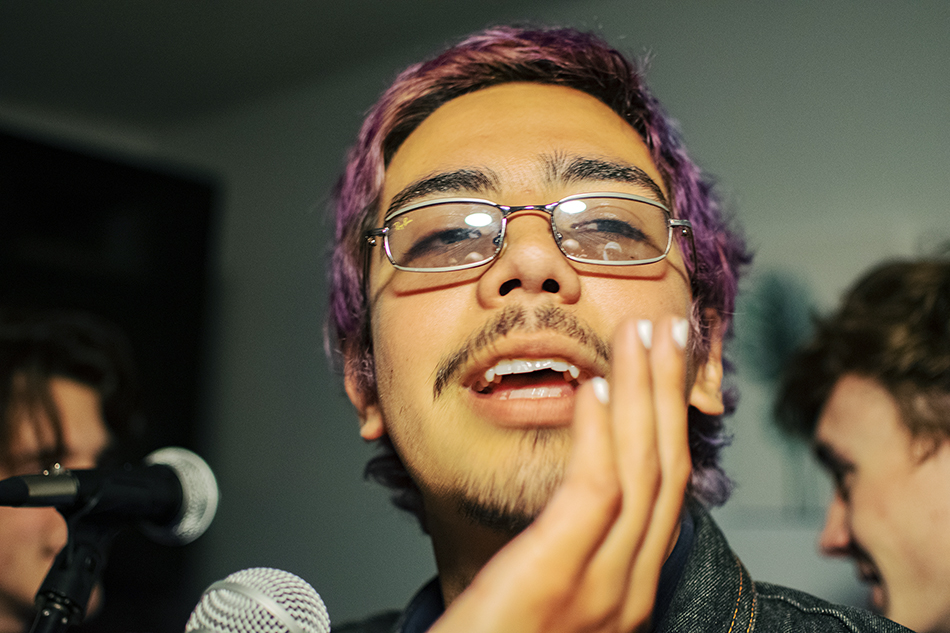 In what local AZ meme page and mysterious entity Sapphic Film Nerd described as “if Gaspar Noé wasn’t a complete douchebag,” Milk Shot is recognizable with its murky, brooding aura lead by silent actions and character interaction more than setting. I agreed with her assessment of it being a reminder of 1970s experimental films.

“Much of the inspiration for the wardrobe and characters were inspired by the Scottish film, Trainspotting,” said Valence Heartlock, Director. “The fashion showcased in Milk Shot was something we wanted to present and glamorize.”

Valence Heartlock described the origins of the film as an assignment given by the cast’s film class, only having 72 hours to complete their final product. “The theme we had to use [was called] ‘a close call,’ and we were required to include a card of some sort, [while also] using the line ‘never do that again,’” says Heartlock. “But of course, with our own dark twist.” 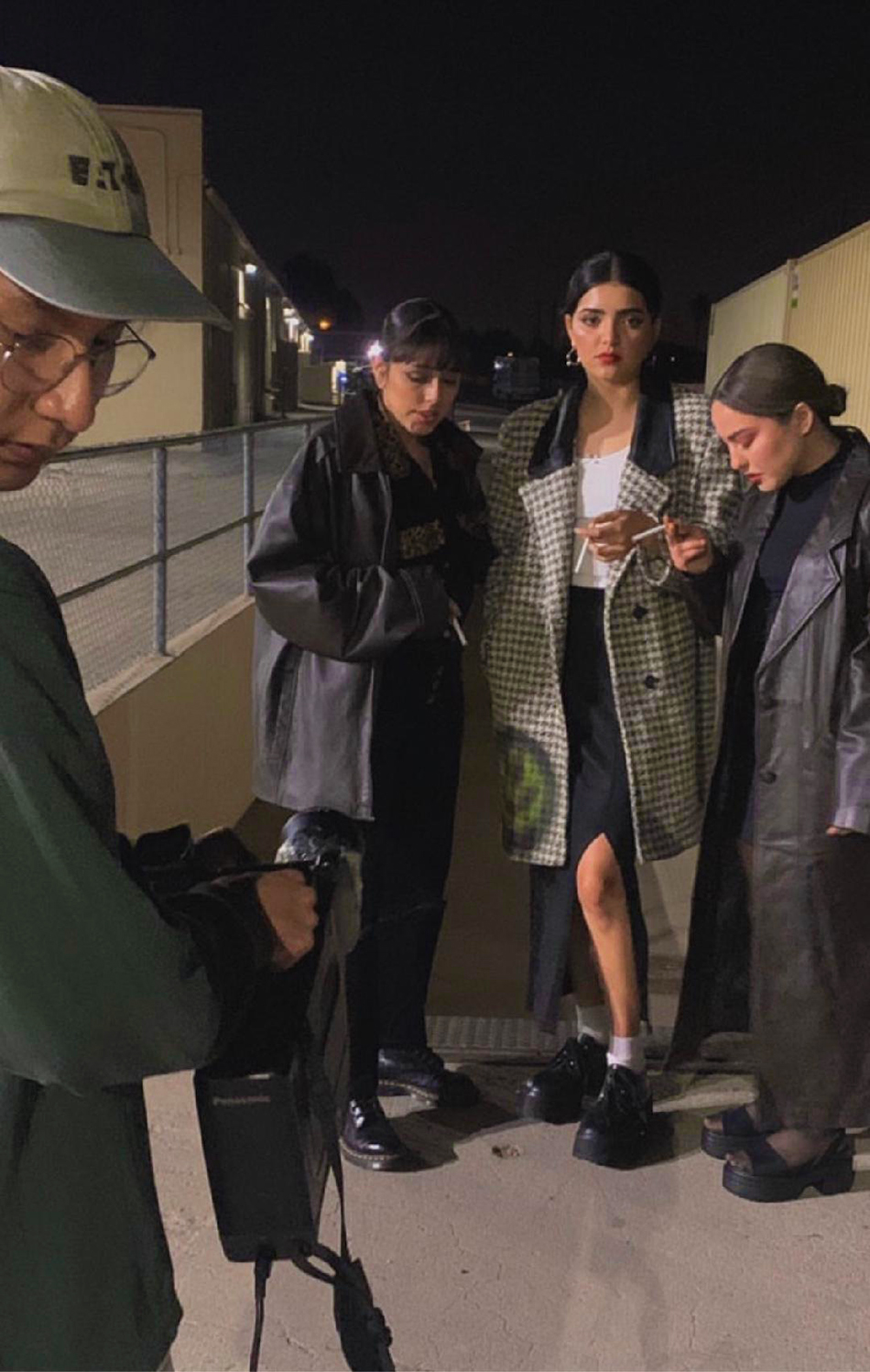 Behind the scenes of Milk Shot

When Valence described the casting process, he says he wanted to work with people who were close to him, citing the importance of reliability and timekeeping, but also people who can work for an entire film day. He says the cast committed the first day to script writing, casting, and wardrobe, while day two was dedicated to filming from 9 AM to 2 AM. Heartlock said day 3 allowed for some last minute shots, fully editing the film before 7 PM.

“Everyone got along great, despite the fact most of them only knew each other online,” said Valence. “It’s always challenging to direct a group of people, especially with the restraints in the film. [It was of utmost importance] we stayed calm and relaxed, [and] making sure to be kind and respectful toward [the cast], directing each one to their certain role.”

Heartlock says the cast filmed at a pace where they ensured each member was comfortable, with enough time in-between takes to gather themselves. In a viewing between myself and my friend, armchair film enthusiast Jason Short mentioned how the eerie soundtrack contributes to the image of “the thoughts swirling around in the actor’s mind after he looks at the photos,” and says the scene alludes to how “very few people understand how or why someone finds pleasure in keeping those photos in the box.” 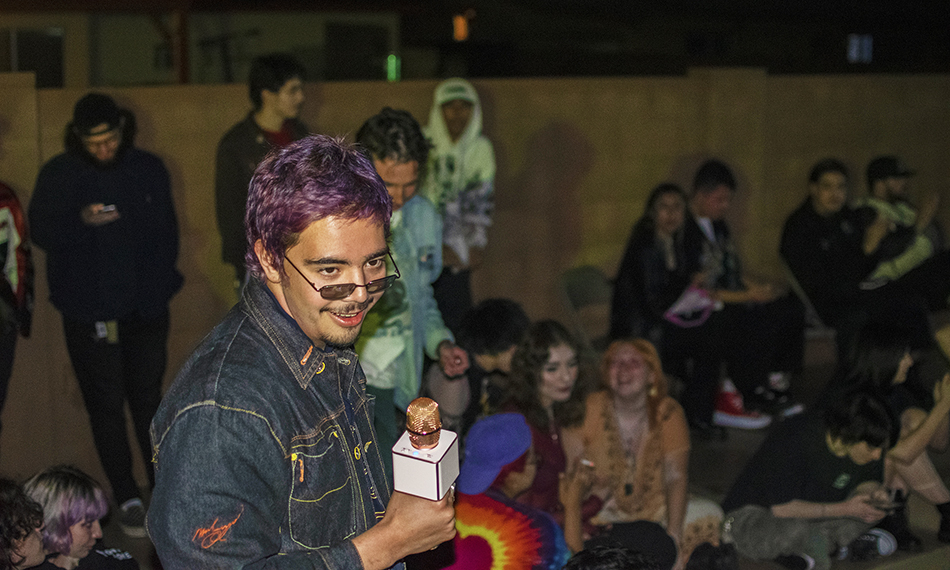 Although half of the plot focuses on the cast trying to find meaning in the metal box they stumbled upon, one key moment Valence mentions is the consumption of pitcher milk in the beginning of the film.

“The film event we entered was for all ages, [and] we wanted to make it clear the milk they were drinking was the ‘drug’ they consumed, instead of showing graphic imagery,” said the Milk Shot director.

Valence says the stress is a big part of what signifies the filmmaking process, but the new experience taught him there is no limit regarding creativity. “I want to continue making more things without limitations, even in the smallest details for my future work.” 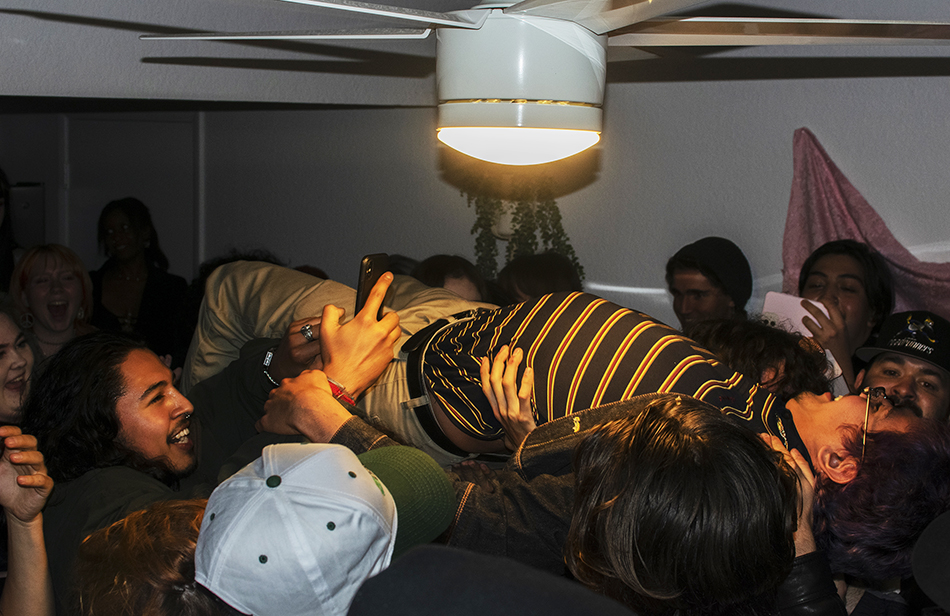 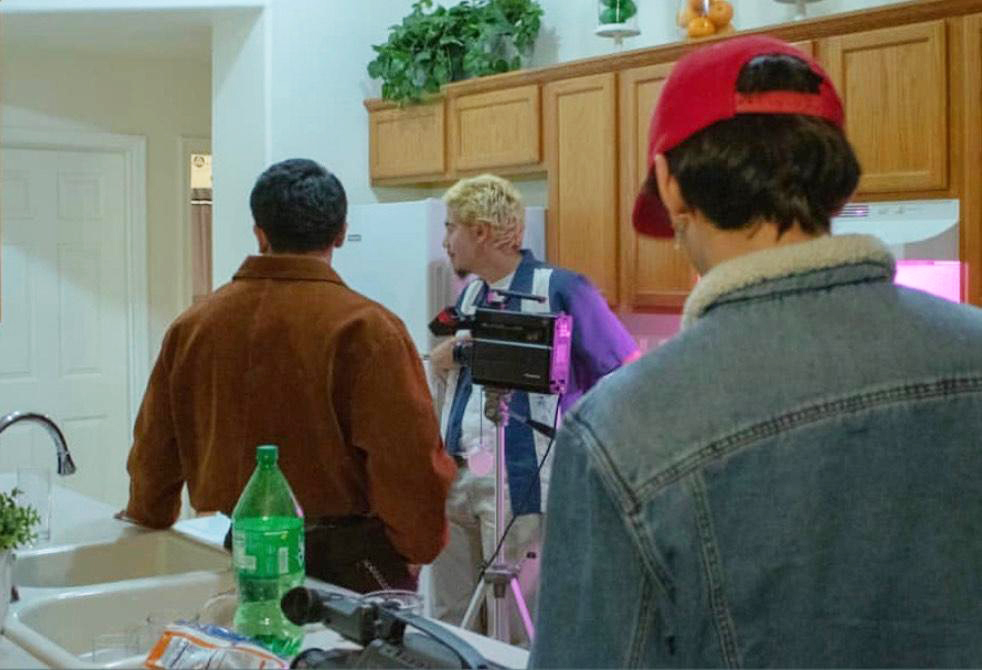 Behind the scenes of Milk Shot