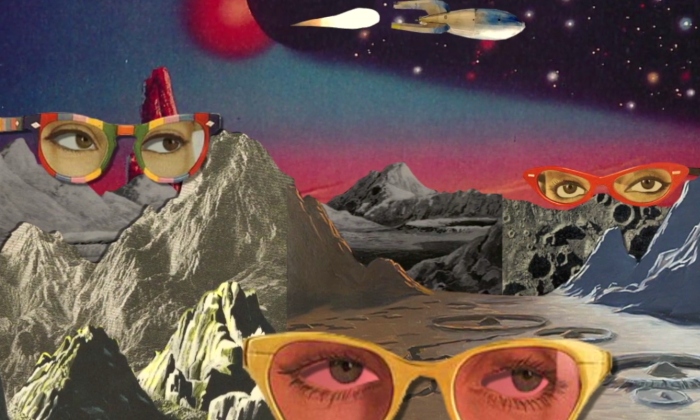 Garrett Kato was born in Canada but the singer-songwriter now calls Australia home. He approaches music-making with a strong visual sense and that can be seen his latest music video. “Moon” has a relaxed vibe that will melt away the weight of your anxieties. So check it out… right here…

This folk ballad from New York songwriter Rosa Tu comes to us from her new album, Drink All The Wine, due out later this summer. “The Swamp” considers loneliness amid companionship while mixing a touch of NOLA into the indie folk sound.  Check out the video for the first single from Drink All The Wine and watch for Rosa Tu’s new album this August from Berlin-based label collective The Famous Gold Watch Records.

Songwriter Joe James Lewis released his new EP, Days on You, which includes this chill single. “Ending the Affair” has a smokey touch of NeoSoul straight from London. The video was directed by the songwriter himself before the lockdown went into effect and outdoors were outlawed. I think it only adds to the reminiscent air of “Ending the Affair.”

Zaac Pick
“Ladder To The Sun”

Canadian songwriter Zaac Pick is gearing up for the release of his sophomore album, Passages, with this new single and music video. “Ladder To The Sun” shows Pick’s introspective lyrical style while the soundscape mixes guitars and synths, folk and pop, for a mellow vibe. The music video captures the nostalgic air of the single.

Sara Kays
“Smaller Than This”

Los Angeles-based up-and-coming songwriter Sara Kays offers listeners this stripped down single to her quickly growing fanbase. Kays’s confessional lyrics on “Smaller Than This” are personally revealing and authentically delivered. And the artist manages to capture that same feel in her music video for the track which she first released on TikTok.

Martin Baltser
“Back Off You”

Dutch electro-folk artist Martin Baltser is preparing to release a triptych of music videos; the first inspired by the Netflix phenomena Stranger Things, but don’t worry that something is going to jump out at you or break your zen as you listen. Think of it as an aesthetic principle, both sonically and visually. Sink into a different world with “Back You” by Martin Baltser.

Paddy Dennehy packs an emotionally powerful punch into his new track, “Feed The Full.” The Irish singer-songwriter delivers a theatrical performance on this number which basically is the reason we overlooked the fact that it’s pretty hard to see much of anything in the music video. So hit play and let “Feed The Full” by Paddy Dennehy move you.