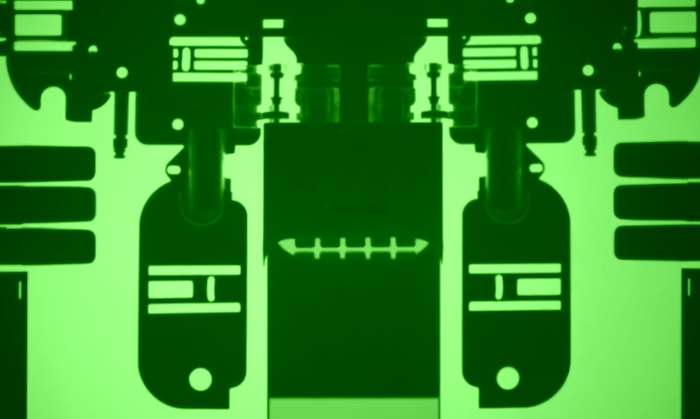 Snailmate
“I Know What You Want”

Some of us are getting a bit more carried away than others when it comes to quarantine cleaning and it looks like Kalen Lander of the synth-punk duo Snailmate is one of them. The Phoenix act usually spends the hellacious summer months on tour so one can only imagine they’re going extra stir crazy right now. This video is all the proof we need.

This band from the San Francisco Bay Area makes post-apocalyptic rock with all the fury the 21st Century can muster. “Togremelas” is the latest single from the Illogistical Resource Dept., a band that seems to present more thinkpieces than confessional songs about breakups. For example, this track is about ergotism which, according to the band, “caused hallucinations, muscle spasms and delusions which initiated the Salem Witch Trials of 1692.” See? Something to think about while you’re listening to “Togremelas” by Illogistical Resource Dept.

Fast Friends
“We Broke The World”

The Los Angeles act known as Fast Friends actually wrote this nihilistic banger back in 2018… you know, when we all thought things were rough and still hoped they would get better. “We Broke The World” is funny in a dark and awkward way… like laughing at a cancer patient when that cancer patient is you. The music video gets extra meta with the “deep fakes” in video montage form. How apropos for an era where science and truth lie hand-in-hand bleeding in a ditch somewhere roadside in the middle of America. Fast Friends are at least here to make the end of the world a little more fun.

Wishful Thinking
“Time To Be Alone”

This band formed in Tasmania (srsly) back in 1998 but took a thirteen year hiatus starting in 2006. Now they’re back – just in time to stay home! Thankfully, the latest single from Wishful Thinking seems to have staying home in mind. “Time To Be Alone” might be more about Me-Time than social isolation, but it does seem rather timely, doesn’t it? Fast-paced pop-punk in the vein of The Ataris or MXPX keeps the break-up atmosphere on this track feisty. Wishful Thinking has more tracks slated for release this year and even a tour on the horizon – whenever such travel plans are within reach – so like/follow to stay apprised of their plans.

Beyond The Suffering
“Lumina”

This hardcore band from Mesa [AZ] unleashes ferocious energy on their debut music video, “Lumina.” Intricate guitars collide with the often heavy, sometimes airy, vocals on this doom metal track for a cathartic purging of all the bad blood coursing through you. Rumor has it that the band might be temporarily short a drummer, but hopefully the matter will be resolved by the time venues reopen so Beyond The Suffering can make a speedy return to stages. Until then, enjoy the music video for “Lumina” &/or head over to Spotify to check out the band’s EP, Conflict.

Something Clever
“Let It Kill Me”

This alt-metal act from Charlotte [NC] incorporates electronic elements to achieve a sound I like to describe as brutal brooding. And, for this track, Something Clever drew inspiration from a quote often attributed to Charles Bukowski: “Find what you love and let it kill you.” While some scholars might disagree on the origin on that quote, I find myself agreeing with Something Clever that you should pursue your dreams with an internal fire that threatens to consume you. Now, whether or not a mental health professional would agree with all of us is another matter entirely….