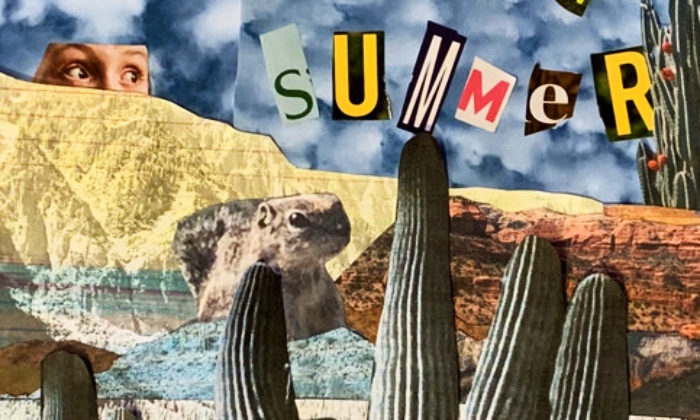 This six-piece band from Glendale [AZ] has a well-selected name, and not just because of their sunny homebase but because of their sun saturated sound. “Next Chapter” comes to us from the band’s debut EP, Under the Weather, which came out on May 1st. The single starts off with a lofi indie sound; a kickback, summertime jangle with some Casio psychedelia thrown into the mix. The guitars pick up a few minutes into the track, but King Summer gives the listener a cool down as the song closes. The release show was postponed due to COVID but we’re grateful to the band for erring of the side of caution It just gives everyone more time to learn all the lyrics so they can sing along at the show, right? Head over to Bandcamp to secure your digital dowload of the EP or look for the band on Spotify.

“Shame is a River”

This is a real two-hanky number. West Virginia-born Rett Madison has an emotional charge of a hurricane and vocal power to deliver that energy to listeners. Madison penned this song after a difficult visit with her mother just a few short months before she lost her to suicide. There’s a lot to unpack here. But just about all of us have a lot to unpack and “Shame is a River” might be just what is needed to jumpstart your next serious cry. Go ahead and get the bad feelings out. It’s good for you. Rett Madison walks that middle space between indie, folk, and Americana that we used to just call “singer-songwriters” before everyone got so term specific. No matter your fancy, you should check out “Shame is a River” by Rett Madison. Here or on Spotify.

“The One You Call Your Love”

Phoenix songwriter Janelle Loes gives the anguish of love a little bounce on duet with Kevin Steinman. This sweetheart single has a vintage charm that was inspired by 1960s pop and this charm goes deeper than mere sparkle on the surface into the instrumentation. “The One You Call Your Love” comes to us from Janelle Loes’ sophomore album, Stranger, which is set for release later this year. Her debut album came out when the artist was only 17 years old and she’s come a long way since then if this jazzy arrangement is any indication of what’s lurking on Stranger. This track is mature but still fun and beautifully executed.

“Housing Is A Human Right”

This pandemic is effecting a lot of people in a lot of ways and YUS wrote a new song to “shine a light” on the current tenant crisis the nation is facing. The music of YUS is often very future-facing in its aesthetic, but this track has an early indie sound and is more in the vein of protest singers of folk days yore. The message, however, speaks very much in the NOW and for the future. YUS created this song to voice his support of the rent strike and encourage impacted individuals to connect with others in their community through the local tenants union in their area. “Housing Is A Human Right” is a message and song – both worth hearing.

This indie band from Glendale released their 9-track s/t debut back in February and this single comes to us from that album. “You Don’t Love Me” starts of with some slouchy guitar but the energy picks up just as the verse kicks in for some lofi indie rock that sounds straight out of the garage. The energy dips back into a gentle lull for brief interlude for Beach Bummer closes out “You Don’t Love Me.” This track gives the listener a sample of some of the range you might get from the bedroom indie pop on this album. These youngsters show a lot of promise so make sure you follw/like to stay up to date on all things Beach Bummer. Maybe even head over to Bandcamp and buy and score a digi-download of the debut.