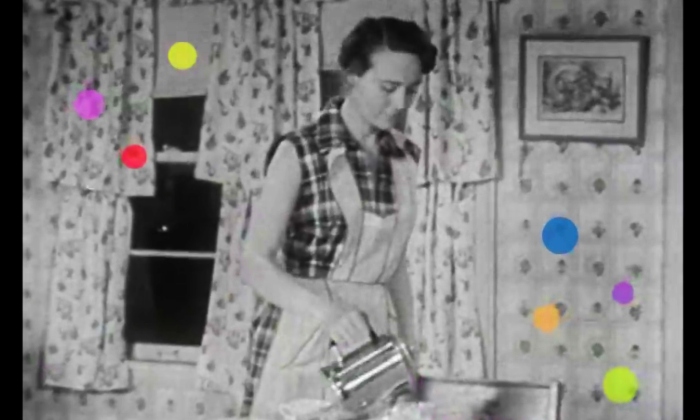 This new single from London’s Jelly Cleaver will have you feeling like you’re bouncing along on puffy white clouds in a perfectly blue sky. Mixing jazz and indie pop, multi-instrumentalist Jelly Cleaver has earned attention for her eclectic sonic style which can be heard on “Feeling Fine.”  The track was released as part of a collaborative effort between Nice Swan Records and RIP Records. Featuring the rhyming talents of Shunaji, “Feeling Fine” has just the right amount of airy and funky for a spirit-lifting song that will fit with any summer playlist for days spent in the sun. Make sure you take it for a spin.

I want you to keep something in mind as you listen to “Strawberry Fanta.” Josh Fudge is a 17 year-old musician finishing up his senior year in Oklahoma City. He wrote the song and provided all the instrumentation on this track. Now, if that doesn’t make you start questioning what you’ve been doing with your life, I don’t know what will. The track embodies that feeling of a lackadaisical summer day slipping away when nothing needs doing. Sweet and effervescent as a strawberry soda pop. This track marks the third single from this upstart youngster so make sure to follow him on Spotify/Instagram. I have the feeling he’ll be making a lot more music in the years to come. At least, one dares to hope…

This slow and smoky jazz number is the perfectly zen addition to a quiet evening at home… drinking bourbon… and maybe reading detective novels… “Blue Dream” approaches the listener as if out of a dream. Subtle in its approach, unimposing, until you find yourself immersed in the experience and wondering exactly how you got there. This is a bit of a turn for Juniper Ridge, better known for their indie pop/rock, but “Blue Dream” was a live show jam that I’m glad made it to recorded format. It allows the ecletic mix of players that unite for Juniper Ridge to show off some of their musical chops and it provides fans with a chance to chill with the band, like you might at a rehearsal or a casual, late night, coffee shop gig.

I find Lauran Hibberd’s IDGAF attitude quite charming. Maybe because it reminds me of… myself. Srsly tho, Hibberd made our list of summer jams last year with her song “Hoochie” and now she’s back with a new single, “Old Nudes.” On this new track, Hibberd offers more of her signature style – fun, fuzzy, indie pop.  But she’s not a one trick pony. Hibberd can deliver more than grungy summer jangles, she just knows how to write a catchy song with the right amount of bounce and bite to make it stick to your brain. Check out the video (lyrics included) below.

Lookman Salami, aka L.A. Salami, is gearing up for the release of his new album, The Cause of Doubt & a Reason to Have Faith’, this coming July and “Things Ain’t Changed” comes to us from that impending release. For such a downtrodden sentiment, L.A. Salami sure presents this song with a jovial feel. Indie pop and garage rock get steamy together on summer asphalt for “Things Ain’t Changed” as rousing keys and nuanced vocals raise your dejected spirit. L.A. Salami invites you to lament the unchanged state of the world but without all that woe. At least, this time. “Things Ain’t Changed” will serve as a good reminder that there’s work to be done – politically, socially, economically – without disrupting the upbeat vibes of your summertime listening. Bonus. Check out the single and then head to Bandcamp to lockdown your pre-order of The Cause of Doubt & a Reason to Have Faith’ on vinyl while you still can.