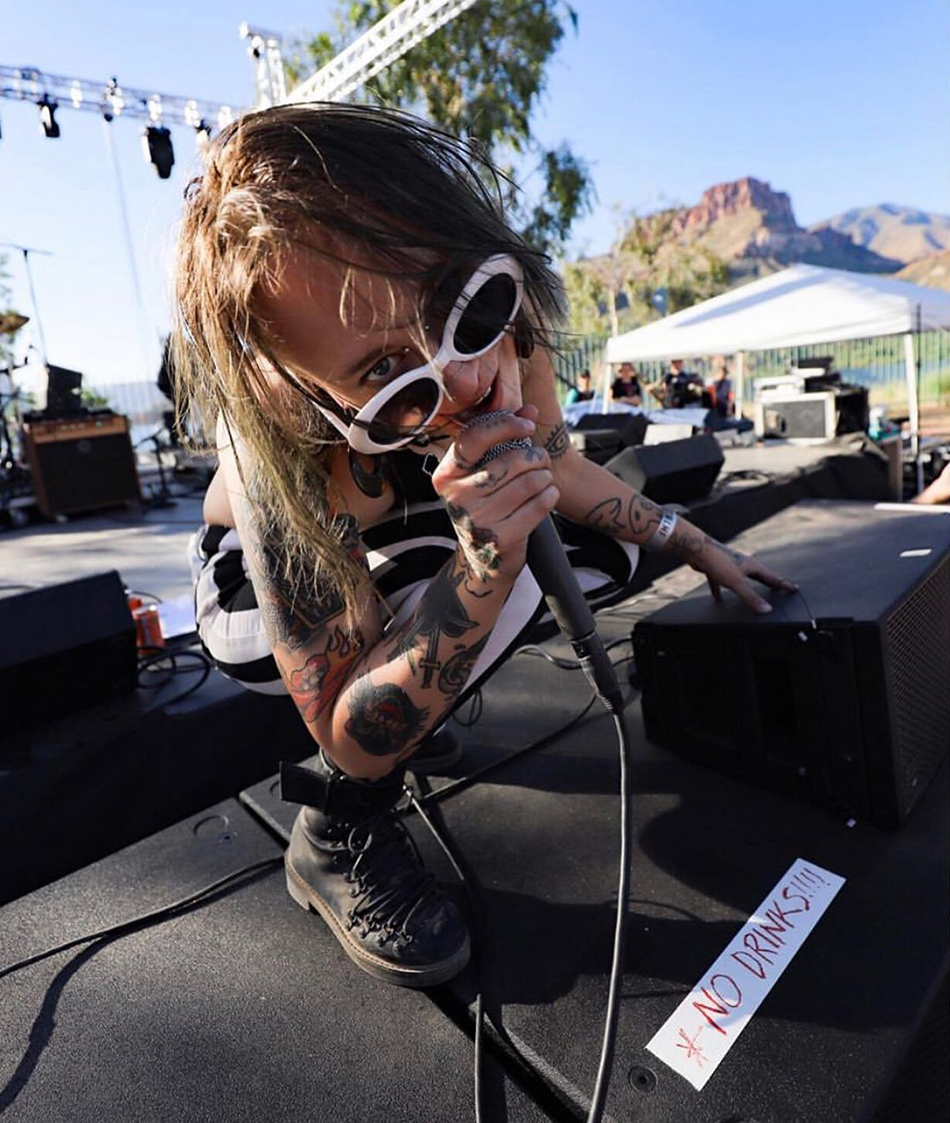 I mediocrely play guitar and I have a weird, natural ability to play the ocarina.

I am 29 and I started singing when I was 12. You do the math. No, please, can you do the math? I’m really bad at math. I was a figure skater (ALLTEL ICE DEN WOO WOO!), then did theatre-on-ice, realized I could act and NOT be cold.

Auditioned for my first musical, Bye Bye Birdie at Desert Stages when I was 12. Started my first band, Born Loser and the Hangers on – I know, I know – with my then-girlfriend. We broke up in 2011. Started Fairy Bones at the end of 2012.

Psyko Steve asked us to hop on a sold-out show at Crescent Ballroom with Highly Suspect in 2016. After the gig, we were chatting outside with their tour manager. They liked us, and I told them we would “drop everything and go on tour” if they asked. They asked the next day, and we did.

Haim, Pixies, Radiohead, and Ariana Grande. In my bathroom. Shower has good acoustics.

Sydney Payne – AKA Sydney Sprague, but I want to force her to use Payne because that’s her REAL MIDDLE NAME – sent me some of her new songs and they’re GREAT. I’ve also been jamming to Doja Cat, KFlay, and Childish Gambino.

I just started The Morning Show on Apple TV. About to finish DEVS on Hulu which is INSANE if you want a slow-burn, sci-fi with Ron Swanson in it. And if I’m in doubt, I’ll watch The Office, duh.

Matt, who is now playing guitar in Fairy Bones, and I have been churning out some wildly named demos. They’re a bit of a departure from 0% Fun, and I’m REALLY excited to share with everyone. One of the dumb titles is “my sexual orientation is Timothée Chalamet.”

I’d love to Facetime the President and ask what the fuck.

No new musical projects, just reinventing the one we got.

We just released a lot of new merch designs over at FairyBones.com. Follow us on social media. You can buy or stream our music on iTunes, Amazon, Apple Music, and Spotify, and you can buy our album at all Zia Records locations (or order it online right now, I guess!). 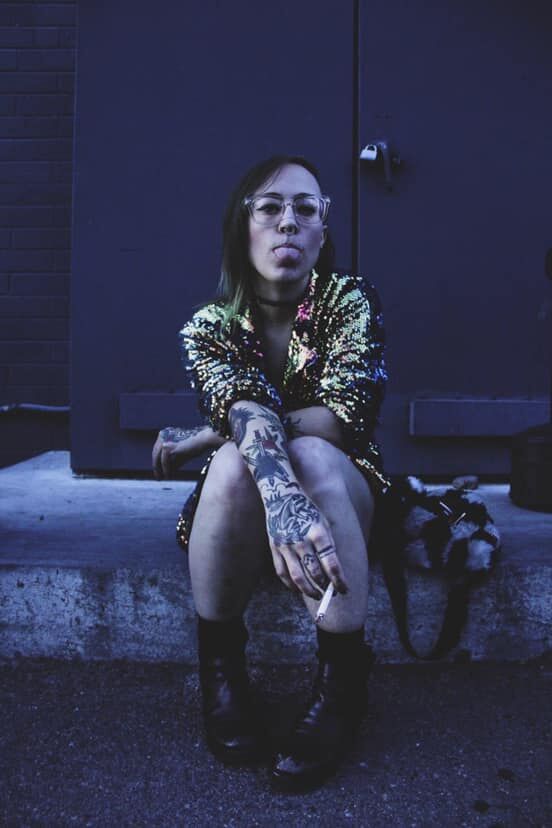