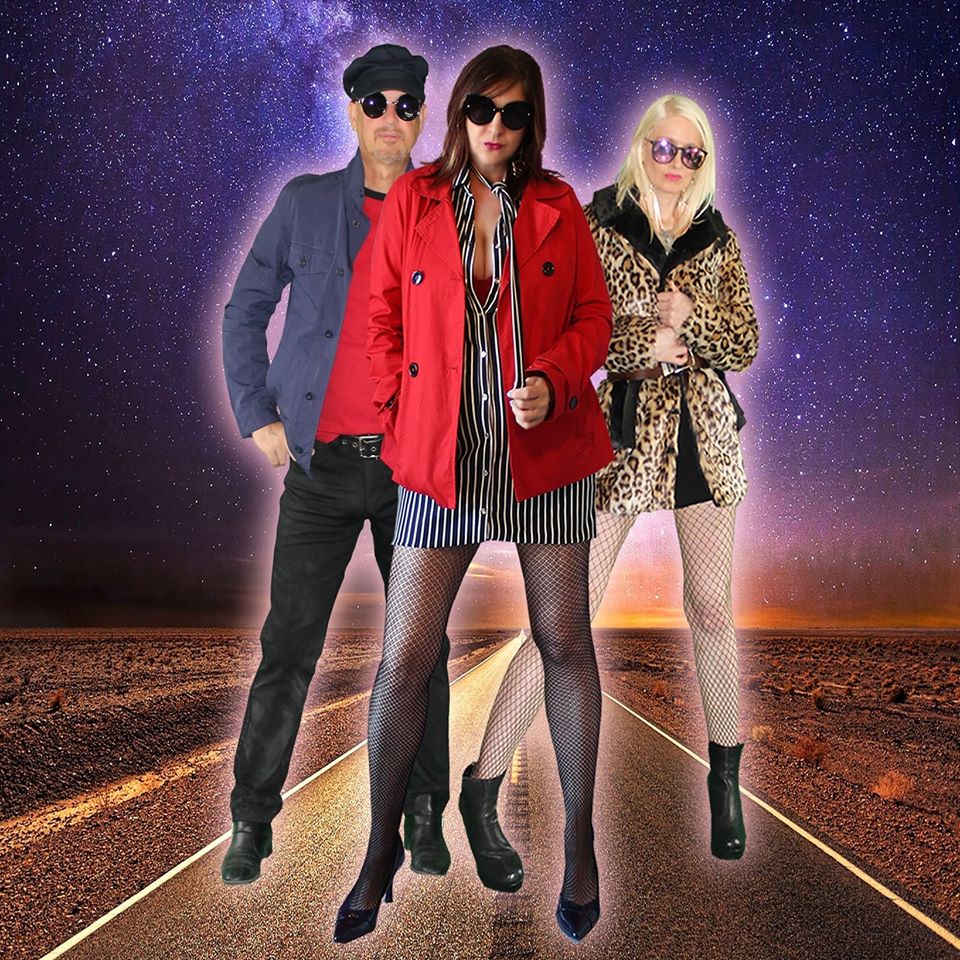 Currently she plays bass in 3 bands: The Bookends, Labor Party, and Battered Suitcases — the latter of which has just released their new album, Wild Dogs.

While she may help write the songs in both The Bookends and Labor Party, Battered Suitcases is Sharon’s musical brain-child, serving both as principal songwriter and “Master Mind.” Fusing punk and poetry into a modern-retro/rocknroll sound, its certainly a fresh combination of ideas while clearly having roots in the garage, punk, glam, and even the beat poetry of a bygone era.

Wild Dogs is Battered Suitcases’ best album yet. While their first LP Oblivion is a solid record, Battered Suitcases have cranked the swagger to the max on their latest release. The amps are blasting, the drums are smashing, and the vocals snarl. Track highlights for me include the rollicking opener “Vain Glorious”, the bouncy punk pop of “Pinball”, and their riff-heavy version of Bob Dylan’s “Highway 61 Revisited”.

I wanted to find out more about Sharon and Battered Suitcases so I contacted her with some questions and she was kind enough to take the time to answer ’em. Read the full Q+A below and make sure you check out Wild Dogs out now on Rock Hand Records.

Where did you grow up and when did you move to Arizona? Or maybe you were born here?

I grew up in north eastern Pennsylvania, Wilkes-Barre, to be exact. Moved to Phoenix in 1988.

Have you always been in bands? Are there other groups of yours that we can check out anywhere?

I’ve been in bands or making music in some way most of my life. Currently, I have my long time Phoenix based band, Labor Party and a new-ish long distant studio project with my cousin, Karen Lynn, we call, The Bookends. Both vastly different from one another. The first, a down and dirty proto-punk n roll style band and the latter, a 60’s flavored girl-pop duet. In the past I’ve been in countless bands and projects and have no plans on stopping anytime soon!

How did Battered Suitcases come together? When was this?

I had this band in my head forever but never the time to get to it. But, life sometimes clobbers you with incredibly harsh events and blasts you into realizing that life is seriously short and very fragile and there really is no time to procrastinate. Especially when it comes to the things you love and have great passion for.

That happened to me in 2012 and right then I decided to pull this band together despite crushing time restraints and the hopeless lack of energy that you only feel when consumed by intense grief. In a lot of ways, that knowing or realization that it could all be gone tomorrow (hokey as that sounds) inspired me to finally do it, it pulled me through the worst times and got me living again.

I knew I wanted Jess in the band, we go way back and she’s just incredible, a great drummer with solid vocals and just as cool and sweet as they come. Frank and I of course have been making music ever since we met way back in our Pennsylvania days so that was a given, honestly one of the most talented and inventive guitarists I’ve ever known personally or otherwise. I’m lucky to have Jess and Frank, the three of us together are really unified as one entity here. It’s magic!

While MC5, David Bowie, and Patti Smith might be more well-known influences, who are some of the bands/artists/poets that we might not know about who have influenced you and the band?

I’m a huge fan of the early Moody Blues, a great marriage of music and poetry and always a beautiful message and I love Paul Simon, one of the best song-smiths to ever be, a true master. And I love King Crimson. Of course there’s no doubt that Leonard Cohen, Jim Carroll, Townes Van Zandt, Roger McGuinn, Neil Young, Jack White, etc. all huge influences on me. I love Grand Master Flash and The Furious Five, can’t beat that stuff. Then there’s Hank Willliams Sr., Willie Nelson, and Bebop jazz… I could go on and on but, these are some that come to mind at the moment. I love the beat poets and e.e cummings. Writers like Isabelle Eberhardt. Oblivion Seekers is one of my favorite books. This could easily get outta hand so I’ll stop. 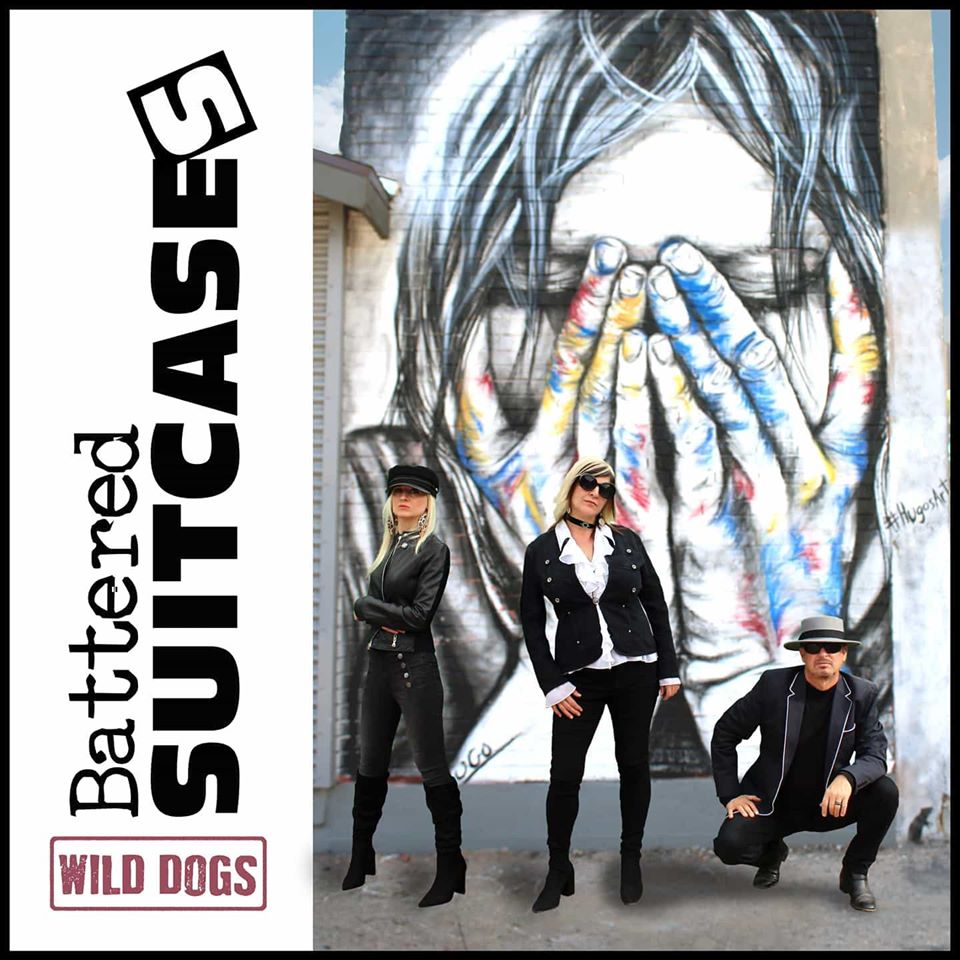 Wild Dogs sounds great! Where did you record it and who recorded it?

Thank you! This album was recorded by Frank Labor, our guitarist in our studio Beat Bum Studios. We’ve been putting out lots of our own and many other great bands for decades now.

Please tell me some about Rock Hand Records who have released the beautiful, white vinyl version of Wild Dogs. How did you hook up with these cats?

Rock Hand Records are the coolest cats around! They understand and respect their artist on the deepest of levels. They let us create the record we envisioned from the music to the artwork. It’s no doubt they are in this for the true art, to put honest music out into the world, they understand their artist and they (in my experience with more than a few labels over the years) are what all labels should aspire to be. We’re very grateful to be with them. I found them online and loved what I read about who they were so I asked if I could send a demo and here we are with this gorgeous record!

In your view, what does it mean to be an artist?

To me an artist is not unlike anyone else, we all got something we want to say or express. I think the difference or what makes you an artist lies in the strong and dedicated attraction to a medium like music, poetry, or art, to get it across.

What’s upcoming for Battered Suitcases? Will there be a Wild Dogs release show? I know public events are kind of up in the air right now so maybe more music videos?

We definitely plan on doing a bonafide record release show once this evil virus is under control and yes, we’re in the planning stages of a new music video that should surface shortly!