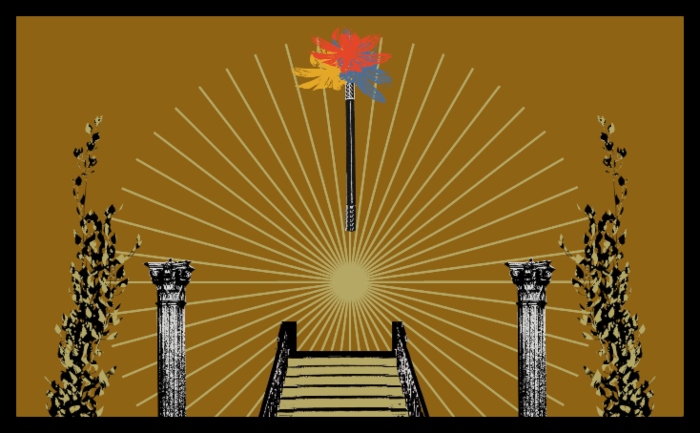 Promise To Myself performed at NAMM this year before we all got Bubble Boy’d. But, don’t get too worked up if you couldn’t make the L.A. event this year and are now teetering on the edge of existential panic because you are uncertain when live music in crowded spaces will actually be returned to your life, because the PHX band has this pop punk anthem to help you beat up your internal anxieties. I doubt the band expected “I’ll Be Fine” to feel quite as powerful with its messaging when they released the track back in February, but a lot has changed in the world since then. March brought the realities of a worldwide pandemic and we all need to treat this song as a mantra. Even when the lyrics admit that maybe things will not be “fine,” the music maintains its power and upbeat charge forward to end, once again, on an emphatic “I’ll Be Fine.” Put this in your shuffle. Or on repeat. Let it get stuck in your head.

This single comes from the slow, sludgy shoegaze side of rock. Don’t enter into “Love Runner” expecting your pulse to pick up. Quite the opposite is happening here. The Holy Knives offer more of a heroin rock experience than any other drugged out benders you’ll find on this list, but I love the molasses-moving alt-rock of “Love Runner.” I can imagine hearing this track in a David Lynch film. The Holy Knives presents the “western dream rock” of the Valentine brothers, Kyle and Kody, from San Antonio so you Phoenix cats wanna make sure you give “Love Runner” a listen. It’s right up our alley.

This Chicago three-piece blurs the link between punk rock and indie rock, but borders only create false binaries anyway, right? Whatever the case may be, Feed The Monkeys brings high energy antics to their single “Shell City” which seems to be less a song about a city made of shells (alas) and more about heartbreak (the eternal theme). Feed The Monkeys creates a buoyant (and rowdy) rocknroll sound that reminds me of summertime… which is just the sort of restorative treatment I need right now to get my attitude together for some fun in the sun this year. Turn the volume up and get down with Feed The Monkeys.

This single comes to us from famed rockers Local H as they rev up for the release of their new album, LIFERS, on April 10th through AntiFragile Music. “Hold That Thought” proves the they haven’t lost the prowess that helped define the 90s alt-rock sound. This track has grit and growl but with an added touch of pop just to keep the music bouncy. If “Hold That Thought” is any indication of what’s to come from LIFERS, I expect very good things from this album. Like/Follow Local H to stay apprised on the new release…

A Eulogy For Society

A Eulogy For Society brings us something a bit more somber, and a bit more hard rocking, with “In the Morning.” This Baltimore-based band describes their sound as “straight forward rock” but there are some progressive permutations and powerful vocals that add a little something extra for all you alt-rock fans out there. AEFS was in the studio earlier this year recording a new album and “In the Morning” is just the first single fans get to hear from that endeavor so expect some more music from the band this year. Check out “In the Morning”  by A Eulogy For Society below and then do the like/follow thing to stay apprised of more releases.