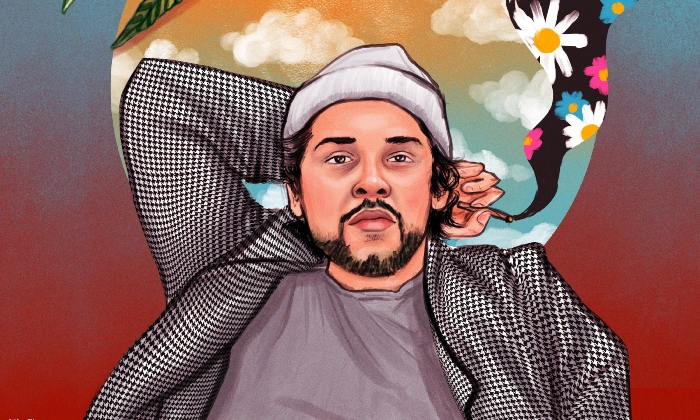 Phoenix’s Teek Hall dropped his latest EP last month with ten new tracks for you old school hip hop fans. Murals arrives with 10 tracks of steady beats, serious rhymes, and lyrics that offer straight talk about life on the hustle. It’s actually hard to play favorites on Murals when deciding which track to feature. I mean, there’s the banger, “Arch Rivals,” which features the talents of R.E.D and Kollateral, but I also really enjoyed the album’s conclusion with “Made It Out.” Ugh, I also really like “Dreams.” It’s too much to choose, but I have to. That being said, the modern-noir storytelling of “Bad Decisions” against that Teek Hall sound offers a solid introduction to Murals. My suggestion, of course, is to dive into the album, starting at the top and swimming to the end, but you can start with “Bad Decisions” below… I guess. Make sure to toss out some support to Teek Hall over on Bandcamp so he can keep up that steady supply of tracks for his PHX fans.

One can only hope that this pandemic serves to catapult humans toward an understanding that we function as a singular system and that system is NOT best served by capitalism. Fingers crossed there. Lil Guillotine and MC Sole come together on “No Thanks” to combat the center-left rhetoric that reinforces capitalism while promoting more grassroots efforts aimed actionable change in local communities. BUT “No Thanks” is also a stellar jam with a smooth beat so don’t expect to get browbeaten from a soapbox when you hit play. There’s an easy groove as the ideas are elucidated. I’m a way back fan of the experimental/anarchist hip hop of Sole (heeeyy) but “No Thanks” introduced me to Lil Guillotine, an artist of musical and political merit that I definitely plan to delve further into. Check out “No Thanks” by Lil Guillotine + MC Sole below and make sure you like/follow/subscribe to keep apprised of new projects from these artists, both personal and political.

The AZ underground Hip Hop crew known as An Illustrated Mess re-released their December 2019 album, Last Night, and All Of Our Glorious Mishaps, through the Flagstaff label, Fang Over Fist Records, this March. “Native Drunk” checks all the boxes of An Illustrated Mess classic: (1) strongly crafted, unpretentious instrumentals (2) emotive vocal delivery (3) a barely contained desperation and a desolation that refuses to stay quiet any longer. The digital deluxe version of Last Night, and All Of Our Glorious Mishaps now offered online through Bandcamp features eight original tracks and their instrumental versions. And there are some serious jewels on this collection so don’t miss out on the complete LP from An Illustrated Mess out through Fang Over Fist Records now.

This L.A. emcee has a West Coast vibe to his lyrical delivery that will have you mellowing out as you listen. Josh Dominguez uses “Air It Out” as a point of lyrical reflection on his early life while the instrumentation provides a chill companion to the storytelling. Fusing together Jazz elements with Neo-Soul and Hip Hop, “Air It Out” provides a smooth, but carefully cultivated, listening experience. This single is just the first from Dominguez’s forthcoming album, MIJO, so keep watch for that new release. You can start by sampling the single right here, right now!

This SoCal collective of independent artists just released their debut single, “Credit,” and it’s quite the promising start for the cohorts of Planet Love. And, it’s an auspicious start as well. “Credit” is about taking credit for the drive and abilities of the artists that make Planet Love possible. As they are plotting the course, they are celebrating the victory they know they’ll have the tenacity to chase down… with their very first single. Now, that’s ambition and I like it. “Credit” also has a kickback energy as it turbocharges your drive to achieve your artistic goals. Planet Love combines the talents of Bernard Kyng, Andre Hando, CUI Jones, Zane Taylor, and Brittainee B. “Credit” is just their first official jam so make sure you start following along now to keep up on all future jams.