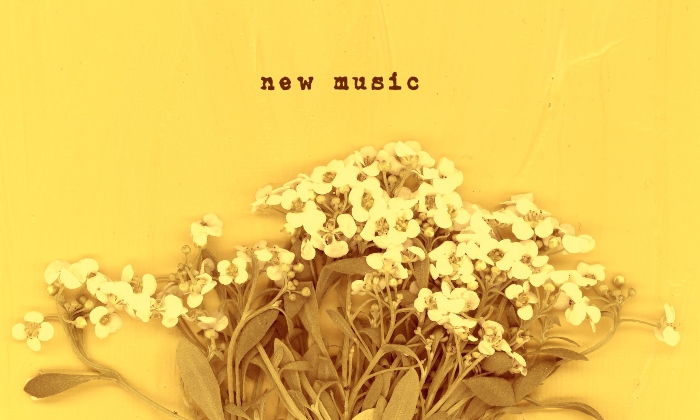 Damn The Weather is quickly becoming one of our favorite acts in town over the past year as they’ve been releasing a pretty steady stream of new singles. Each track shows not only the band’s versatility, but their precision as performers. And their sound is an ambient-orchestral alt-rock that includes a violin. A violin! The band sounds polished and ready for audiences with wristbands… ones that don’t request “Freebird,” ironically or otherwise. “Frightened Rabbit” is the latest single from the Phoenix five-piece. In it, songwriter Shane Hunt shows his love of the narrative once again and Damn The Weather delivers the orchestration with the emotional charge you want to hear from the story. Take the song for a spin and then make sure you check out some of the other singles available through Bandcamp from Damn The Weather. Maybe throw some support their way while you’re at it.

“Play Something I Know”

June Swoon is back with a more sun-bleached garage pop just in time for summer. And I can definitely see “Play Something I Know” getting a lot of air time on my playlists this coming season. The track is fun and feisty even though there’s a serious message tucked into the seemingly glib lyrics. June Swoon started working on the song when Trump got elected and finished it during our current pandemic… which doesn’t exactly sound like fun. But between the crunchy guitars and sassy vocal delivery. both provided by Ms. Swoon herself, the energy on the song is uplifting and will have you singing along or (potentially) ready to scream at the top of your lungs so go in prepared. Definitely take “Play Something I Know” by June Swoon for a spin and check out some of the LA-based songwriter’s other music on Bandcamp or Spotify. It’s the season for June Swoon.

This song is for everyone who’s ever been “Called Out” by a friend for some bullshit reason. You know, you think you’re friends with someone, that they “get” you, and then all of a sudden, there they are, calling you out from left field. And the best part? The apologies that follow as if it wasn’t more of a self-revelation than an accusation. Well, what took me a solid chunk of my 30s to work out, it looks like The Maybe Next Years have nailed down in no time flat. I don’t want to think about what that means for my emotional maturity so we’re going to skip right past that. The Maybe Next Years have been shaping out their punk rock sound for a couple of years now and they just keep getting better. The Tempe trio combines Sage Donaldson’s mighty vocals with the power punk instrumentation provided by Ian Powers (Bass), Davey Phx (drums), and Sage (again.. on guitar, this time). Even if you’re not fist-shaking mad at a friendship gone south, you can enjoy the fiery sound of “Called Out” by The Maybe Next Years here or on Bandcamp.

And, in a somewhat different vein, we have the band known as Trying from Columbus, OH. Now, some of you desert rats might not be aware, but Ohio has produced some pretty stellar musical acts from The Black Keys to The Breeders. Trying has a bit more of a buoyant sound than either of these two aforementioned bands, which you can hear on their new single, “This Is Not a Disco Pt. 2.” Originally released as part of a compilation, “This Is Not a Disco Pt. 2” gets a reprisal on the band’s new album. Bubbly indie folk provides the framework for the genuine expression of feelings in the lyrics. Fans of The Mountain Goats and Belle & Sebastian need to see what Trying is all about. Lend your ear to “This Is Not a Disco Pt. 2” here or over on Bandcamp.

We all know the type. That one friend (or husband, ahem) who needs to hang on to absolutely everything. Every movie stub or concert ticket, every memento, every thing.  Well, apparently, that guy is also behind The Walnuts. “Sentimental Man” explores the overly romanticized nature of hoarders and the comfort zone clutter provides. The Walnuts has a quirky indie folk sound, but this single plays it pretty straight by comparison to some other tracks from this artist. If you want to know what exactly I’m talking about, just stick around for the B-side to “Sentimental Man.” The second track, “My Body,” is a little more minimal and leans more to the experimental side of the weird folk side of the indie spectrum. Check out “Sentimental Man” and stick around for “My Body” by the Walnuts over on Bandcamp.