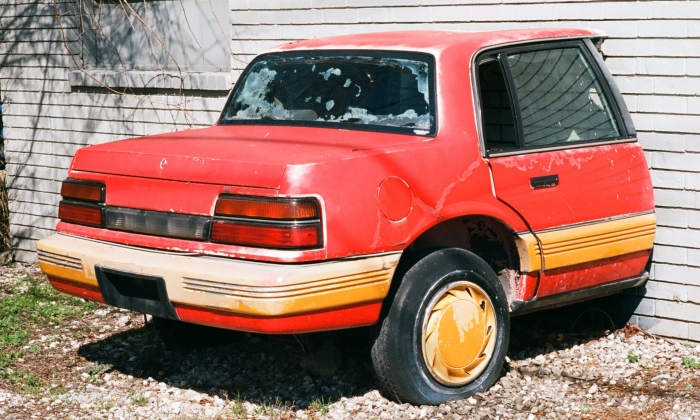 A year after The Resonars released their 2019 album, No Exit, this new LP pop’s up on our radar. Their latest release, 2020 Blindside, offers fans twelve new jangly tunes in the band’s vintage style to make that springtime sun shine just a little brighter. “Brown, Baby” kicks off the album with a heavy emphasis on the pop element of The Resonars’s psychedelic garage pop sound. Then, on “Primitive’s Screen,” the second track, the guitar gets a little more bluesy while vocals move in acidic swerves.  Moving further into the album, the vocal harmonies really come to fruition for me on “Even If I Could” and “My Fog.” This collection feels like a fan letter to a not-quite-forgotten era, perhaps even more so than earlier releases from the band, and that feels quite present-tense to me. “Primitive’s Screen” and “Don’t Disappear” are early favorites of mine. The former for its blues-garage-psych sound and the latter for its uplifting Beatles-esque bounce, but I bet “Let’s Bring It Home” would land as my live performance favorite. Each song is a special moment in a longer continuum of musical moments so my suggestion is to take in 2020 Blindside from start to finish.

The Tucson alt-country collective headed up by Bobby Carlson released a four-track EP earlier this month. Baby Prison offers listeners a healthy, hearty dose of quirky lofi desert rock in those four tracks, from the opening title track to the extended closer, “A Way It Goes.” To kick of Baby Prison, the title song bounds in cheerfully, with all the good spirits one might expect to hear from someone about to pick up their true love from prison after an extended stay. “Broken Hearted Wine” sounds as downtrodden as the title suggests and Bobby’s got just the right voice to deliver the heartbroke-but-not-broken lyrics. The keys on “Why Baby Why” lend the song a retro rocknroll vibe, but the overarching sound has a quality like it’s drifting toward you through heatwaves from an old transistor radio balanced on the front steps. Finally, we have the somber acceptance of “A Way It Goes” which approaches the listener gently with ‘Queen Sheen’ joining Lil Bobby Carlson on the vocals.

“Parties & Vices” introduces the album with some heavy angst before “Arizona” rolls in to establish that the despondent air might just hover throughout Close Enough. Dirt Friends isn’t about idyllic states. As they state on that second track, “If this isn’t love, well, it’s close enough.” Basically, settling is your only option so take it and move along. Maybe you can make some good music on your path to death, right? Right. The instrumental end of Close Enough starts out with a pretty chill indie rock vibe but that alt-rock energy gains rise with “Fake” before “Dream Queen” takes a turn straight for the garage to get a little grungy. Next up, “Good Forgetter” takes the listener for a listless daydream wander before Dirt Friends shifts back toward lovelorn, but not quite desperate, with “Role Model.” The quest for love continues on “Bar Crossed Lovers,” but when does it ever really end? Certain songs, like “Fishbowl” and “Too Dumb,” bring to mind late 90s Modest Mouse, but a little more raw. Basically, if you like your alt-rock mellow and tinged with gutter grime of the brokenhearted (and who doesn’t), Close Enough by Dirt Friends is for you.