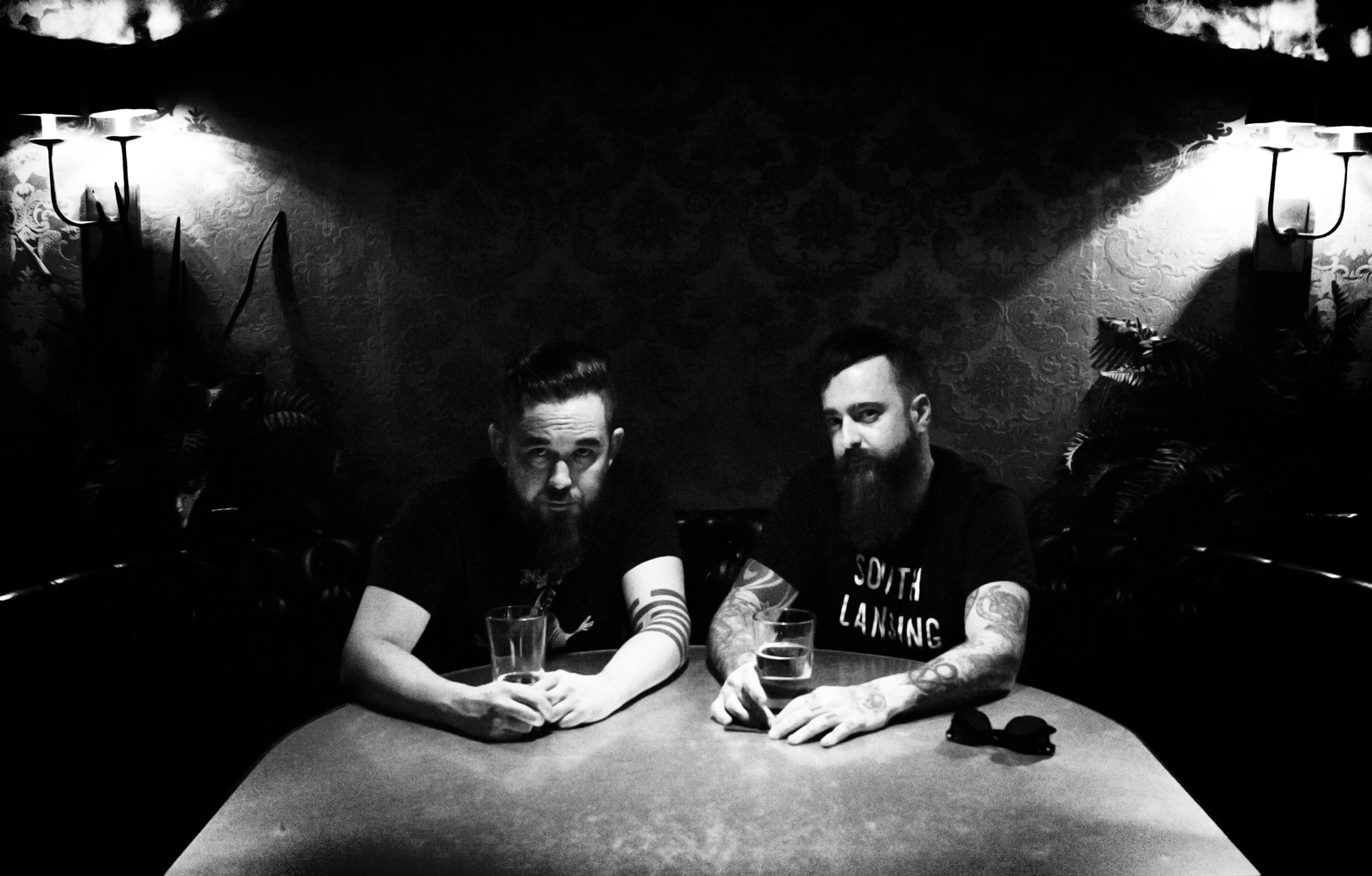 Bitters is raw, in a well-produced kinda’ way, without losing the essential grit that makes a band like Noonday Devils shine. With its 11 songs clocking in at just 31 minutes, both the album and the songs contained on it are short and to the point, and I like that.

“Die In Your Sleep” kicks things off and clues you in right away as to what to expect on Bitters: riff-based stoner rock that drives heavy and hard. First single “Champion” comes in next and layers on the guitars over a sludgy rhythm. Having witnessed the band a few times, it’s great to see Freddy deliver 3 or more different guitar parts with a loop station over Joey’s rollicking beats. It makes a song like “Champion” stand out on both vinyl and in a live setting.

Apparently Michael Parkin of Emperor Asshole laid down some bass for Bitters and that low end comes through nice and purdy on “Stuck”. Freddy croons, “I’m dealing with something/ You’re dealing with me again/ I can’t  even begin to comprehend/ Can’t you see the kind of mess I am? I’ll turn it around yeah”. A bitchin’ guitar solo doesn’t hurt the track either.

The band lets loose on “Leave It Alone”, the arpeggiated blues run on the guitars and Joey’s beat-bop on the kit giving the song a fun and different feel. But it’s Freddy’s relaxed and less serious vocals that really stand out to me. There’s some Big Bopper and Elvis and even maybe a little Brian Setzer or perhaps David Byrne that make the verses on this song truly unique.

While “Medusa” breaks down the tempo of Bitters into newer, slower territory, the next track, “Valentine”, is the first proper ballad on the album. All classic, hard rock albums have to have at least one, right? “Flushed” ramps the energy right back up before “Hybristophilia” (a person who gets sexually aroused over someone else committing an offensive or violent act) brings back that Noonday swagger.

The only critique I can offer Bitters is that the album tends to lack sonic variance as you move through it. But, if you love the Noonday Devils style of music, then great, you’re gonna’ fucking love this album. And I’m not just saying that all the songs are in the same vein. Physically, the tones of the guitars and percussion have a marked similarity. Obviously making a hard rock album like this, there’s always a tendency to maintain a consistency in sound and so, of course, that makes sense here too.

Bitters actually ends with one of my favorite songs on the entire record, “Climbing the Walls”. The tempo is again slowed down for this number, but it’s not quite ballad speed. Freddy’s vocals on the chorus gets stuck in my head for days on end. And the badass accompanying backup vocals are something not heard on the rest of the album either, ending things on a really cool note.

I reached out to the band to dive deeper into Bitters and both Joey and Freddy took the time to answer my questions. Read the full interview below to find out more about the history of the band, the making of Bitters, and what’s upcoming…

YabYum: How long have you been playing music and what got you into playing it?

Joey Floortom: I got my first guitar at 10 or 11. Took lessons for a bit then put it down after a year or so. I picked it back up in my late teens. I then switched to drums because we had 7 People sitting around playing guitar. Someone had to play drums, so it was me. Sold my car and bought a kit.

I was constantly around music. My mom was always playing Motown and my dad was always playing The Beach Boys. I was glued to music videos at an early age. I just loved everything about it. I’ve wanted to be in a band since I was five. My older cousins used to babysit my sister and I and they had a band. I would sit and watch them play and I thought it was amazing.

Freddy Crounse: I played tenor saxophone in 7th grade band, but I asked my folks for a bass guitar when I was 15.

I’d say it boils down to a couple things that really got me into playing: puberty and experimenting with LSD & marijuana. The raging hormonal insanity of puberty had me scrambling to find some coherent way to express myself and, not gonna lie, trying to figure out every which way possible to get laid. Rockstars in the 70’s and 80’s were demi-gods, speaking in rhyme and surrounded by beautiful women. Since I didn’t play sports, why not try that?

The mind-altering substances that found their way into my teenage bloodstream were a huge part of my transformation from a passive to an active listener. Taking things in from an altered perspective revealed a lot of truth and beauty in things that I took for granted. Music especially. I feel like I should leave this quote right here:

“I hate to advocate drugs, alcohol, violence, or insanity to anyone, but they’ve always worked for me.” -Hunter S. Thompson

Were you born in AZ and did you grow up here? If not, when did you move here and where from?

Joey: I was born in Lansing Michigan. I grew up there and a little town called Haslett. I moved all over in my teens and 20’s. Chicago, Florida, tried to move to San Francisco. Moved here about 8 years ago.

Freddy: I moved to AZ in 2003. Did a lot of growing up in Albuquerque, NM, but moved around a lot.

How did Noonday Devils come into fruition? When was this?

Joey: Right when I moved here I met Freddy from a music ad on Craigslist. He was looking for a drummer, I was looking for a band. We were called The Herps for years. We had creative differences with the bass player so we went down to a 2-piece and we were like well, let’s change the name and focus on songwriting.

Freddy: That pretty much sums it up.

How do describe your band’s sound to someone who has never heard you?

Joey: I’m not sure. I think we are all over the place. It’s Rock 90’s influence for sure. Definitely has some garage, rockabilly, punk in there too.

Freddy: I do my best to avoid this question. It’s riff-based guitar rock with pretty simple, straight-forward song structure. Throw in some nagging remnants of teen angst mixed in with a whole lot of “ya did me wrong, woman!” and that should pretty much describe it.

Who are some of the influences that inspired you to make music?

Joey: Rocket From The Crypt, Drive like Jehu, Burning Brides, early Queens of the Stone Age, Oblivians, The Stooges, Bowie, Toms Waits, Elvis Costello, The Smiths, The Sonics. The list could go on forever.

Freddy: Everything Joey said plus Uncle Acid, Black Sabbath, Link Wray, Howlin’ Wolf, Elliott Smith, The Jesus Lizard, Nirvana, And You Will Know Us By The Trail Of Dead, Cheap Trick, The Kinks, and yeah… it could go on forever.

Joey: Freddy usually will come up with some ideas and record a demo and send it to me. I’ll listen to it a millions times and try to think of some cool drum parts. If I write a song, I’ll show it to him and he will take my idea and make it better. I can’t finish a song without him. He’s like my Lennon. Pisses me off because he always throws the coolest line in there that I wish I had written. Ha.

Freddy: Thanks, Joey! I’ll spend months at a time not writing anything, just collecting input and experiences until it all gets processed and, finally, songs come churning out like someone unkinked a hose. Then, I’ll spend weeks in front of my computer trying to get them all recorded so I don’t forget them.

What was the most challenging thing about making your new record? How about the easiest?

Joey: It was our first time in a professional setting with an engineer and a legit studio. Just getting rid of those nerves of being under a microscope was a challenge for me. I’d have to say the easiest part was kicking back with a beer after the drums were done and telling Freddy and Bruce (our producer) what they were doing wrong.

Freddy: The most challenging part was getting the recording to match the sound we had in our heads. Joey and I had a crystallized vision of our “sound”, but a lack of articulation when describing that to Bruce Connole, the man behind the console. Which brings me to the easiest part: Working with Bruce. It really didn’t take him long to understand what we had in mind. And bless his heart for patiently deciphering our requests for less “tsss” in the high hats and more “kuh” in the toms.

I’m hoping the title is in reference to the mix-in alcohol you add into drinks and not the feeling of being “angry, hurt, or resentful because of one’s bad experiences or a sense of unjust treatment”… but maybe it’s both?

Freddy: It’s most definitely both!

What is your take on the PHX music scene?

Freddy: There are some wildly talented groups here in the valley that I feel are inches away from the recognition they deserve. And we need more all-ages venues here. That serve alcohol.

Where and when can we see you perform next?

Time Out Lounge on March 14 with Wurmfur and Mississippi Nova.

I know you just released Bitters but what’s upcoming for Noonday Devils? Music videos? Tours? Are you guys always writing new material or are you working on nailing the songs from the new record for live shows?

Freddy: We’re working on a handful of new songs that will be on the next album and also kicking around some ideas for music vids. We’d like to tour this summer, but we’re running into some dead ends with booking. Know anyone who could help with that? 😊

Catch Noonday Devils at Time Out Lounge on March 14 with Wurmfur and Mississippi Nova for Laura’s Birthday Celebration. 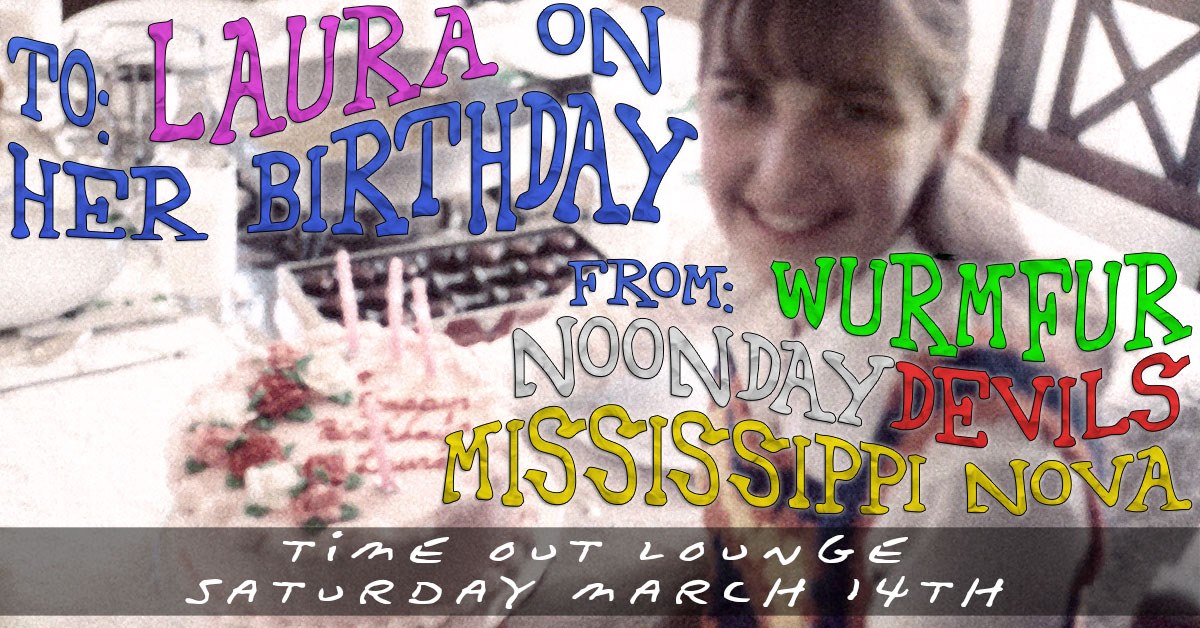 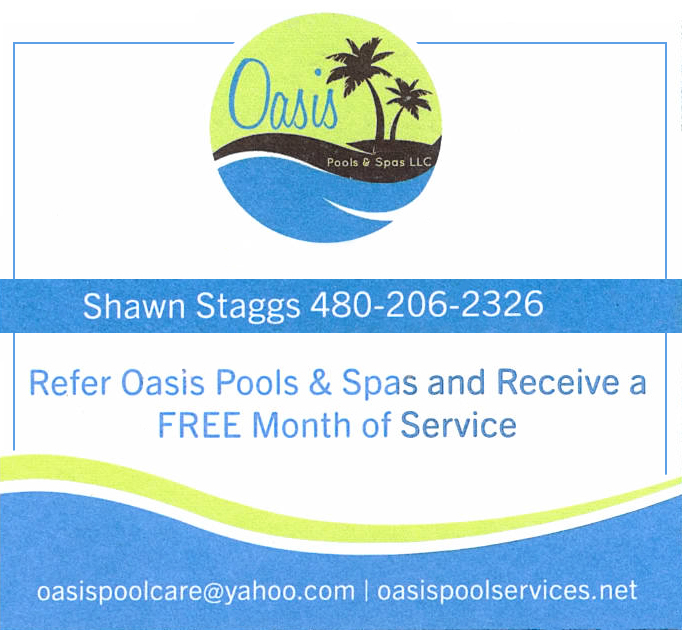