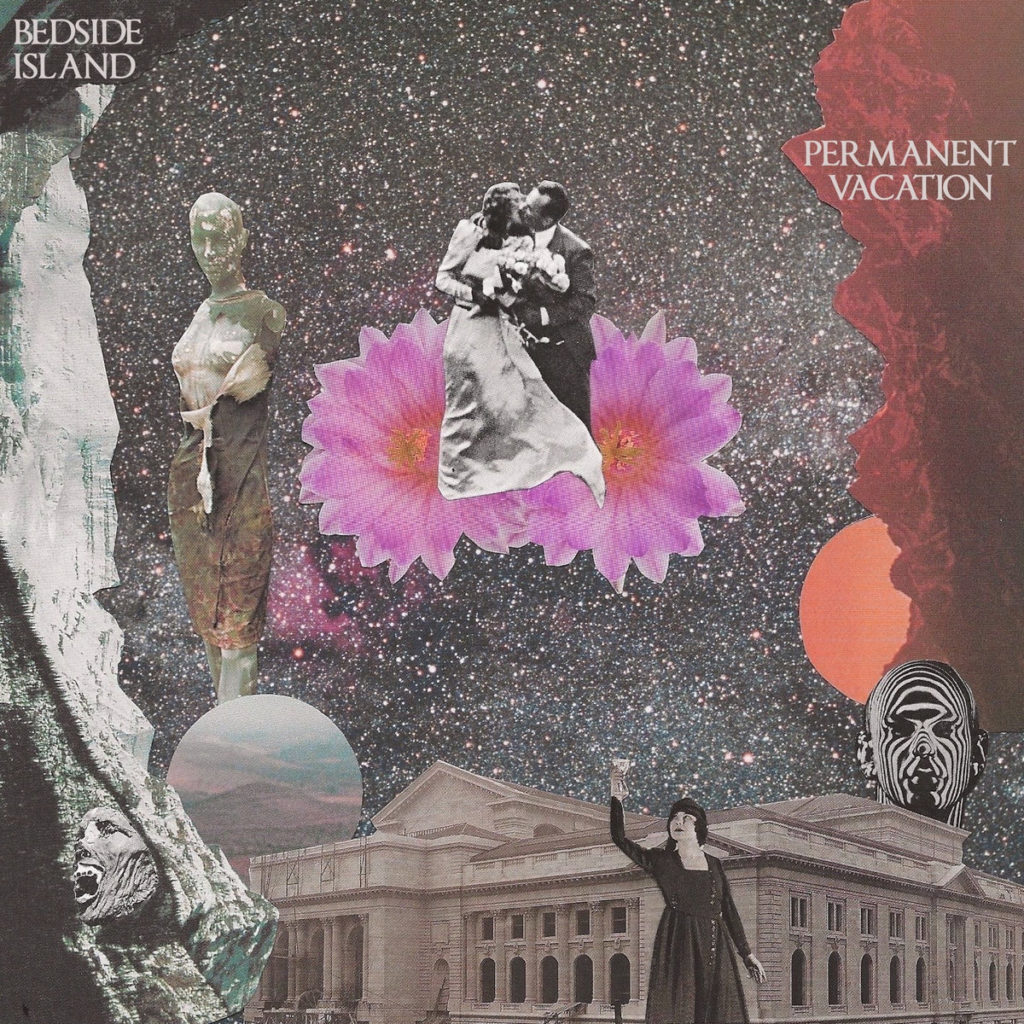 Beside Island is the synth-powered dreampop music project spearheaded by Brian Dellinger, formerly of Kirkwood Dellinger. This under-the-radar band released their first LP just as last year came to a close and, alas, we’re only getting to covering it now. But if you like your pop minimal and mellow, coated in a thick layer of synthesizers, we’ve got your jams right here. Permanent Vacation, the debut release from Beside Island, is a synth soup of varying sounds from the spacey intro all the way to the pop-covered “Carnage” that closes out the album.

Following the intro, “Obsessed with Getting Backstage” applies a bit of an indie slant with some subtle synth-pop touches before the title track launches into the full retro-futurist sounds that start to set the balance for the aesthetic on Permanent Vacation. Within that unique aesthetic, — a little retro synth and a little early indie — there’s a lot of room for variance on this album.

And that variation could have something to do with the impressive and eclectic assemblage of artists who contribute to its creation. The list includes Maureen McCabe (writing, keys, vocals), Elmo Kirkwood (writing, keys), Matt Reveles (vocals, lap steel), Chelsea Dellinger (vocals), Lindsay Potts (vocals), and Clinton Burrier (mastering) while Brian Dellinger contributes with regard to songwriting, production, keys, beats, bass, guitars, vocals, and (one can only assume at this point) a sort of master of ceremonies that oversees the operation.

Moving along, “Eastern Promises” is another indie leaning single from Permanent Vacation that was quick to catch my ear with its lithe soundscape and airy vocals. The song can quickly lift your spirits — like many others found on this aptly titled album. “Ceramic Strawberry” continues along this upbeat path but the psych-synth-jam really starts to take hold.

“Future Legend” and “Circle of Accountability” both come from that Bedside Island hodge podge of retro-synths and indie pop but the emphasis is on the synth side this time.  Then “Win to Play” and “Silent Problem” abate the electronics a little while expanding the instrumental end before “Patient Abrasion” and Swedish Rainbow” complete the oscillation.

Permanent Vacation closes with “Questions About The Carnage” and a lofi pop rumination on truth and relationships to give listeners something to ponder as they bounce their way out of the album. But, don’t worry, you can slip away to a Permanent Vacation with Beside Island anytime you like through Bandcamp or Spotify.