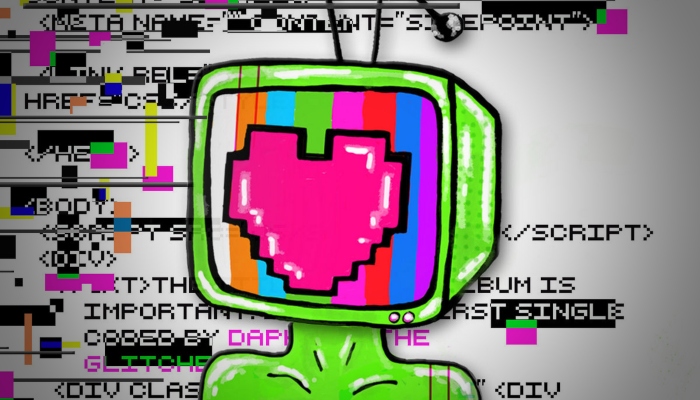 First time Daphne & the Glitches caught my ear was at Dani Cutler’s “Guilty Pleasures” fundraiser for KWSS. Yet I feel no guilt nor shame for loving this band like I do and have been eagerly awaiting to get my hands on some recordings ever since. And “Outgoing Male” is just the double entendre I was looking for. A little bit glam rock, a little bit bluesy psych rock, and a little bit neon 90s nerd pop. Now, if you’re having trouble tying those three things together, don’t worry, Daphne & the Glitches did it for you on their new jam so just hit play below and listen for yourself. I’m hoping this track is just the beginning of a long and beautiful musical endeavor. Like/Follow to keep up with these new cats on the scene.

The Denver band known as CITRA describes their sound as “grit-rock” but I’d say it’s more heavy melody-driven rock. There are some prog-rock elements and an arena rock power on delivery and production. The layers of instrumentation will lift you up as the lyrics talking about sinking to the drowning depths of the ocean… or love. They might be talking about love. What really stands out for me about CITRA is the proficiency of the players. Each element, from vocals to guitars to the rhythm section, all stand out crisp in their execution. Hard to believe this band has only been playing together a few short years. Check out “Ocean” below and keep watch on CITRA. They’re heading out on tour this summer and might be passing through your town!

The local indie rockers who perform under the moniker Juniper Ridge indulges their folk-punk love with this new single, “I Don’t Know”, which just dropped a few days ago. The song is at once an anthem to love and an exploration of the complete disarray of emotions that accompany plotting out a life plan when one doesn’t have a clear path to follow. It’s an upbeat, angst-ridden banger for kids thrashing around house shows with the downer element tucked into the lyrics à la AJJ. But the shittiest thing (said in a good way) about the feelings contained within “I Don’t Know” is that they can hit just as hard at fifty-five as they do at twenty-five; the balancing of contending wants; the passions and the responsibilities. You know, it’s like The Unbearable Lightness of Being but with a banjo.

This Phoenix 3-piece makes some seriously trippy alt-rock, but what else would you expect from a band called Ego Tripping? The band released a five track EP earlier this year and “Impression” kicks off the sonic pilgrimage. As soon as the song begins, I know some of you, like myself, might start to worry that you are in for some spaced-out hippie jam session. And, dear readers, you are not entirely wrong, but I promise you “Impressions” is a psychedelic journey you want to embark upon. And that goes for the rest of the EP too. Now, most aural landscapes tend to stick pretty close to sea level but Ego Tripping likes to climb mountains and then descend deep into crevices hidden in the Earth’s crust. So pack a lunch as you prepare for the journey through space and time that is Reflections 1 by Ego Tripping, but you can start with a sampling and test out the first track below.

Liquid TV just released their 12-track LP on Valentine’s Day this year and this new single offers us a deep cut off that album. “Colors” kicks off with an early alternative feel in the instrumentation, but the vocals definitely kick up the sense of distress for this number. The garage rock quartet (formerly known as The Shandies) address the stress and anxiety of a relationship teetering on the edge of collapse in this track so no surprise they went heavy on the angst, but they manage to do so in a fun way. Take “Colors” for a spin and then dive into A Violet World from Liquid TV. Other early favorites from the album include “I Just Want to be Cool” and “Laughter Now”.