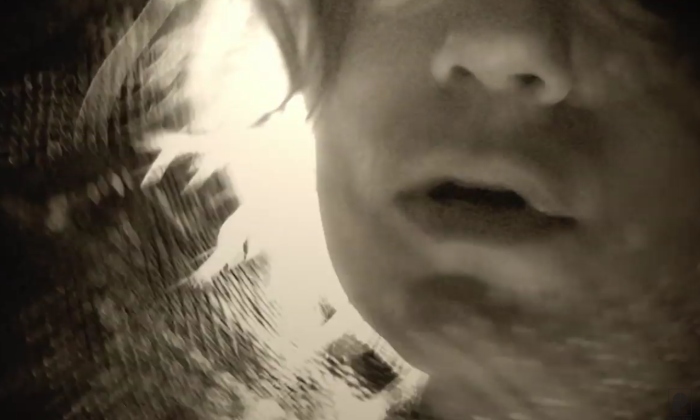 “IS THIS REALLY LOVE?”

It was just last month that SLWLY released their debut EP, XOXO, before joining the lineup of McDowell Mountain Music Festival earlier this month. That’s pretty snappy spot for a new music duo just starting to make waves in the Phoenix scene. But, once you catch, the radiant indie-electro vibe of the SLWLY sound, you’ll understand these cats are offering something a little different from other musical acts in the area. “IS THIS REALLY LOVE?” offers listeners a love song in Miami Vice neon with a smooth and sultry gloss. This track just kicks off XOXO so make sure you dive into the complete EP after you take this tune for a spin… preferably down a palm tree lined street at sunset.

This super chill single leads the listener to a calm dream space before making you start to think about the decisions you’ve been making. Mixing lofi synth pop with R&B influences, MOLTENO shows she knows just how to set a mellow on “Tripping Up.” The stripped down soundscape will have you bopping your head while the vocals get transcendental, moving from earthy and mundane to straight up celestial, as the lyrics explore the mistakes we make but aren’t ready to stop making. And, btw, the music video for “Tripping Up,” directed by Daisy Moseley, captures the feel of the track in the visual aesthetic perfectly so I definitely suggest checking it out for the fully immersive experience.

Just about every musician, even the successful ones, have to face some crushing defeats in their careers. It was after one such blow that Magdalena Bay wrote this song. “Story” dares artists to dream big. Elvish vocals are backed by an animated soundscape that gains power as the listener gains confidence. This is a track you want to have at the ready for those days you feel discouraged. Magdalena Bay will put a SoCal synth flip on your downtrodden spirits in under four minutes.

This next indie-electro duo comes to us from San Francisco with vibrant harmonies and dynamic soundscapes. NRVS LVRS (“Nervous Lovers,” for those in question) are gearing up for the release of their new EP, CULT LITE, with the release of this new track. “Far Away” addresses those close in proximity, but mentally distant, creatures that surround us, isolated by suffering, emotional or otherwise. The atmospheric vocals in juxtaposition to the brooding synths create that languishing sense as one struggles to overcome interior battles. Give “Far Away” a listen below and like/follow NRVS LVRS to stay up-to-date on the forthcoming EP!

When I saw the words “electronic noir-pop” attached to LOU CANON, I knew this was something I wanted to hear. “Ancient Chamber” has just the right amount of weird to really captivate me. The song is hypnotic, beginning, at first, with a pulsating beat too fast to really space out too, but eventually the steady thud of the drum gives way to the lushly growing psychedelic landscape LOU CANON crafts with her voice layered with synth sounds. When both the track and music video are experience simultaneously, it can be somewhat difficult to discern where the dreamworld ends and reality begins so I suggest remaining seated for at least ten minutes. “Ancient Chamber” is but one track from LOU CANON’s new album, Audomatic Body, which is due out on Paper Bag Records in May. You can place your pre-order here.