Releasing a couple of singles in 2019, the band has now released their debut, full-length album, Capacity for Illusion. All while playing a whole host of shows around the Valley and gigging from Bisbee to Flagstaff of course.

Capacity for Illusion sounds like classic, alternative rock with a dash of psychedelia thrown in for good measure to create a modern sound. Matt Morgan, Lee Pickett, and Josiah Rodriguez have roughly been playing for a year and half together and the multitude of influences they bring to the band is evident. While many of the lyrics are dark and brooding, much of the musicality is poppy and fun. Take the first song, “The Man in Blue” for instance. Catchy guitar riffs lay the groundwork for darker lyrics: “The man in blue is out for you/ His eyes are floating in his head/ Stagnant and dead; soon you’ll be there too.”

Early UVC single, “Headstone”, and the song immediately after, “Slave”, are other great examples of this. While both songs sound like modern takes on classic 50s/60s rocknroll the lyrics are far more somber. “Oh, mother iris,” Matt sings on Headstone, “Please send me home/ Tilt my head back, and pour the water down my throat/ Oh, mother iris/ How heavy are my eyelids? Take us to our headstone.” Meanwhile, “Slave” contains the passage “Fleeting are the days gone by/ And I feel her/ Getting further everyday/ But in my heart, I’m her slave.”

Early standout tracks for me on Capacity for Illusion include the two and half minute, instrumental trip “Road Spice” along with the heavier, rocking number and very next song, “Walls of Ice”. The band breaks it way down on “Today”, while current single “Fever Dream” is an excellent commentary on living in our current day and age and all that comes with it.

I realized that I needed to find out more about Ultraviolet Communication so I reached out to the band and they obliged me with answers to my questions. Read on to discover how UVC came together, the process of making Capacity for Illusion, and where you can catch the band next…

YabYum: How long have you been playing music and what got you into playing it?

Lee Pickett (drums): I have been playing music for 11 years. My dad plays guitar and my parents would play records around the house so I had always grown up hearing music at home. Being in that sort of environment allowed me to develop my desire to play.

Josiah Rodriguez (guitar): It’s been 13 years for me. I didn’t really grow up around music, but I started taking piano lessons at age 9 and I really enjoyed it. Playing music became the only thing I ever wanted to do.

Matt Morgan (bass/vocals): I started playing guitar about 7 years ago. I heard a couple riffs from a band I’d recently taken a liking to (The Black Keys) and decided to see if I could learn them. After I figured those out I had a desire to learn as much as I could and dove right in.

Were you born in AZ and did you grow up here? If not, when did you move here and where from?

Josiah: I was born in San Dimas, CA but moved to Yuma when I was about 5 and have been in AZ ever since. I moved to the Valley in January of 2017.

How did UVC come into fruition? When was this?

Josiah: When I moved out here to Phoenix I put an ad up on Craigslist in hopes of finding some people to jam with and in December of 2017 I got an email from Lee. We met up for a coffee and talked about bands we were into and hit it off pretty well. We jammed together for a couple months and then I got a text from a friend asking if I knew any good drummers for studio work. I sent him Lee’s info and they started meeting up to jam with Matt who had recently joined the project. Matt and Lee weren’t into the direction that the project was heading and Lee invited Matt to jam with us instead.

We all met up for the first time together in mid May 2018 and have been jamming together ever since.

How do describe your band’s sound to someone who has never heard you?

Who are some of the influences that inspired you to make music?

Lee: John Densmore (The Doors), and Peter Criss (KISS) and probably my father, are a few big ones for me.

Josiah: Steven Drozd (The Flaming Lips), Brian Wilson (Beach Boys), and tons of jazz musicians like John Coltrane, Herbie Hancock, Dave Brubeck, etc. really inspire me to think outside of the box when it comes to writing.

Matt: Alex Turner (Arctic Monkeys), Dan Auerbach (The Black Keys), and Paul McCartney (The Beatles) would be some of my main influences. 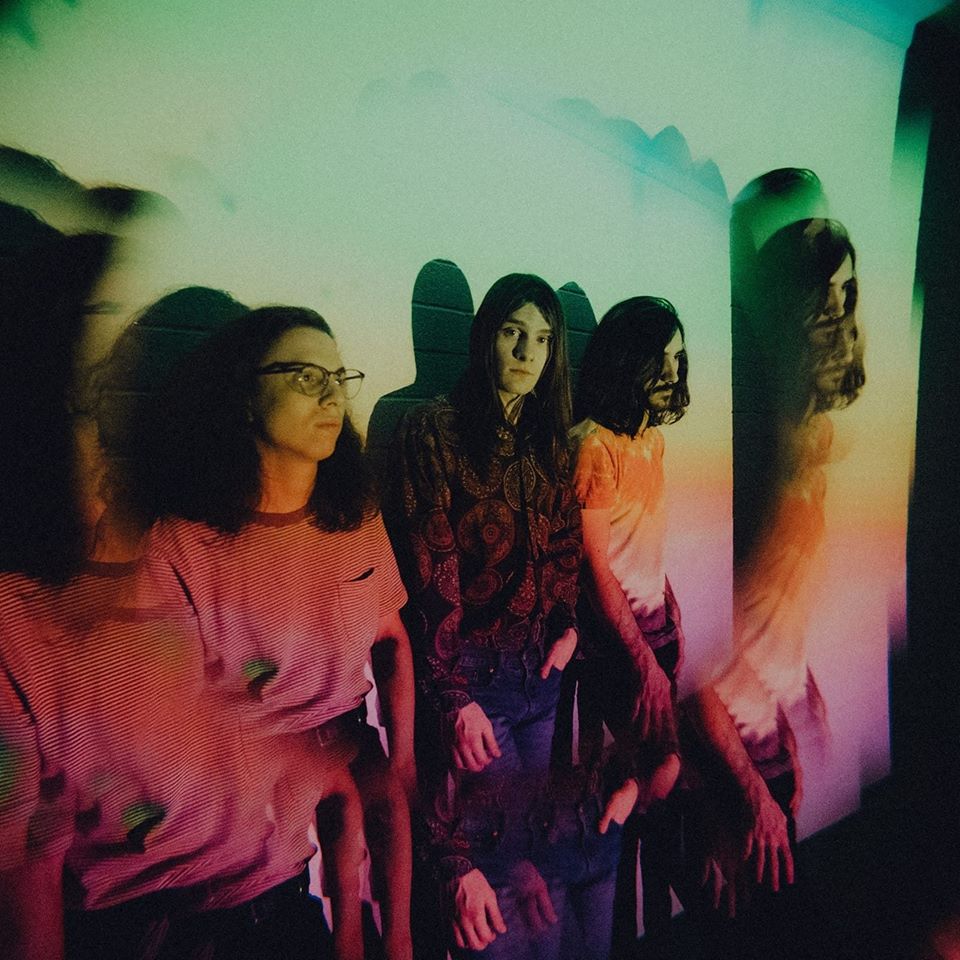 Do you all write the music and lyrics or does one of you come up with a basic song idea and some words and then it gets fleshed out from there?

UVC: Its kind of a toss up from song to song. Sometimes one of us will write a whole song with music and lyrics and we will all work on the arrangement together. Other times somebody will bring a musical idea with little to no lyrics and we will work on parts of it separately, in pairs, or all together.

We all consider ourselves compositional musicians so we are all always writing something whether it be a musical passage, lyrics, or a melody.

Please tell us about your new album Capacity for Illusion. Where did you record it? Who engineered it?

UVC: We recorded it at Premier Studios in Phoenix and Josiah engineered it. We then sent it off to Wyatt Blair at Lolipop Records in Los Angeles for mixing and mastering.

What was the most challenging thing about making your new record? How about the easiest?

UVC: The toughest things were adhering to a budget, time constraints with studio time, and getting all of the non-musical aspects (scheduling photo shoots, getting cover designs, figuring out release dates, etc.) of the record in order.

The easiest part was recording it. We booked the studio for a week and we had a ton of fun going in everyday building on what we had done the day before.

I really like the cover art and it’s retro feel. Who put that together and where was this photo taken?

UVC: Thank you! We reached out to photographers Trevor Novatin (@trevor_novatin on Instagram) and Kimberlee Morgan (@filthyfl44mingo) and sent them a few references of old record cover photos we all liked and they scouted a few locations for us that fit the aesthetic. We took the photo on the corner of 1st street and Roosevelt in Phoenix and then we sent the photo to graphic designer Veronica Gomez (@veronicaxgomz) to design the typography and layout of the cover.

Where and when can we see you perform next?

UVC: We are playing next on February 24 at The Rebel Lounge and February 27 at Valley Bar.

I know you just released Capacity for Illusion but what’s upcoming for UVC? Music videos? Tours? Are you guys always writing new material or are you working on nailing the songs from the new record for live shows?

UVC: We are always writing new material and working to perfect our live set by practicing everyday and playing as many shows as possible. We are also hoping to hit the road for a tour late spring/ early summer.