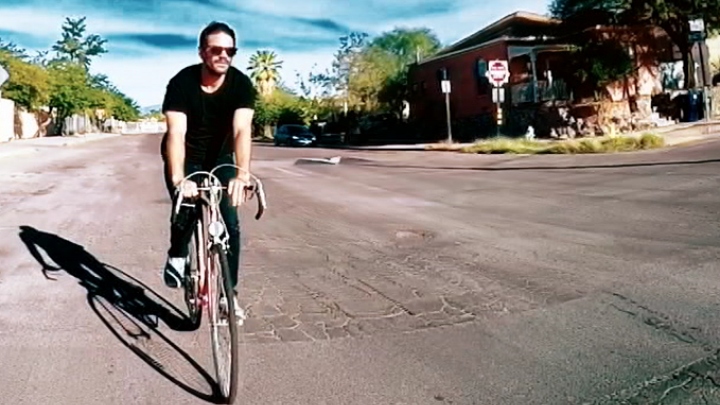 The Tucson act known as Dirt Friends are gearing up for their new EP, Close Enough, and “Parties & Vices”offers fans a sneak peak.  The song actually serves as a pretty good introduction to the band as well. Dirt Friends kick off the track with a clean indie sound, and maybe only a hint of garage rock, but as “Parties & Vices” plays on, there’s something a little proggy and a little psych that seeps out around the edges. Once you give “Parties & Vices” make sure you check out the band’s first single of 2020, “Arizona”, for some dusty desert indie and join us in the wait for Close Enough which should be out sometime next month.

Indie singer-songwriter Alicia Blue seems to be part of the 70s folk flower child revival happening right now. And Los Angeles is definitely the epicenter of this revival and the city where Alicia Blue currently resides. As the “Queen of Echo Park” plays, you can imagine yourself in a hallucinogenic haze along the boardwalk of Venice Beach in 1971 were it not for a few modern permutations that start to kick in after the two-minute-mark. Lauren Ruth Ward, one of my favorite spicy-margarita-drinking singer-songwriters, lends her voice to Alicia Blue’s latest single to achieve twice the bohemian style in one stellar song. Spin “Queen of Echo Park” below and like/follow Alicia Blue because her new album drops at the end of the month. Don’t miss out!

El West is definitely packing more punch on their track “Heavy Hitter” than you’ll hear from these more mellow indie singles. This PHX act rides a melodic line between alternative and indie-rock.”Heavy Hitter” marks the first single from the band’s CD, Illume, which just came out on Feb. 21st. The track was produced by Beau Burchell and has that classic El West emotional-but-in-a-tough-guy-way feel. Paired with the stellar drum work, starry guitars, and expressive vocals the band always provides, you really can’t go wrong. Tackle “Heavy Hitter” below.

Annie of the Canyon

Wasn’t I just talking about the 70s revival happening among indie-folk singer-songwriters? Well, Annie of the Canyon captures that same spirit on her debut single, “Santa Barbara”. This free-spirited love song still harbors some heartache in its easygoing lyrics and matched melody. Annie of the Canyon sings in a soft and sweet voice that seems like it would find a home oceanside or roadside anywhere, but truly comes to life in the sun-soaked stretches of the California Coast and the canyons that cut away from it. “Santa Barbara” is a promising start for this burgeoning songwriter so make sure to follow her on Spotify to stay apprised of new singles…

The ambient indie-folk of Mouse Dog Bird has a calming melancholy to it on this new track. “Not To 50!” is as soothing as familiar sorrow. A grief revisit. A lover once lost remembered. Johnny Raincloud, the musician behind the moniker, describes Mouse Dog Bird as “a collaboration of ghosts” so it is little wonder that this prevailing echo of remorse carries through to his music. “Not To 50!” comes to us from Mouse Dog Bird’s latest album, Endling, which came out in December. Give the single a listen and sink into the minimal soundscapes of Mouse Dog Bird before securing your own digi-download of the complete album.