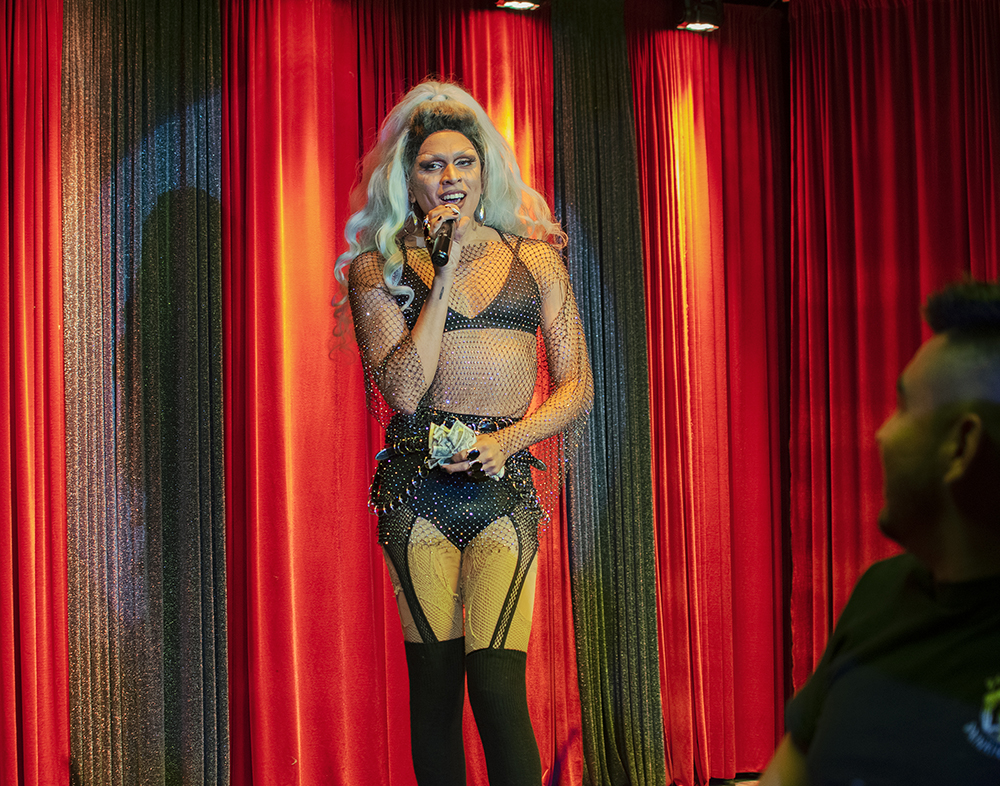 All photos by Logan Lowrey-Rasmussen

Hidden in the wide open, the queer paradox known as the Phoenix-metro drag scene has something for everybody: whether you’re in the mood for pageantry, goth, high-fashion, or the down to earth, every day (except Monday) there seems to be a new drag show at any given gay bar in the Melrose District.

One performer who quickly became a staple in my photography career goes by the name of Rubye Moore, host of The Beatdown at The Rock. Rubye first captivated me when I covered The Queer Agenda for Echo Magazine in its original incarnation, and while she rules the talent-show formatted Beatdown, her dry sense of humor and quick wit are a mainstay in multiple shows around the valley. The Beatdown operates monthly on Sundays since December 2018, out of palsy gay-bar The Rock, in Phoenix’s Melrose District off of 7th Avenue.

“I wanted to create a one-night, low pressure competition where the contestants can get to know each other backstage, [and] get a chance to meet the performers on the judges panel,” said Rubye Moore. “I got my start in a newcomer competition at BS West, [so] I wanted to create another opportunity for newcomers to get more stage-time at a bar [which] they might not have [had the chance to]. 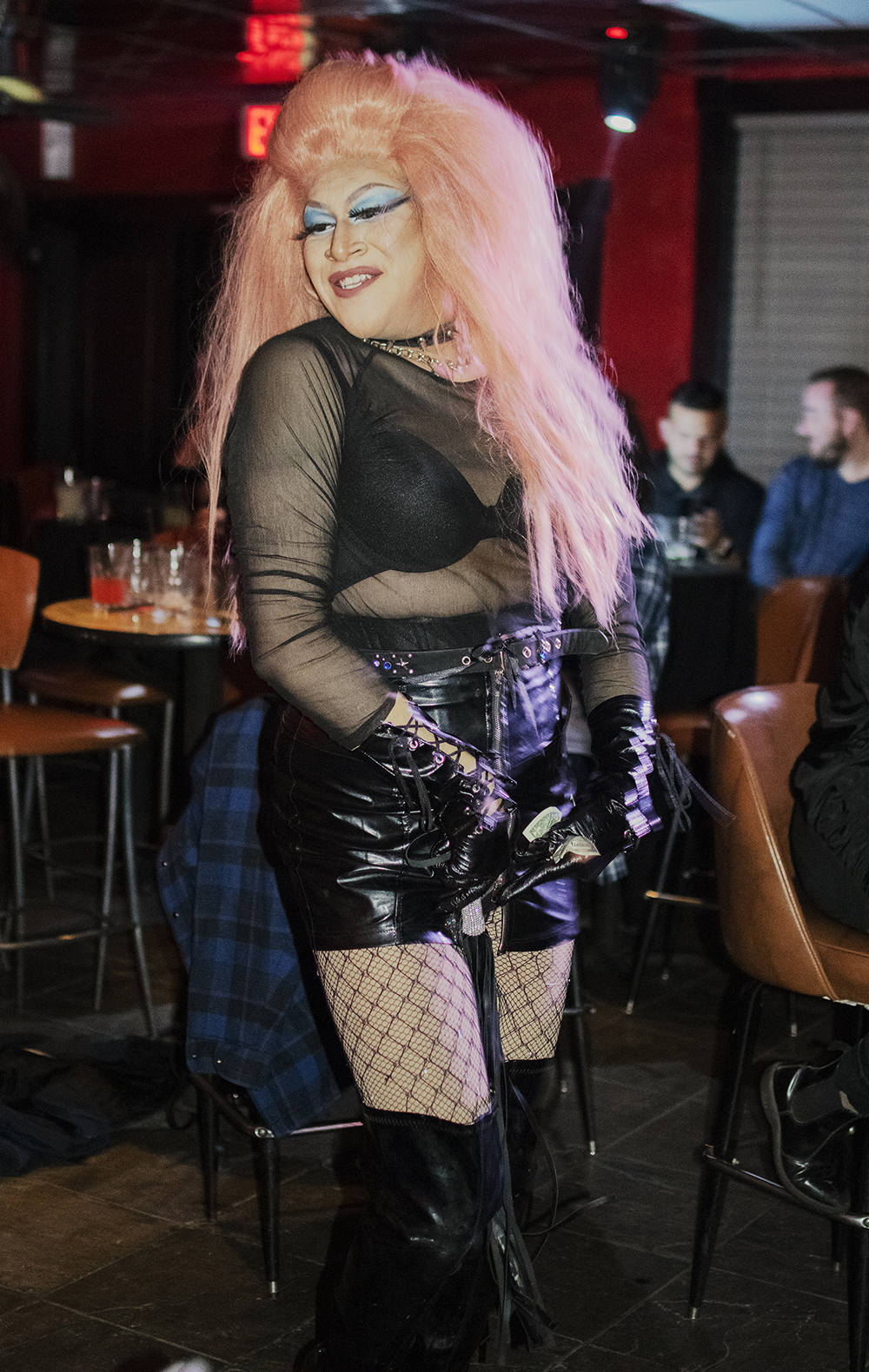 Reflecting more American Idol or The X-Factor than RuPaul’s Drag Race, the format includes two performances by three contestants with three judges made up of seasoned drag performers of the community. The November 3rd show I attended also featured bonus “pop-up” performances, or single guest-spots, from Pyraddiction and Lola VanHorn. Judges like Kim Etiquette and Dvyne spoke to me after the show on what it takes to perform and what they look for in new performers.

“As a judge. I look for someone who has great attention to details, a clear concept, and executes [the concept] in their performance while still being entertaining,” described Dvyne. “A pet peeve I will say as a fellow performer and also a judge would be: never forget the judges are watching you; from the moment you walk into the dressing room until the moment you leave the venue,” Dvyne continued. “Performers should take away a sense of accomplishment and be proud of what they presented on the stage; whether win, lose, or draw, it takes a lot of nerve to get up and perform in front of your peers and get judged.”

Kim Ettiquette said the ability to include the audience in your number excites her, “Being interactive and improvisational, but not so much [where the stage performance gets lost. I look for how fully-realized [the idea is], and what might be some potential to elevate it.” 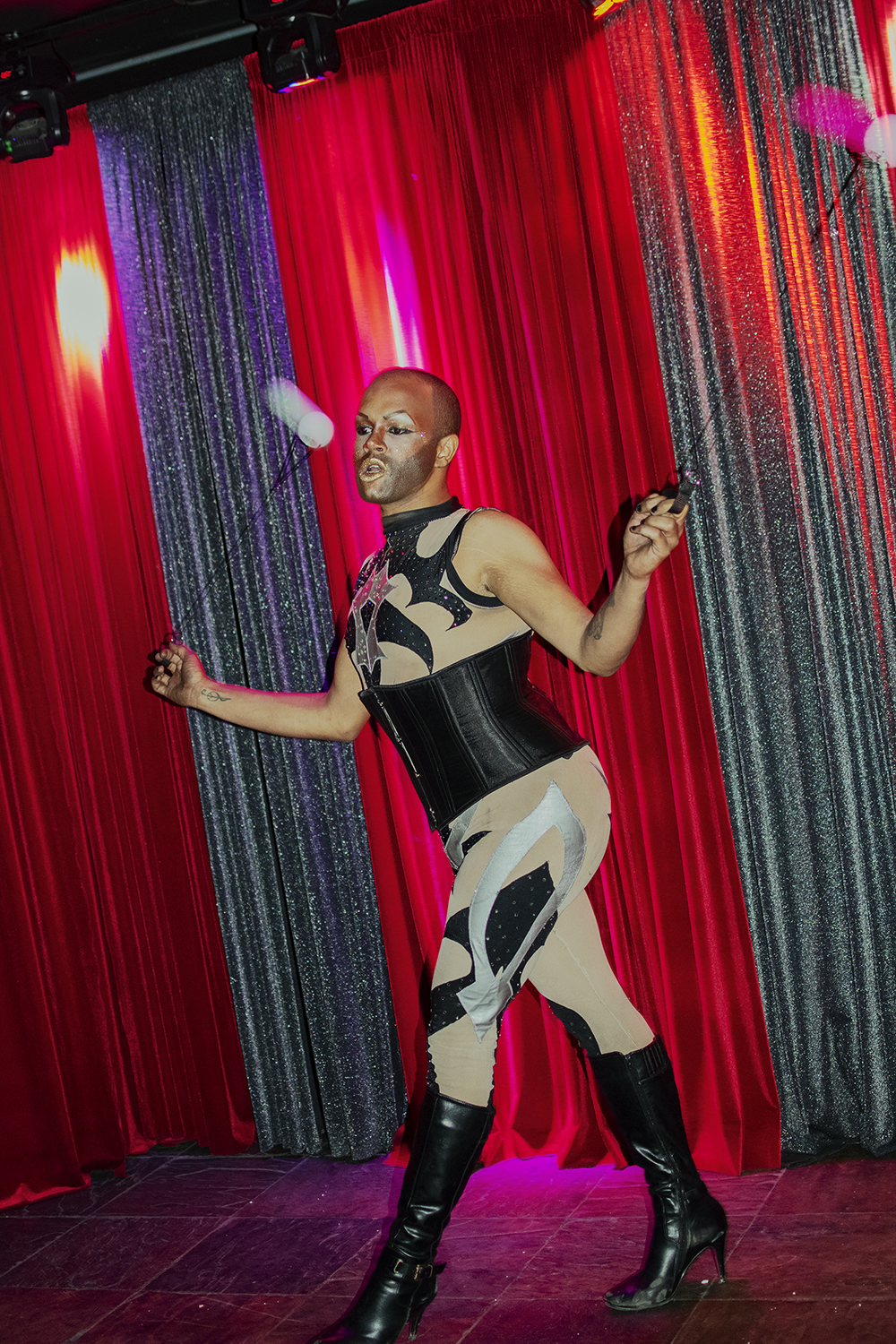 Guest performer Lola VanHorn chimed in on commanding an audience even when you aren’t performing for judges, and the importance of commanding it. “Having only one chance to capture the audience, your performance in comparison to over twenty other [performers] must captivate a tired audience who wishes they could smoke in the venue,” Lola VanHorn quipped.

Now that I knew what it took to be a contestant from all angles, I interviewed Casa Grande-based queen-on-the-rise, Lucy Purr, along with Melrose newcomer Miss Marlene Marvelous. Having met with them and drank with the gal-pals on various occasions, I had no problem getting to the beef of how they felt about their performance.

“I felt good about my performance, [but I wish] I had more time to prepare and rehearse; working full time and living out of town [in Casa Grande] makes that a challenge for sure,” said Lucy Purr. 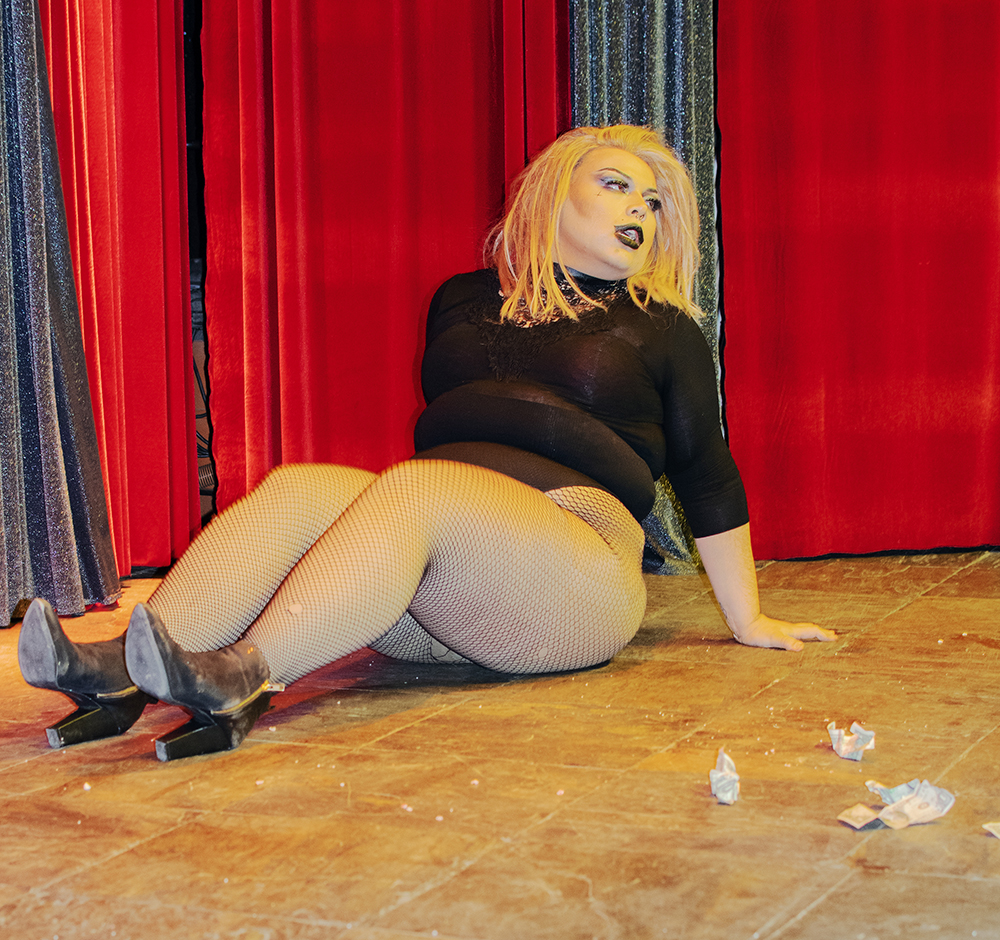 Purr also reflected on the lessons she learned pensively, but felt optimistic about taking the judge’s criticism into the future. “From what I can recall, they said I had stage presence, but my performance was too much, and I needed to let it simmer a little bit,” Purr confessed. “ I always feel lackluster, so it was a change of pace to hear [that criticism and] made me re-evaluate how I want [my drag] to be perceived.”

Miss Marlene Marvelous felt elated by her own performance and the ability to showcase her new ideas, but said she needed to rehearse routines more in order to polish her act: “I think the judges see me as ‘high energy’ [with] great storytelling; I come up with these characters and ideas that match up with the theme or feeling of the song I’m performing,” Miss Marlene Marvelous explained.

The blood, sweat, and tears put into this show by the performers and staff are evident by the no-nonsense attitudes of their responses. On the stage, characters are brought to life by proxy: sometimes a drag persona is a close extension of their actual self, and for others, there is a distinct separation. Rubye Moore reflected on a successful year she said she didn’t think would be achieved for years to come: 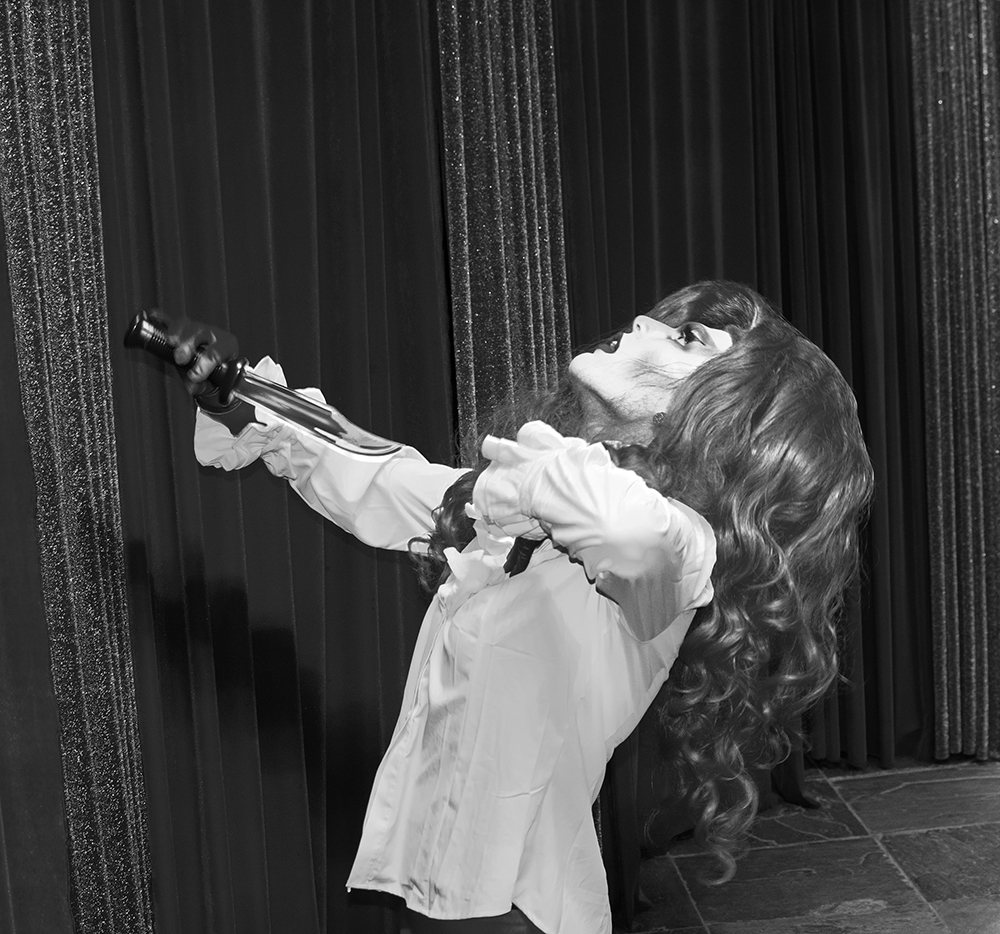 [Hosting a show] gives the audience a chance to get to know you, hang out with you, and be entertained by you throughout the show’s entirety,” said Rubye Moore. “It made me become more extroverted, unafraid to be goofy, and it drove me to be a better performer all around.”

In her four years of drag, Rubye learning about herself was a challenge from wanting to do everything. She listed the diversity of genres and her love of glamour in drag as the aspects which drive her. After contestants compete in The Beatdown, Rubye Moore hopes contestants will continue to do drag in Phoenix, whether they win or not:

“The Sunday crowd at The Rock are full of some amazing characters, [and]  I also hope they feel comfortable talking to me about anything [which] can help them further their drag careers.”

Check out Rubye Moore’s The Beatdown every first Sunday of the month at The Rock in Phoenix’s Melrose District with the next event happening on February 2. The event is $5 and starts at 9 PM. 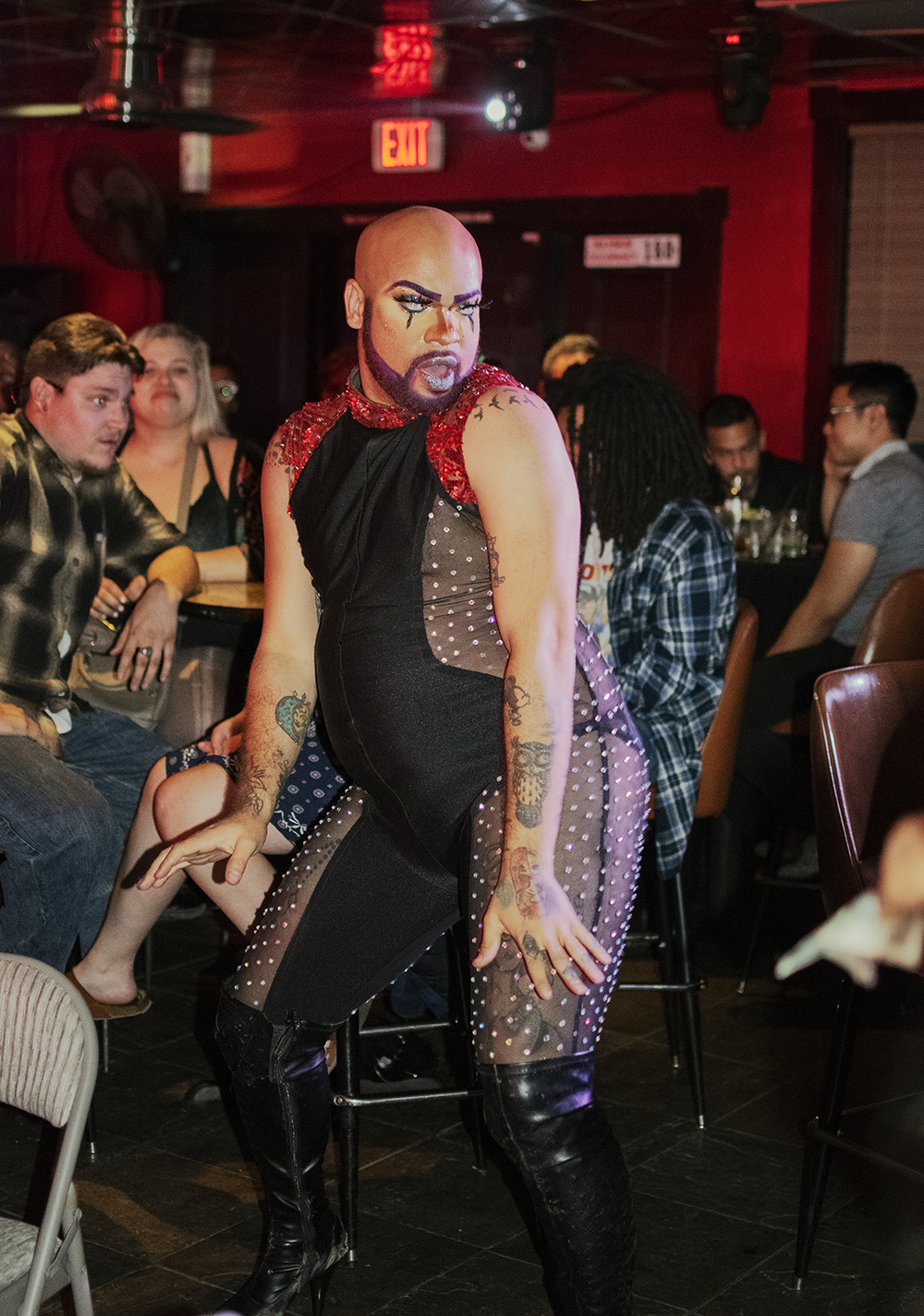 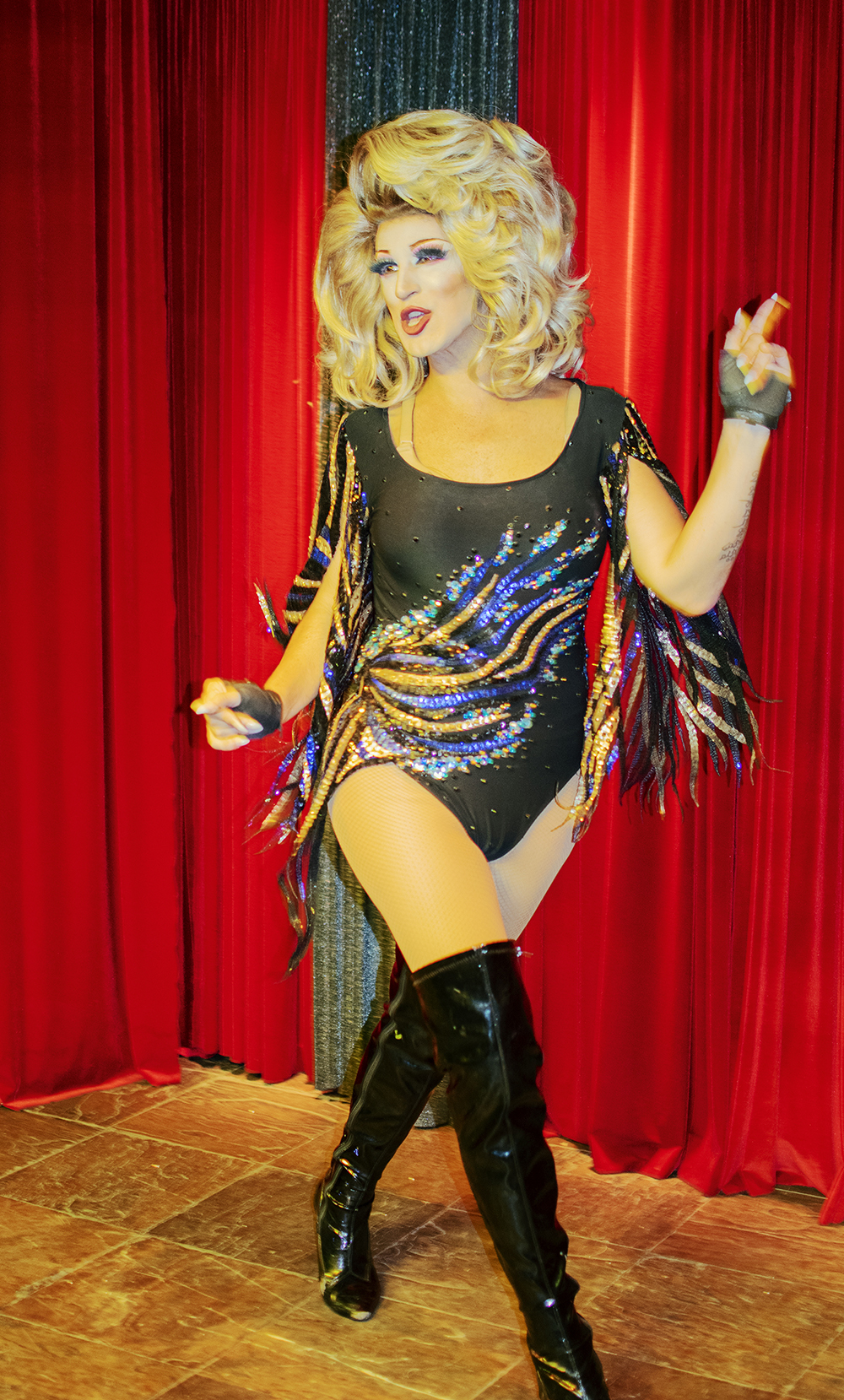 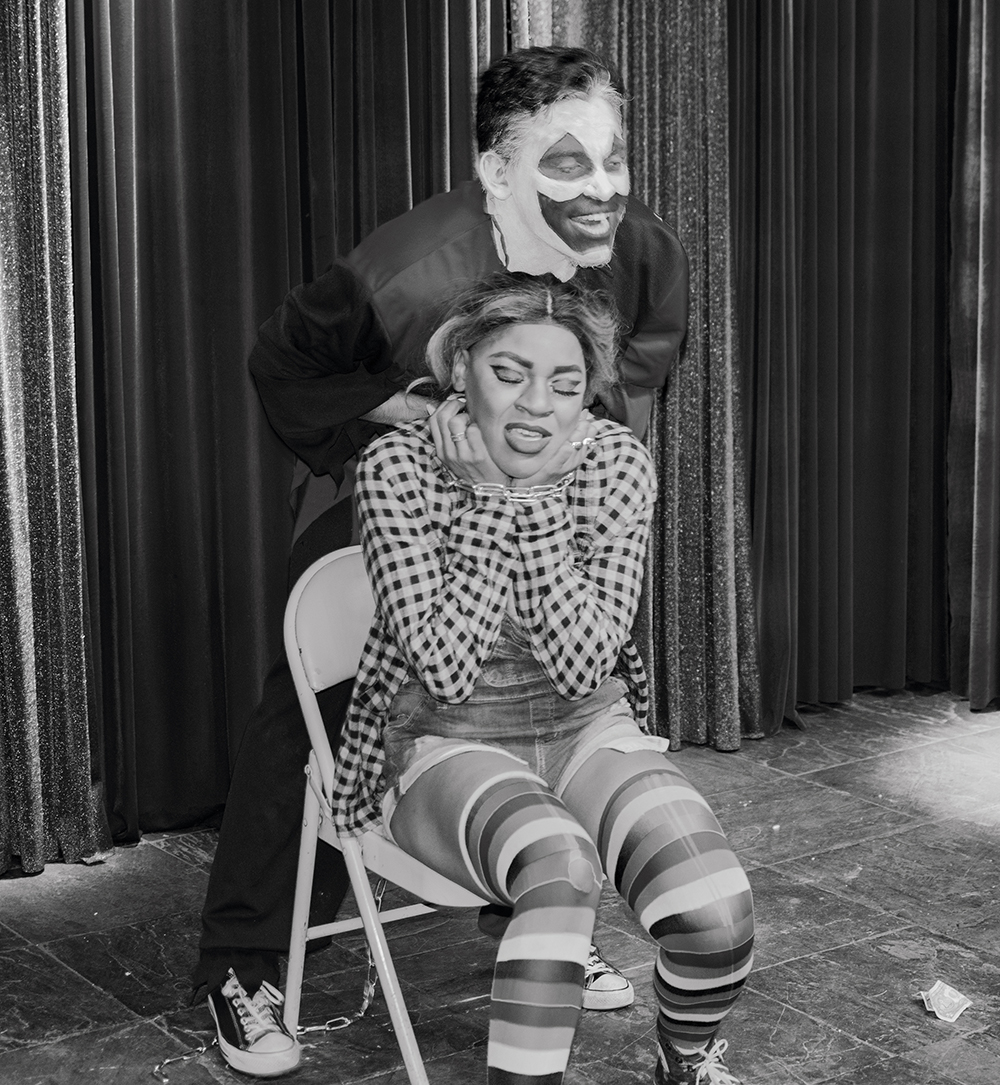 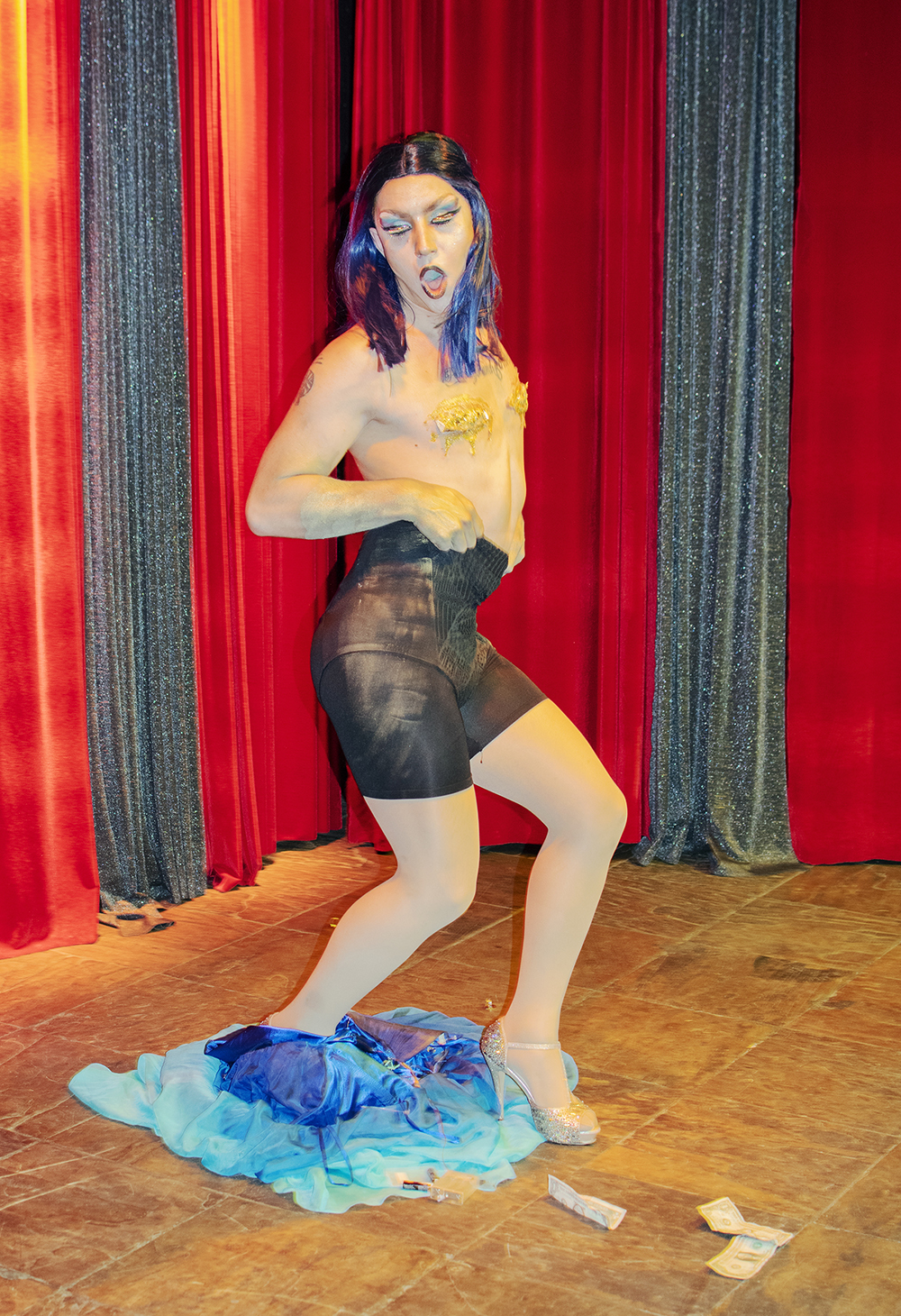 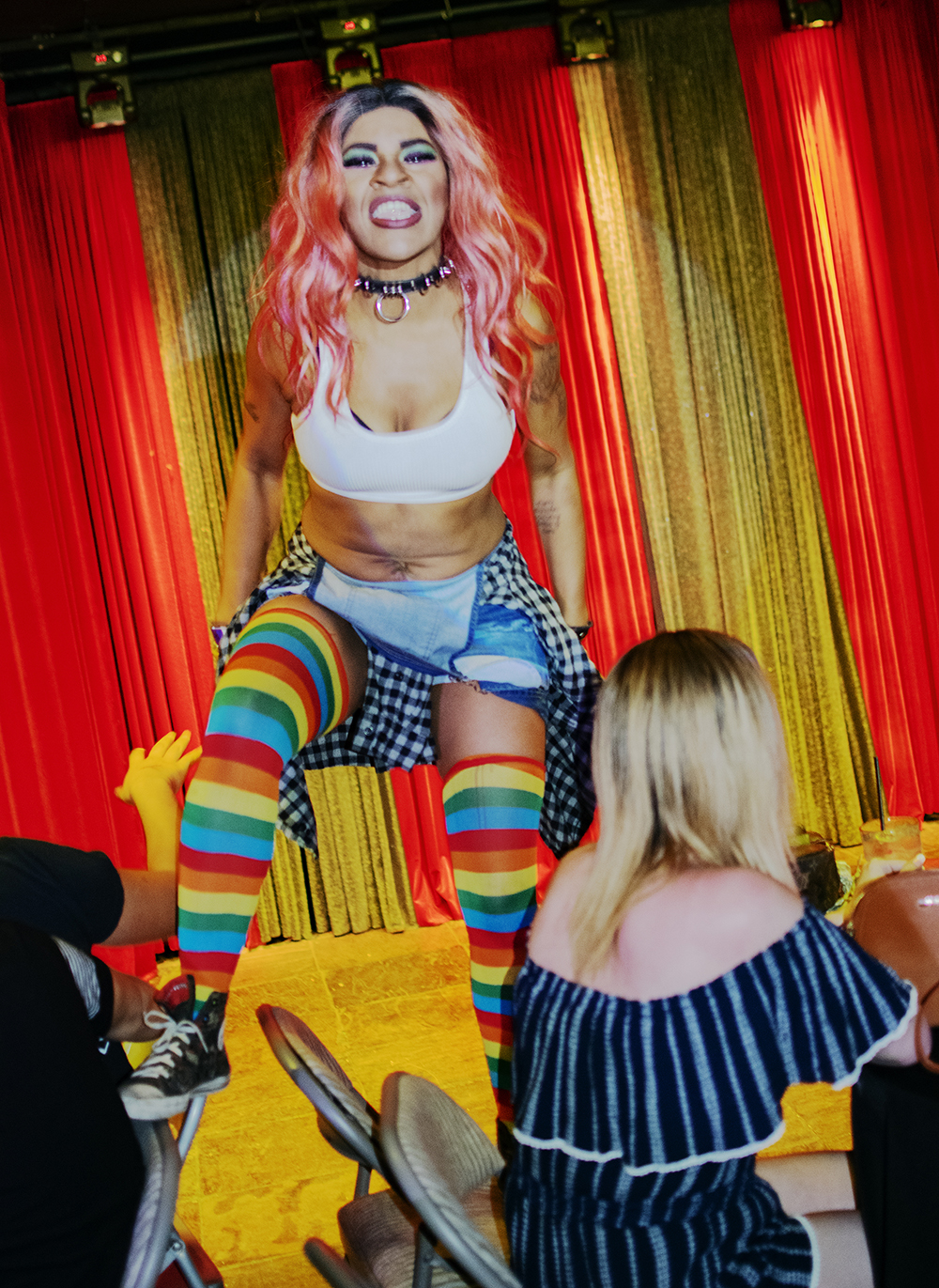 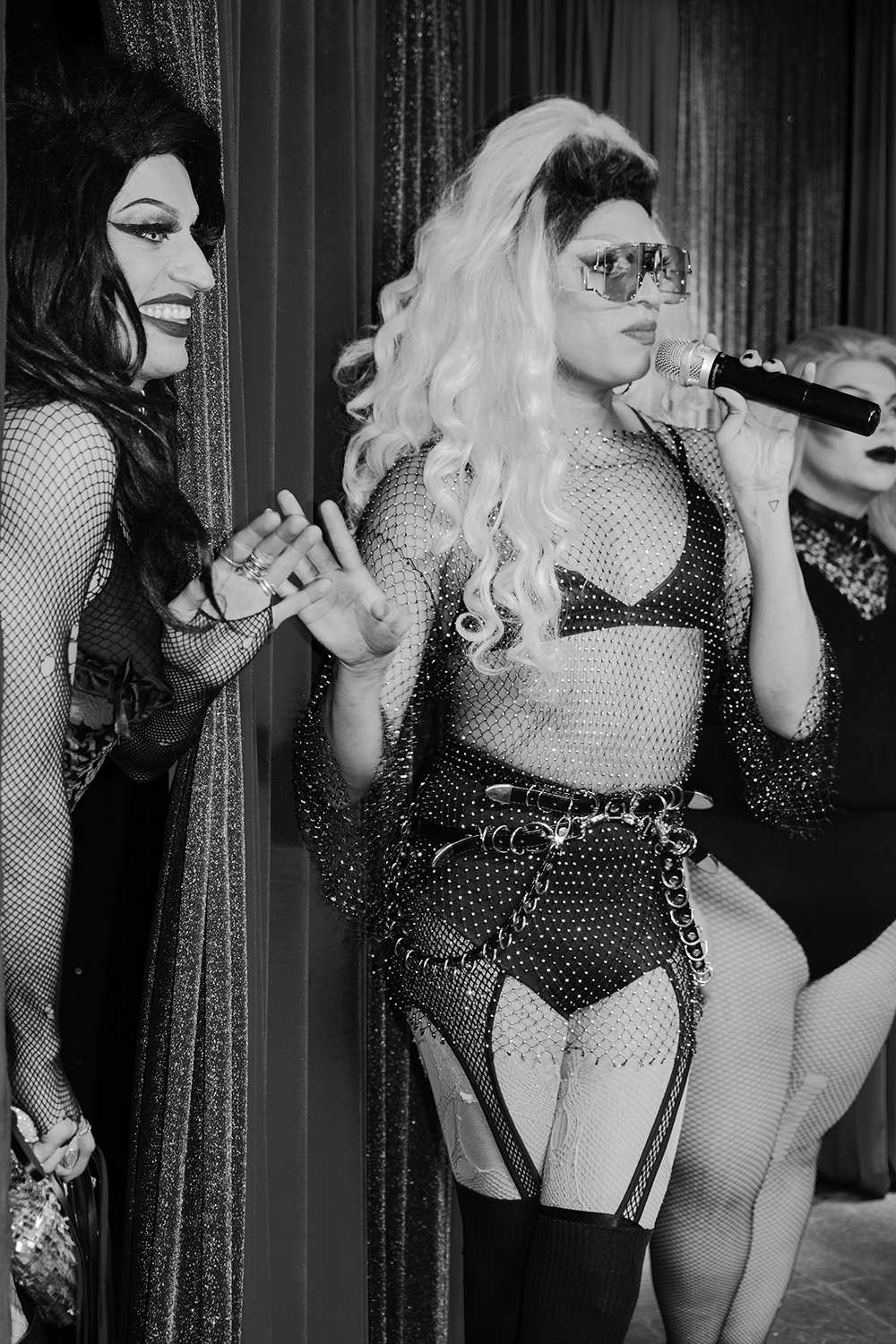 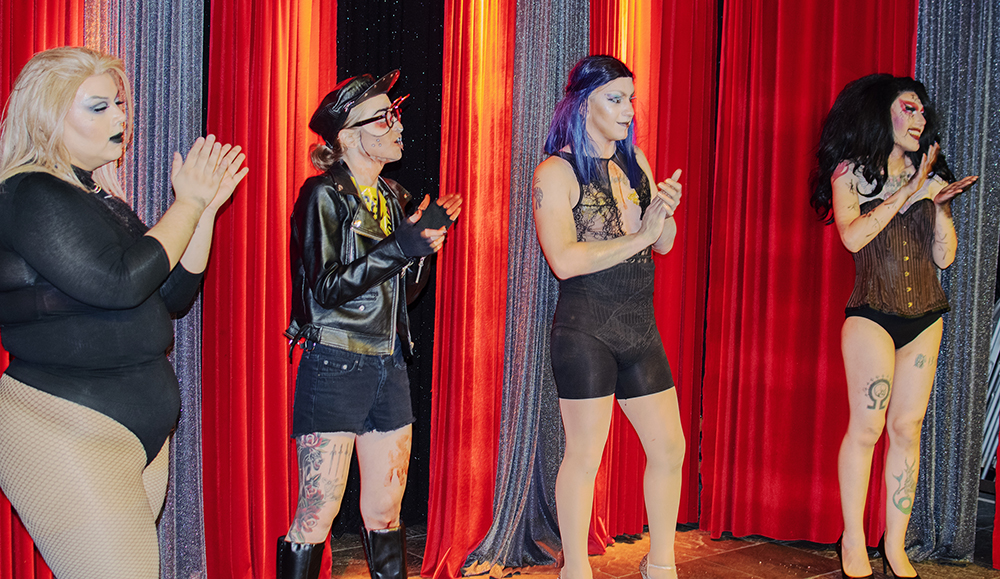 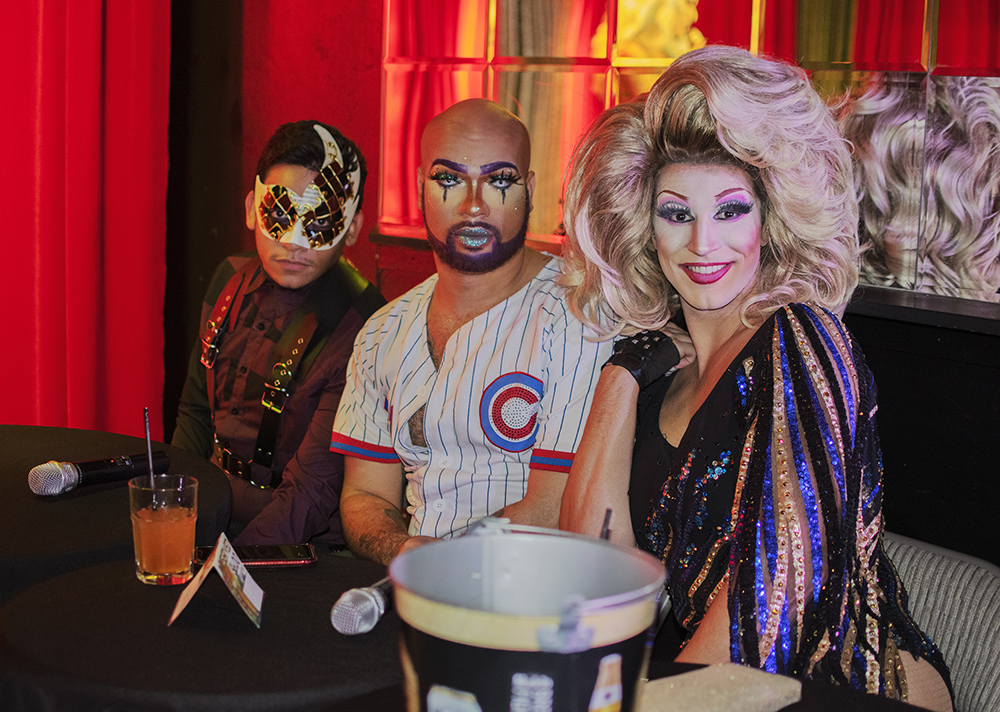 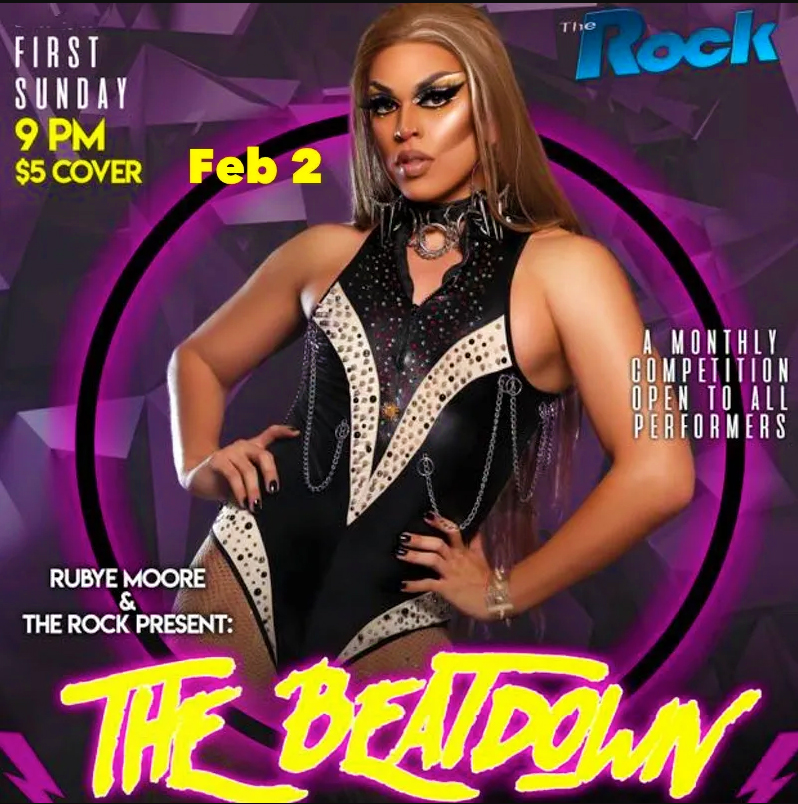