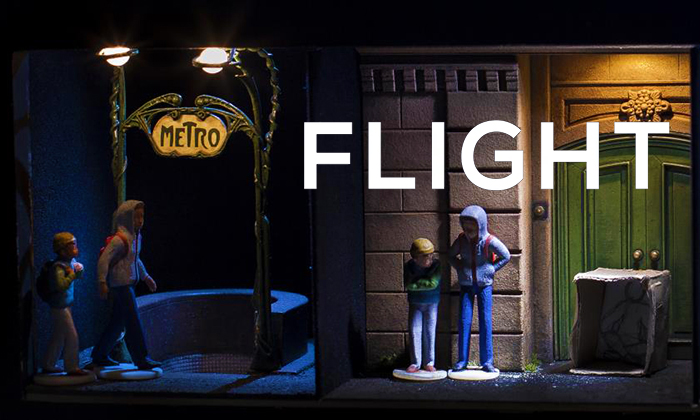 So I just saw this show.

A show so unique that I don’t know which box I should try to put it into. A show that built its own unique box. An amalgamation of several mediums, all and none simultaneously. Not quite film. Not quite theatre. Akin to reading a graphic novel, but with a vocalized narrator. Speaking only to you. Telling you a story of hope and suffering and the loss of innocence. The reality of the migrant experience, told through the eyes of children fleeing violence and oppression with hopes of finding a better future.

Flight is by Vox Motus, a Scottish touring theatre company. Based on the novel Hinterland by Caroline Brothers, and adapted by Oliver Emanuel.  While playing at the Tempe Center for the Arts, it’s brought to us locally as part of ASU Gammage’s Beyond series.

The audience is partitioned into individual booths. In it, a chair and headphones. And darkness. Facing a slowly-spinning carousel equipped with meticulously crafted 3D dioramas that come into view perfectly in sync with the narration. Lit in a way that allows for the stagnant to evolve as images shift due to rotation and shadows. Moments of nothingness feel like staring at an advent calendar as a child. Waiting in excited anticipation to discover what still remains hidden.

I would like to go on. Contemplate the themes, and explore their relevance to the here and now. And normally, I would. But for this show, I am compelled to keep as much secret as possible. Because I went in knowing very little. Having no expectations. No biases. Just a clean slate and an open mind ready to experience the unknown. And I did so. And it was pretty darn incredible.

Flight is playing at Tempe Center for the Arts until February 1. Tickets are only $20 and can be purchased online. The show runs 45 minutes. For more info visit the Vox Motus website. 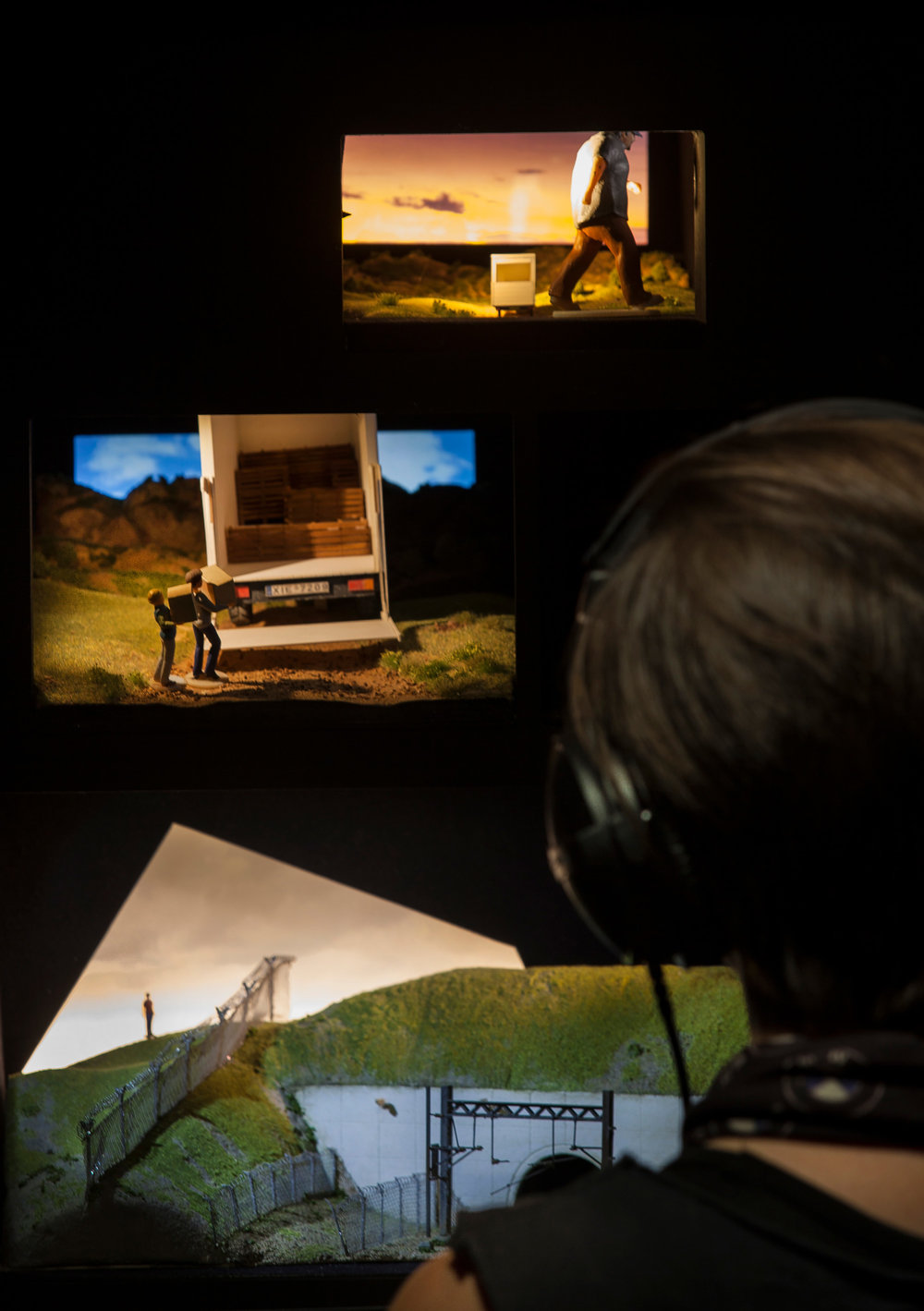