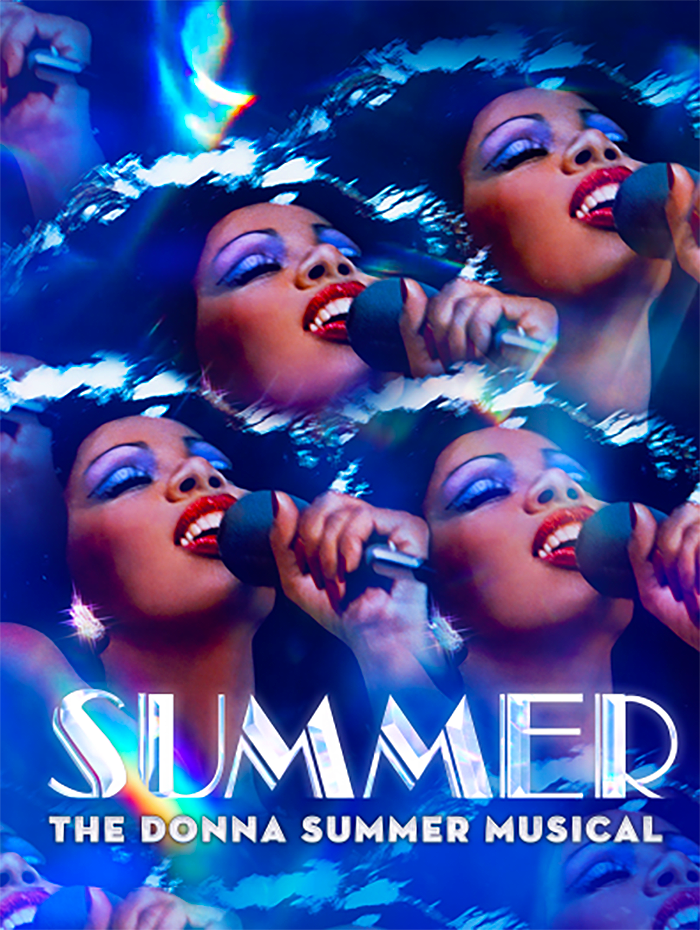 Summer: The Donna Summer Musical first appeared at the La Jolla Playhouse in late 2017, then moved to Broadway in 2018. It closed in late 2018, after 27 previews and 288 performances. The show recounts Summer’s story, starting in her childhood. Three actresses of varying ages play her in life stages. Duckling Donna is her youth. Disco Donna her early career. And Diva Donna at the top of her game, the undeniable Queen of Disco.

I have not been shy about my skepticism of jukebox musicals, especially bios. In most cases, they come off as a money grab. An easy way to get butts in expensive seats, rather than thoughtfully creating a new piece of art that will make a profound statement of some sort. This is not to say that they cannot be great. There are, in fact, several masterful jukebox musicals. Unfortunately, Summer: The Donna Summer Musical is not one of them. Entertaining, yes. But it does not pay full justice or reverence to the woman, the legend, and her legacy.

I admit that it is not my era. Not my music. In the realm of female music stars, I grew up with Madonna and Whitney Houston, Maria Carey and Gwen Stefani, Taylor Swift and Beyonce. But I am familiar with Summer’s biggest hits, consider her an absolute icon, and admire how she rose from obscurity to one of music’s best-selling artists. Especially because musical theatre was the catalyst for her epic rise to fame. And even more so now, understanding the many challenges she faced along the way.

The volume of challenges depicted is perhaps the show’s main crux. It covers too much, making the cadence utterly head spinning. After the first few minutes of laying the groundwork, everything accelerates, leaving little time to absorb a story pillar before moving on to the next. The further into the show, the heavier it gets. As depicted, nearly everything positive in Summer’s life resulted in pain or negative consequence. From her faith, to her young motherhood, to her commercial success. Every positive outcome had an equal and opposite negative, resulting an overall joy deficit. Summer is portrayed as a victim of consequence, over and over again. Taken advantage of. Exploited. I was hoping for a jubilant night of female empowerment and instead left the theatre feeling pretty bummed out. And, thanks to the incessant strobing and flashing lights aimed directly into my eyeballs, a minor headache ensued immediately thereafter.

With all that said, there were some huge successes. Paul Tazewell’s costumes left nothing for the wanting. Comprised of everything anyone could ever wish for in a show set in the era of disco. Summer’s glittering feather jackets, furs, and slinky gowns, adorned with crystals and diamonds, were absolutely mesmerizing. The ensemble, disco dancing in tight adrogenous suits with pops of glitz. The small impactful changes of a headband or a cardigan to indicate seamless character shifts. Thoughtful choices adding exuberance to the otherwise gloomy storytelling.

There is also absolutely nothing negative to be said of the incredible performances by Dan’yelle Williamson as Diva Donna and Alex Hairston as Disco Donna. Both tore the house down with their flawless voices, powerful charisma, and the star power required by such an epic protagonist. Every song was impeccable. Williamson and Hairston were impactful enough to make up for the vast majority of the book’s deficits. Absolute superstars. They made the show ultimately worth the price of admission. And I would venture to guess that most people who saw the show fell asleep that night still admiring the stellar performances, and otherwise unfazed by the show in totality. In which case, perhaps this jukebox bio achieved exactly what was intended. Filling the house with people nostalgic for the music, and delivering unforgettable powerhouse performances.

Summer: The Donna Summer Musical played at ASU Gammage on January 7-12. Upcoming stops in the tour include St. Louis, MO from January 16-25, Denver, CO from January 28-February 9, and Chicago, IL from February 12-23. Tickets can be purchased online.