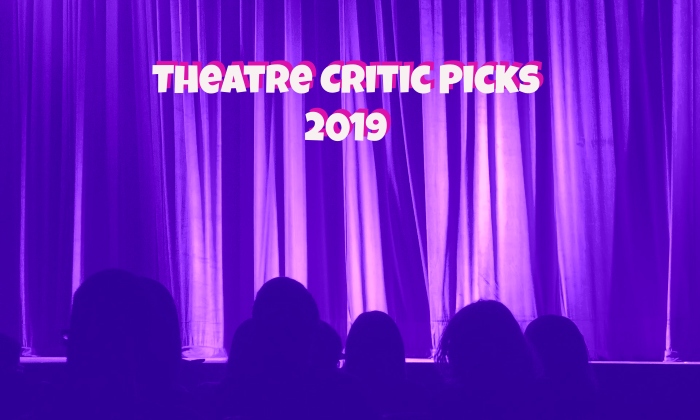 The decade ascends into history, and we enter 2020 anew. Another year of incredible local theatre comes to a close.

January is a month of reflection. A month for recognizing the highest highs and letting go of the lowest lows. A month of “best of” lists and remembering the moments and experiences that meant the most to us. So, in that vein, here are the YabYum Theatre Critic’s Picks for 2019, in descending order.

It will make you laugh. It may make you cringe. And it will likely compel you to invest in the soundtrack and listen to the opening number on repeat because it’s so darn catchy. Unapologetically offensive, this touring show takes the cake for my most enjoyable theatre experience of 2019.

2. The Sound of Music
The Phoenix Theatre Company
November 13 – December 29

A classic musical with huge shoes to fill, this rendition got everything right. Arriving just in time for the holidays, I was grateful to share it with my mother and grandmother for Christmas. And it resulted in my favorite quote of the year. Grandma said very confidently as we walked out of the venue, “Tell your readers that it may be the best show I’ve ever seen!”

A show very close to my heart, with tremendous significance to my youth. I especially love sharing this show with kiddos, which I was grateful to have the opportunity to do. The show presents magic in spades, while also providing teachable lessons. It challenges preconceived notions of goodness. Thoughtfully considers popularity, bullying and friendship. A Broadway staple, and always an enjoyable ride.

A fabulous show on its own merits, this production made brave choices and was emboldened by absolutely exceptional performances. I experienced this show in new ways, discovering previously unknown nuances and complexities in characters I thought I understood. Flashy and uplifting. Somber and heart wrenching. An absolute joy to experience..

I first saw the blue men over 20 years ago, and have done so a few times since, always enjoying the production. But this tour was elevated to a whole new level. More robust and fulfilling than ever before. A new take on a performance art classic. It was spectacular, and I look forward to seeing the franchise continue to evolve under its new Cirque ownership.

This rendition of the Sonheim gory musical noir was perfectly perplexing. With iconic characters presented in interesting new ways. Terribly dark and disturbingly silly. The juxtaposition of both at just the right velocity. It arrived just in time for Halloween, and provided the opportunity to indulge in a meat pie immediately prior to showtime.

Presented in workshop form at the festival. Bare and unembellished. Performers on a blank stage. No costumes. No scenic design. Just words on paper. And it was one of the most powerful shows I experienced this year. Full of triggers and catharsis, it addresses mental illness without any fluff. A show I support, advocate for, and am looking forward to eventually seeing staged and produced, allowing its full potential and impact to shine through and bring awareness to the struggles of psychological challenges.

There is something exceptionally satisfying about seeing young people taking on challenging roles written for them. Especially in shows that, more often than not, cast adults playing youth roles. This production showcased the tremendous talent of the metro’s youngest performers, and felt more like a touring company putting on their best work than a local youth production. Very impressive and impactful.

This new work out of the Boston Fringe Festival was gritty and unpolished. Shocking and risqué. And it hit hard with genuine depth and sincerity. Staged thoughtfully and performed superbly, it was surprisingly powerful without solely relying on the inherent shock value of the script..

This show ticked every box in my theatre-nerdom box, with an indelible sharpie. Weaving the lore of the creation of the ‘little known show’ Hamilton into the broader lexicon of Broadway. Absolutely hilarious and silly, with performances worthy of the greatest stages on the Great White Way. It was definitely a 2019 highlight.